The 5 Most Important Players For Texas A&M In 2017 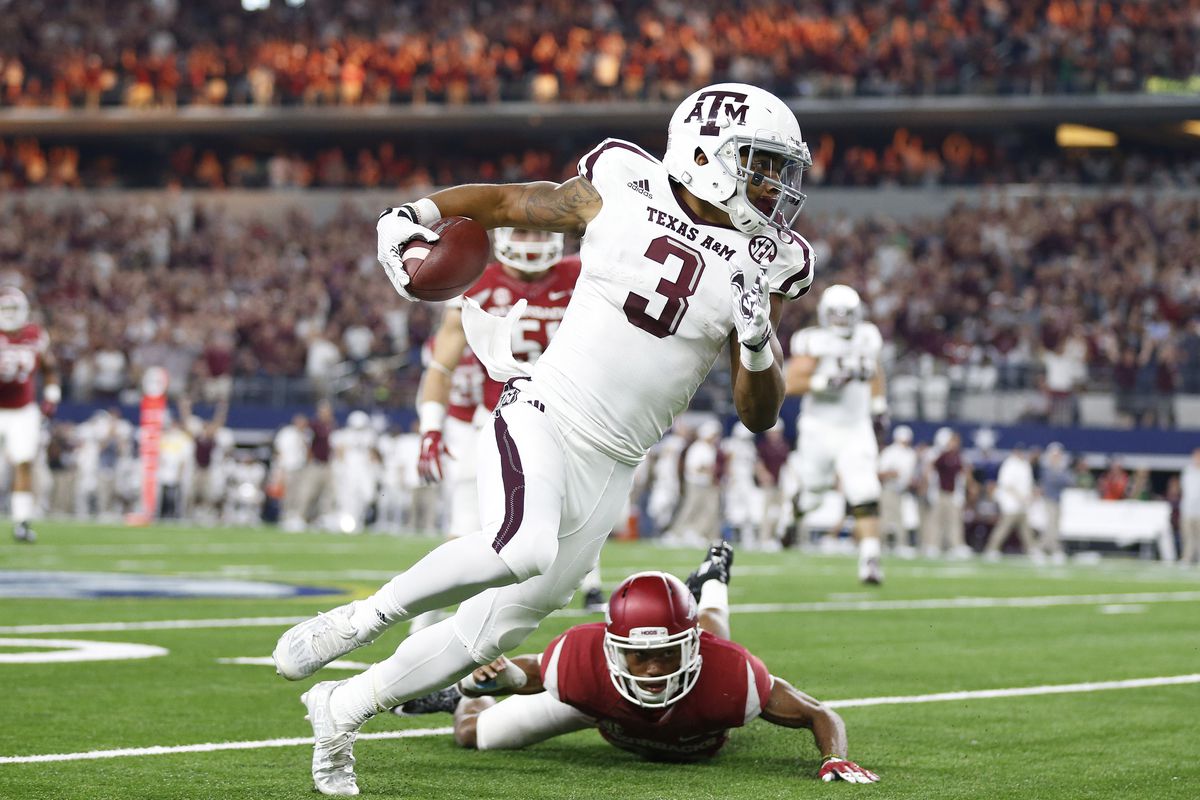 Start strong, then fizzle late. That’s been the theme of Texas A&M football for the last couple of seasons in the SEC. Entering 2017, this much is clear: this is a make-or-break season for Kevin Sumlin and the Aggies based on the words of athletic director Scott Woodard.

Talent has never been an issue with A&M (recent recruiting results show that) but the talent hasn’t been able to quite come together in the last three season. Sumlin has gone 11-13 in SEC play during that stretch and knows he needs a big year in order to keep his job. Who will help his cause by stepping up?

These are five players that will have a hand in shaping the Aggies’ season in 2017. Some names are ones that fans are familiar with; others not quite as much. (Note: These players are in no specific order of importance).

Choosing Christian Kirk on this list is just like saying it’s going to be hot during the summer in Arizona. It’s just going to happen. In his two years in College Station, the Scottsdale, Ariz. product has established himself as one of the most dynamic playmakers in the SEC and college football as a whole.

He’s also the team’s top returning receiver (83 catches, 928 yards, 9 TDs) and with Josh Reynolds, Ricky Seals-Jones and Speedy Noil in the NFL, he will be leaned even more heavily to make plays on offense and in the return game, where he has five punt returns for touchdowns in his career. The question still remains: Who is going to get him the ball on offense?

Whoever Starts at Quarterback

Kenny Hill, Kyle Allen, Kyler Murray, Jake Hubenak, Trevor Knight, and Hubenak (again). Those are the quarterbacks who have all started a game for the Aggies since Johnny Manziel’s final season in 2013. All but Hubenak are gone from College Station (3 transfers, Knight was a grad transfer) and simply put, the Aggies need stability at the position. Once again, they have options.

They could turn to Hubenak, who isn’t going to blow you away but has the starting experience that Sumlin may be looking for. Sumlin was able to bring in four-star quarterback Kellen Mond, who tore up the Friday night lights in San Antonio before transferring to IMG Academy for his senior year. It could be Nick Starkel for all we know.

Ultimately, whoever Sumlin chooses to start on September 3 at the Rose Bowl against UCLA will have a lot to carry on their shoulders. As of the end of spring football, there has been no starter named but you can bet that there will be a big spotlight on whoever gets the call.

Spoiler alert: The remaining players on this list will stay on the defensive side of the ball and one of the top playmakers returning could have left last year to the NFL but ultimately decided to stay in college for one final season.

Safety Armani Watts may be the best returning playmaker for the Aggies and was part of a terrific tandem along with Justin Evans. Evans is now in the NFL and Watts can further show fans and scouts what kind of a versatile talent he is. In 35 career games, the senior from North Forney has logged 14 tackles for loss, 20 defensed passes and six interceptions and he’ll be looked on as a leader for defensive coordinator John Chavis and the Aggies.

I couldn’t name just one player for this next pick so I’ll just name both players for the sake of the argument. Defensive lineman Jarrett Johnson and Qualen Cunningham have another thing in common besides playing the same position. They each started for top overall pick Myles Garrett last season due to injury.

With Garrett and edge rusher Daeshon Hall now gone, it may be up to those two (among several others) to replace one of the best pass rushing duos in the country. The duo have the most starting experience between them and they may not put the numbers like Garrett and Hall but for a defensive line looking to reload and with Reggie Chevis transferring out, it becomes even more paramount that at least one (if not both) defensive ends step up in 2017.

He hasn’t stepped on to the field yet in a college game, but former Plano East linebacker Anthony Hines will be crucial for the Aggies success in 2017. The highest-rated recruit in Texas A&M’s class (247 Sports), his opportunity to see the field right away may have come sooner than expected after linebacker Richard Moore announced he was transferring.

The top-rated inside linebacker in the state will have his chance to shine after putting up 220 tackles his senior season. He is a tackling machine, a playmaker and similar to Christian Kirk on offense, a player that has to see the field because he is that strong and talented.