As he walked into his kitchen with a trash bag in one hand and an apple in another, Jacob Melendez stopped in his footsteps and was lost. “What am I doing here?” he thought to himself. He collected his thoughts and his mom reminded him that he was taking out the trash, but to Jacob, he was lost momentarily.

Jacob was just 18, a senior in high school, when he started experiencing dizziness, headaches and said he often had short-term memory loss, which he traced back to blows he sustained in football. He played outside linebacker at the varsity level and played football since he was eight years old.

During his time playing football, Jacob suffered four concussions and had his “bell rung” on multiple occasions. Jacob, now 20 and two years separated from football, suffers less and less headaches, but still holds the uncomfortability that he sustained through injuries to him personally.

“We would go helmet-to-helmet, not purposefully, and get hit plenty of times through hitting drills, games, you name it,” he said. 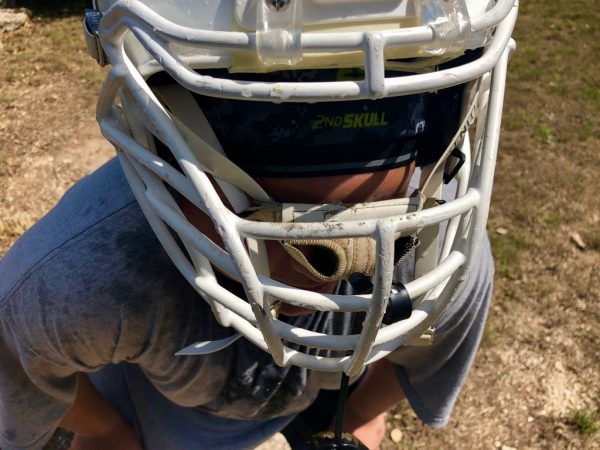 Aside from football, injuries in any sport that involve the head can lead to serious health issues. In fact, sports and recreational activities lead to about 21 percent of all traumatic brain injuries among children and adolescents in the U.S., according to the American Association of Neurological Surgeons.

“With everything coming out on head injuries, I would not want my younger brother or any of my future kids playing football and having to experience what I felt,” Jacob said.

But as technology continues to advance, so does protection for the head. 2nd Skull is a professionally tested product that is aimed to reduce the blow to the head for not just football, but for any sport.

2nd Skull™ is equipped with a thin layer of XRD™, which is a lightweight material made for extreme protection with the use of urethane molecules that harden when under pressure.

These skull caps fit comfortably for an athlete no matter the sport. Beyond football, 2nd Skull has a headband for sports like soccer, volleyball and basketball. They can refer to the 2nd Skull Band, which is a lightweight headband to protect the head. For sports that use helmets, like football, hockey, cycling and skateboarding, there is the skull cap that completely covers the head.

“At the end of the day, you can’t put a price on health,” he said. “Even if it’s just precautionary; this seems just about as important as a mouthpiece or a facemask.”

Born and assembled in America, the skull cap itself acts as an antimicrobial cap, featuring a thin layer of XRD® Technology, which is high-quality energy absorbing material. The urethane molecules made inside the material work as a soft and flexible fabric, which suddenly harden under immediate pressure. Both the band and the cap have been extensively tested for safety measures. Through different biomechanical testing at independent labs in North America and the United Kingdom, the skull cap, when worn under athletic helmets, lowers both rotational and linear impact forces.

2nd Skull won the NFL HeadHealth TECH II Challenge and was named to the Sports Tech Awards shortlists as one of the Most Innovative Sports Equipment or Apparel products.

The caps themselves are designed to be both safe under impact and geared for comfort. For a skull cap that best tailors to your sport, visit their www.2ndskull.com.