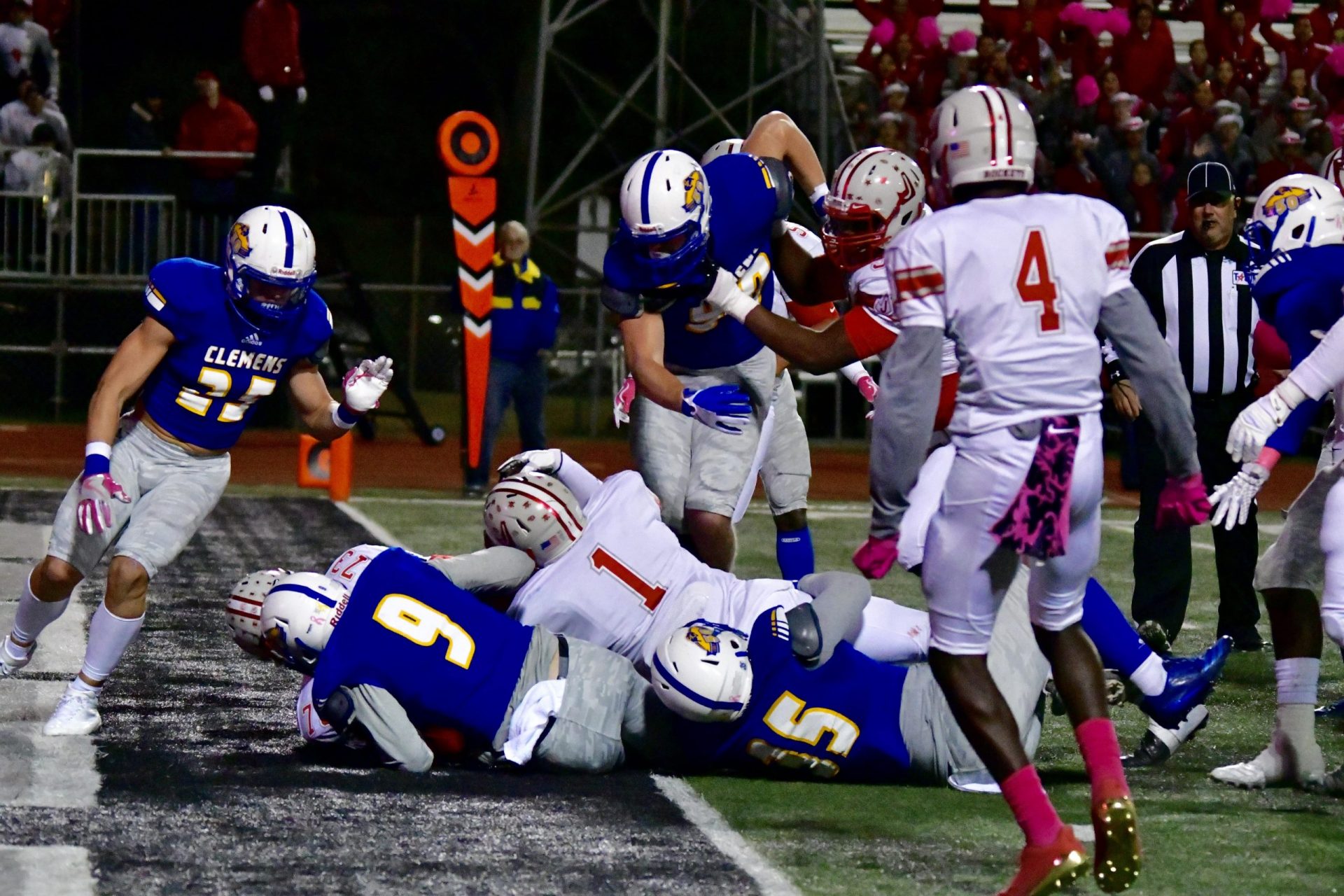 The Judson Rockets are undefeated and feeling good.

After last weeks huge win against Clemens, the Rockets (8-0, 5-0) have another massive task in front of them. Smithson Valley.

“They’re as good as billed…”

“His whole system is based on running right at you with a whole lot of fly, motions and things of that nature that can be tough on 16 or 17-year-old kids. They’re focusing on his key and that type of stuff.

“They’re as good as billed and more capable of playing late into December just like a couple of other teams that we’ve played this year.” 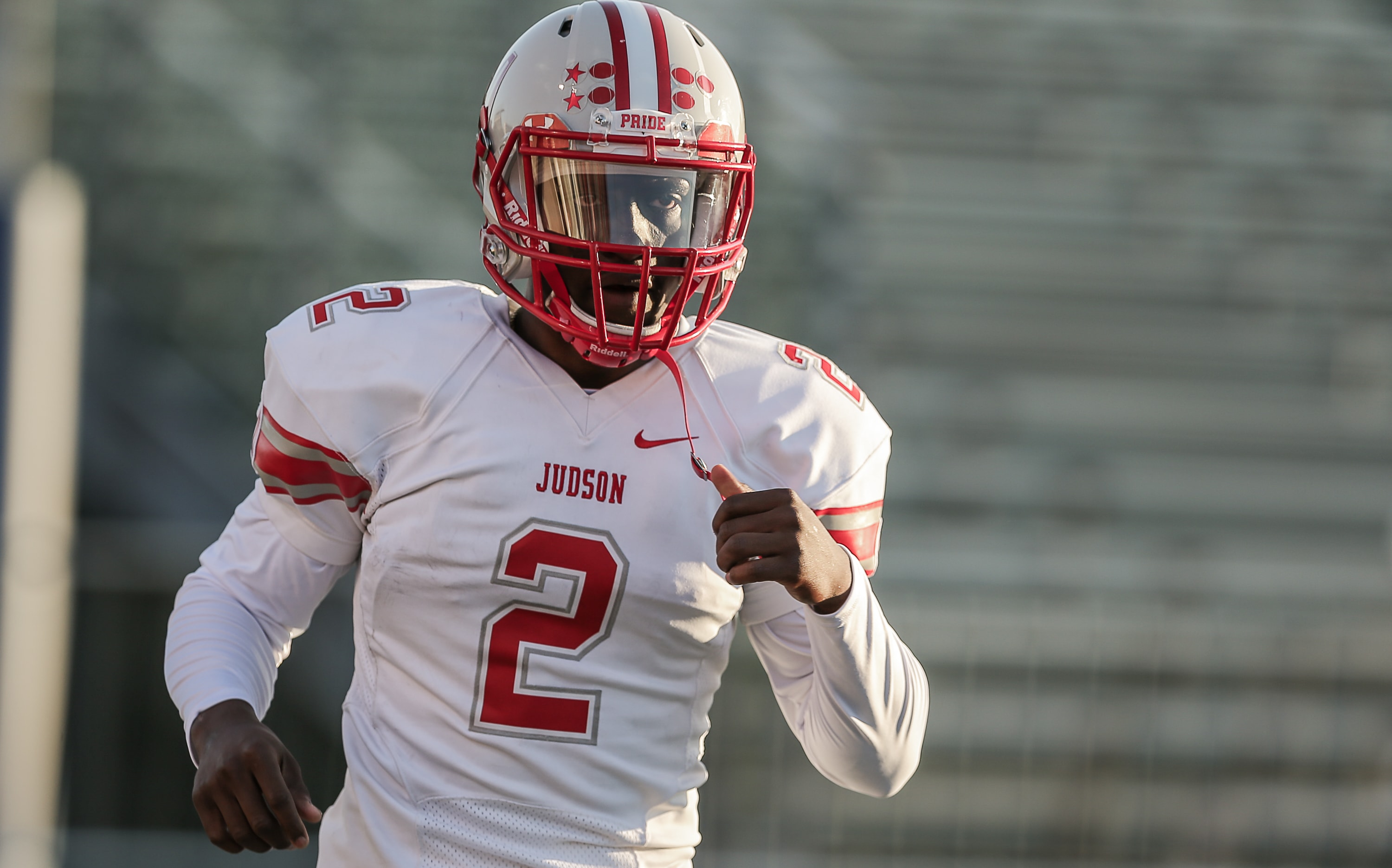 Converse Judson hopes to have star quarterback Julon Williams back in the lineup for Friday’s game against Smithson Valley. (Photo: Ozzy Jaime/TexasHSFootball.com)

One noticeable difference for the Rockets last week was  the man taking the snaps. Sincere McCormick was in for senior quarterback Julon Williams. Williams, a Houston commit, missed the game with a deep bone bruise.

Coach McAuliffe was unable to say whether or not Williams will be available Friday. But he was able to say he has full confidence in whoever does.

“I can tell you this, I won’t be taking the snaps, but some body will,” McAuliffe said of who could be starting if Williams does, or does not.

Despite injuries, the Rockets could win the district out-right with a win Friday night. It would be the first one for Converse Judson since 2009.

“That’s one of the things we talk about each year with our kids,” McAuliffe said. “The ultimate goal is to play each year in December and that type of stuff. But it’d be nice to secure an out-right district championship. I think it’s been about a decade since Judson’s been able to do that. 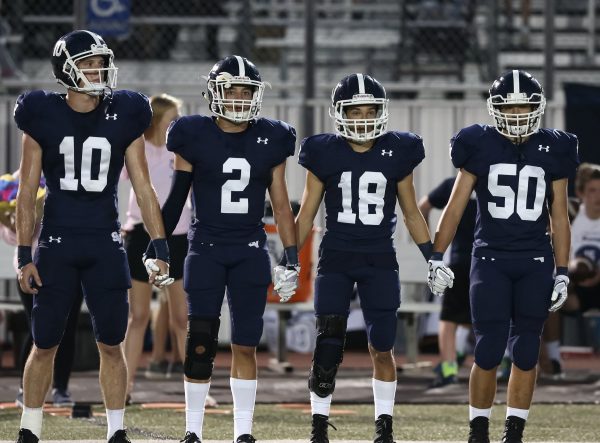 The Smithson Valley Rangers have a solid offense. From quarterback to the number of tailbacks they’ll throw at you, it’s almost hard to plan for them.

But the main thing coach wants his Rockets to do, get the Rangers off the field.