Justin Northwest and Aledo Looks to be an Epic District Game

No one likes to lose their first game of the season this late in the year especially when it pertains to a possible district championship being pried away from their hands. That could well be the case when a battle of the undefeated takes place this Friday as Justin Northwest and Aledo clash with the winner possibly being the inevitable district champion.

Justin Northwest under the play of quarterback Prince Mavula and receiver Gavin Holmes have elevated themselves near the top of the District 6-5A standings. Northwest could have possibly ran away with the district at this point if it was not for a team that has won six state titles with five coming in the last seven years named Aledo.

The perennial contender that is Aledo have been district favorites year in and year out. This year is no different as Aledo has one of the most balanced teams in the state that grinds up opponents especially with their running attack. Aledo averages 62.3 points per game much in do part to the depth of talent and production received from every position.

Quarterback Dillon Davis has passed for over 2,000 yards this season and thrown 27 touchdowns compared to just three interceptions. Zane Hayden provides a viable option as well under center as he has appeared in six games for the Bearcats. The rushing attack is composed of Michael Jordan, Jase McClellan and Donald Evans who have rushed for 700, 652 and 395 yards respectively.
Aledo also possesses two receivers in their holster that have accumulated over 500 receiving yards in the duo of Hunter Rosson and Preston Jefferis.

Justin Northwest has some weapons at their disposal as well with a trifecta of Prince Mavula, Gavin Holmes and Syrus Moore. Holmes who is an Iowa commit provides a respectful opponent to the Aledo secondary. Holmes has accounted for 1,125 receiving yards and 13 touchdowns. Those 13 account for Mavula’s 25 passing touchdowns along with his 2,135 passing yards with Moore garnering 1,253 yards on the ground and 14 touchdowns.

Needless to say that one of these two defenses will have to play at a stellar level to stop the opposing offense. To put it in perspective, Aledo’s defense allows an average of 16 points a game while Northwest has only allowed an average of 15 in their past three games. Those are outstanding averages, but both will have to go beyond those exceptional levels to pretty much be the district champion.
Will Justin Northwest be able to snap Aledo’s 66-game winning streak in district? We will find out this Friday, but if any opponent can it definitely is Justin Northwest. 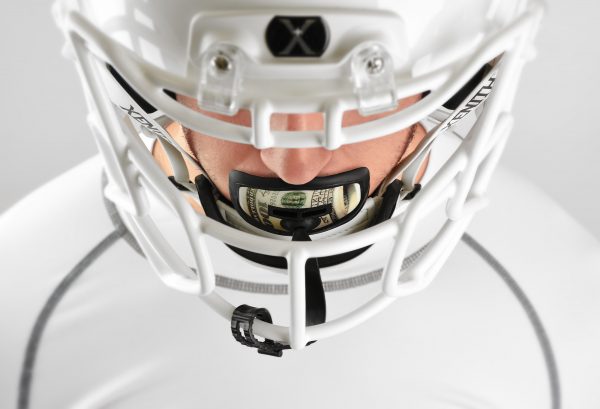