Katy Tigers: The Winningest Teams of the Decade 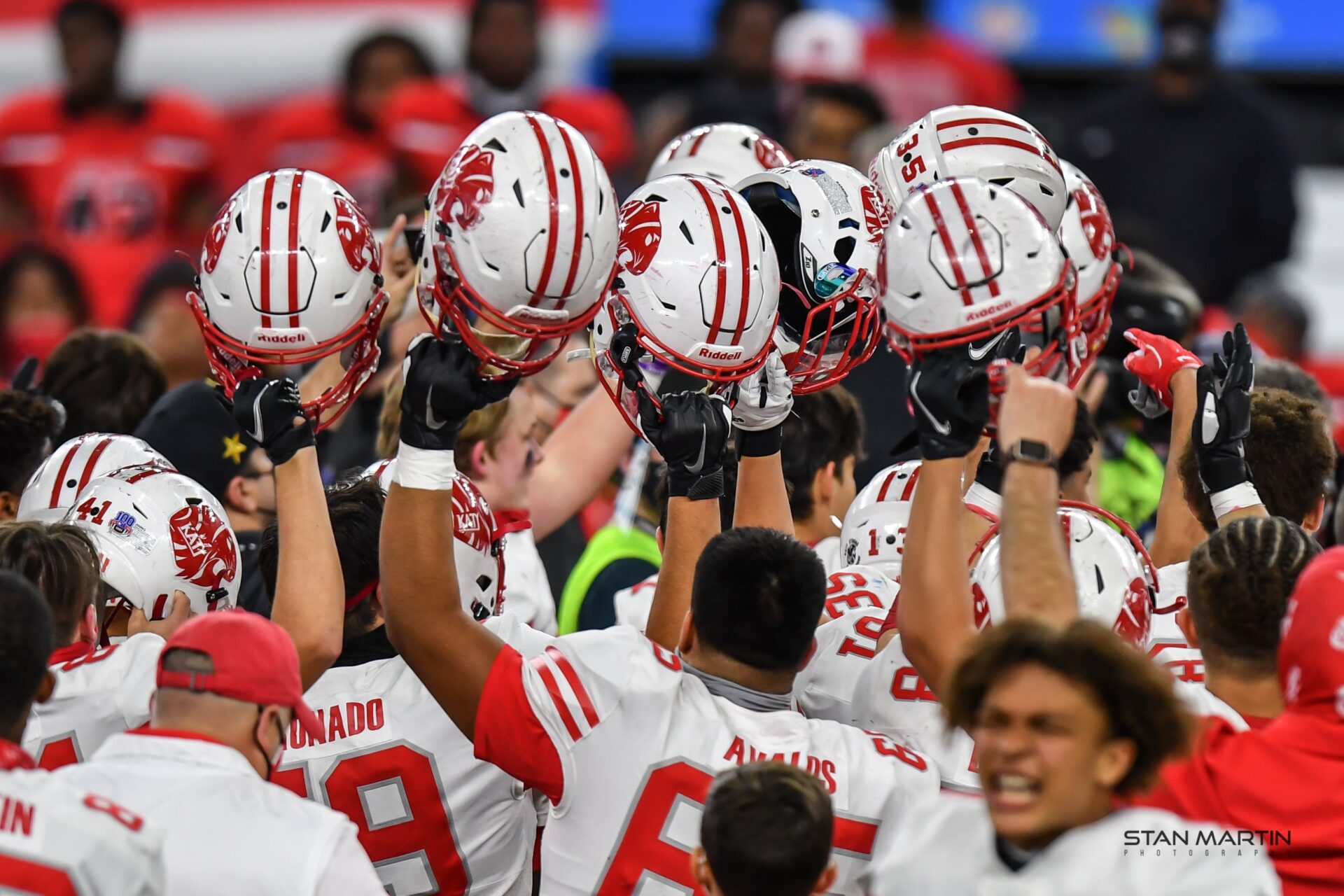 This is part 4 of a 6-part series. 132 wins and three state championships in the past decade. They are the Katy Tigers.

Katy went undefeated, going 16-0, and took on Cedar Hill in the 5A State Championship Game. The Tigers took a 14-10 lead at halftime and held Cedar Hill scoreless in the 3rd quarter.

RB Adam Taylor was a one-man wrecking crew as he ran for 277 yards and five touchdowns. He scored on runs of 1 yard, 17 yards, 10 yards, 56 yards, and 42 yards. Taylor was named the game’s Offensive MVP.

The Katy defense was just as dominant, recording 12 tackles for loss, 4 sacks, 1 INT, and two pass breakups. Matt Dimon was named the Defensive MVP as he made five tackles, 1.5 sacks, and three tackles for loss.

The Tigers went undefeated yet again (15-0) as Katy made another appearance in the state championship game, this time at the 6A level. The Tigers faced off against the Cavaliers of Lake Travis.

Katy went 14-1 and made another appearance in the 6A state championship game against Cedar Hill. The Katy offense averaged 46 points per game. The defense allowed just 11 points per game.

The Tigers roared to a 24-0 halftime lead and outscored Cedar Hill 14-0 in the 4th quarter. In fact, Cedar Hill didn’t score until 4:28 of the 3rd quarter.

Tigers QB Caleb Koger passed for 92 yards and a touchdown.

Head Coach Gary Joseph welcomes 11 starters back from their title team of a year ago.

The players he will be counting on include:

Katy opens the 2021 season against Clear Springs on August 27th.

Does Katy win another state championship in 2021? Comment below.