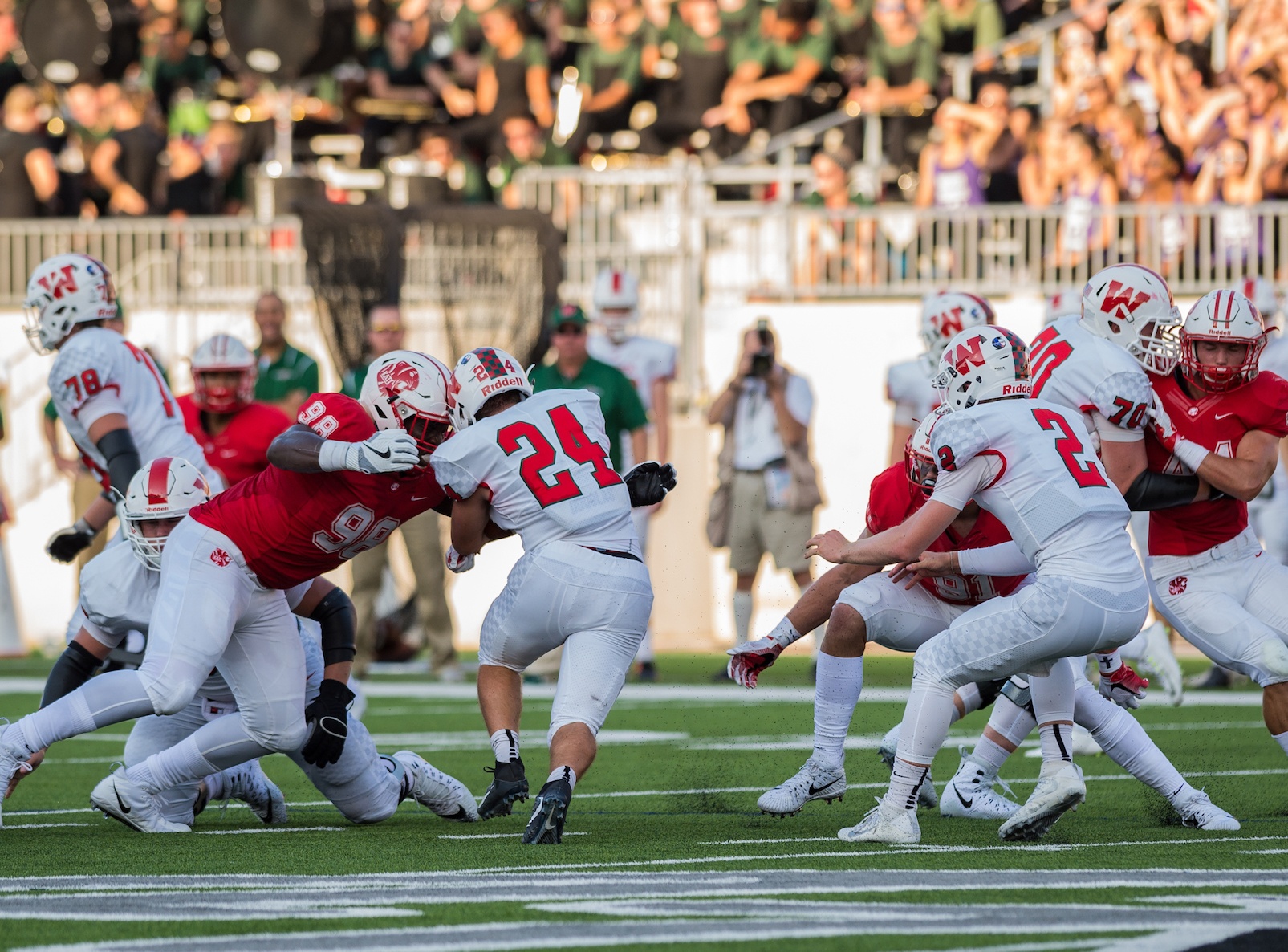 Photo: Mark Goodman/TexasHSFootball
KATY, Texas — It’s been more than 25 years since Christian “the Nigerian Nightmare” Okoye burst onto the American football scene and left would-be tacklers in his wake as a Kansas City Chief.
Seven hundred and sixty miles south, the Big 12 Conference prepares to welcome its own to NCAA Division I football level.
On the eve of National Signing Day, Katy High School’s version of the game-changing Nigerian athlete — imposing speed rusher Moro Ojomo — is bound for the University of Texas after his Tuesday verbal commitment.

“I want to say that I am deeply grateful to God, my family, my great coaches at KHS…I have come to realize that every football program is special and different in its own way and my choice of where to attend is coming from a place primarily deep prayers,” he stated in the tweet. “I will be committing to the University of Texas Longhorn football team. We will bring the National Championship back to the University of Texas.”

Ojomo, who stands 6-foot-3 and weighs 280 pounds but possesses the speed and agility of a running back, may be the most intimidating defensive tackle in the 2018 recruiting class. Not only did he earn 24 offers from the likes of Alabama, Miami, Oklahoma, Oregon, Texas Christian and Texas A&M Universities, he added a four-star rating per 247Sports’ Composite and ESPN 300’s Rankings.

During the last two seasons, Katy has limited opposing teams to an average of 11.6 points per game. With Ojomo as its defensive anchor, the Tiger defense allowed 100 points in 13 games — including 28-14 loss to Lake Travis in the UIL 6A playoffs. Only two opponents, the Cavaliers, Fort Bend Travis’ Tigers and The Woodlands’ Highlanders scored more than 14.

Both 247Sports and ESPN regard him inside the top 30 of defensive tackle in the nation and inside the top 55 best athletes in the Lone Star State. Ojomo will join a Tom Herman recruiting haul that includes five-star safeties BJ Foster and Caden Sterns from Angleton and Cibolo Steele High Schools and four-star cornerbacks Anthony Cook, D’Shawn Jamison from Houston Lamar and DeMarvion Overshown from  Arp.

With Houston Heights’ four-star cornerback Jalen Green added to the fold, Texas may have a defense to be feared for the next half decade.