The Mailbag – Answering All Your Questions About Anything At All 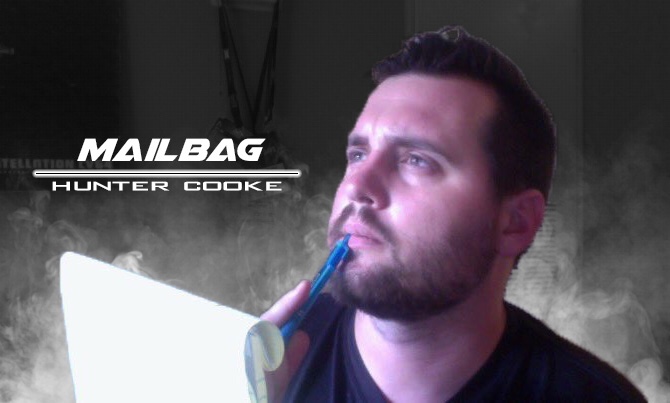 Every week, TexasHSFootball.com Managing Editor Hunter Cooke will answer all of your questions about whatever you wish to ask him. All question askers will remain anonymous.

Which former Texas HS football player do you think has a chance to burst onto the scene in their first year as a college player?

If any of them have the chance, it’s Charlie Brewer or K’Lavon Chaisson.

LSU really is the perfect fit for Chaisson. He can really get after the passer, and they have a tradition of rotating defenders in to keep their front 7 fresh. If you can rush the passer, you’ll play at LSU.

I’m still convinced that Charlie Brewer is going to see some significant minutes for Baylor. I’m not sold on Anu Solomon, who seemed to not progress much at Arizona, or Zach Smith. Brewer has a real talent for distribution, and with the weapons Baylor has, he can be a threat if given the right circumstances.

I don’t know if it’s a “surprise” persay, but I’d go with TCU. I like Baylor and Texas in the long run, but I think both will have their struggles in the first year of their new head coaches. Texas Tech has a shot, but they lose one of their all-time greats in Patrick Mahomes, and don’t really have anyone on their awful defense who’s proven outside of Jah’Shawn Johnson and Dakota Allen.

I think it’s another down year all around in college football for Texas teams, but if I had to pick someone, I’m going with TCU.

Is a hot dog a sandwich?

No, it is a hyperpatriotic taco.

Then, we have to take the density of the kickball into effect. It’s much harder to kick your average kickball than a regular ball. Let’s compensate for that by saying that takes 15 yards off the average kick.

Therefore, according to my completely mathematically sound theories, Dez Bryant can kick a kickball exactly 39 yards, give or take.

Note: These theories are not sound.

Do you see any West Texas team that looks strong enough to make a run like San Angelo Central did last year?

Funny you should ask, because I see Central not having as down a year as some might think. Maverick McIvor can really distribute the ball well, and I don’t think their defense takes a huge step back. They’ll be good again.

A big shock could come out of Odessa Permian. A lot of people are predicting that Mojo will have a great season after missing the playoffs in 2016, and I agree. They return just about everyone minus a few pieces, and if they can get past Central, I see no reason why they can’t be playing in the 3rd or 4th rounds of the playoff this year.

For smaller schools, I’m going with Sweetwater. They have a new head coach, and they lost a crazy good senior class, but the return of Kobe Clark and Chris Thompson is good enough for me to give them the thumbs-up.

It was Harold’s in Abilene.

I’m gonna say Texas here, mostly because there’s not a lot of places to go but up. Herman has a great recruiting class coming in, and I think the Longhorns make a bowl, but anyone who is predicting 10-win seasons right off the bat needs to be calmed down. They’ll be good, but not top-25 good.

What is the % chance that McGregor actually wins?

You wouldn’t give an NFL linebacker a chance to beat LeBron James in basketball, no matter how athletic they are or how smooth their shot is. It’s not their thing.

I’d like to know which Texas HS football stadium is most likely to host a 2026 World Cup match. Thanks.

Katy’s. It’s nice, it’s in the Houston area which would could conceivably host a Cup, and it’s brand new. The other one is McKinney’s.