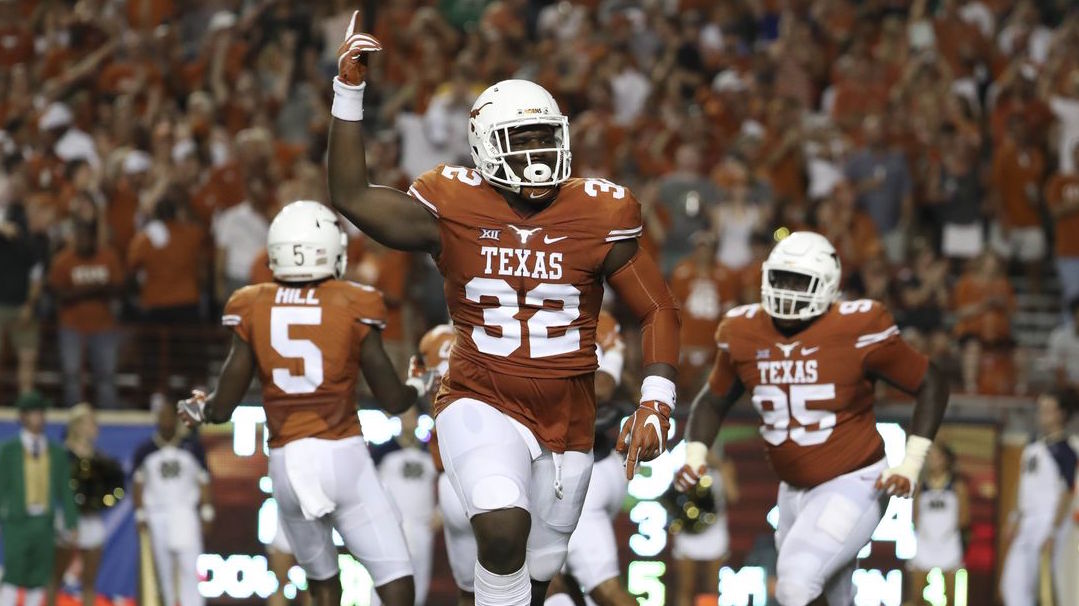 Malcolm Roach became a pleasant surprise for the throughout his debut campaign on the Forty Acres. A former three-star prospect narrowly ranked within the top 600 nationally in 2016, Roach emerged as an immediate force off the edge as a true freshman for the Texas Longhorns.

Much more will be expected from the Louisiana native in 2017.

On Monday, Roach was announced as member of the preseason All-Big 12 team after recording 33 tackles, eight tackles for loss and three sacks in 2016. For a variety of reasons, Texas can’t afford a sophomore slump from Roach in 2017; namely, depth.

In early March, Tom Herman criticized the Texas defensive line, noting his desire for improvement with the comment, “we’d know a lot more if some of these fat guys lost some weight.” Texas has since lost a pair of the defensive linemen in question with the offseason departures of Jordan Elliott and Marcell Southall. This leaves Texas with just 12 total scholarship defensive linemen on the roster for 2017; five of which have never played a snap of college football and JUCO transfer Jamari Chisholm is yet to arrive on campus. Of the remaining six, Gerald Wilbon and D’Andre Christmas-Giles combined for just nine tackles as freshman in 2016.

This leaves just Roach, Poona Ford – also a preseason All-Big 12 selection – as well as Chris Nelson and Charles Omenihu. To say depth on the defensive line is a concern would be a considerable understatement, which places further pressure on a talent such as Roach to perform with little to no proven depth on the sidelines.

If his freshman effort was any indication, Roach appears to have the highest upside of the bunch and Texas needs that to come to fruition in 2017 – the ‘Horns can’t afford a sophomore slump.

Furthermore, under the guidance of new defensive coordinator Todd Orlando, the ‘Horns are in line to operate under a form of the 3-3-5 Stack defense, which will swap a linebacker for the nickel and become a 3-4-4 at times. In any case, considering Texas is in the pass-happy Big 12, which requires an abundance of talent in the secondary, much will be required from the defensive line.

Keep in mind that Texas will blitz a lot out of this package, but with only three down linemen and Paul Boyette’s absence from the trenches, the ‘Horns will rely heavily upon creativity and the ability of guys like Nelson and Roach to make their presence felt in the backfield. If either of the two, especially Roach, aren’t at least equally as impactful as they were in 2016, an initial area of concern can burst into a glaring weakness once the season gets rolling.

If Roach produces as expected, he’ll emerge as arguably the most essential contributor on the Longhorns defense in 2017. He’s a legitimate threat off the edge with enough versatility to alter plays from a variety of packages, and he plays with a feel for the game beyond his years. More notably, Roach flashed the aforementioned as a true freshman.

Going forward, though, Texas will need Roach to be all of this and more.