The March Madness Final Four has been narrowed to four remaining contests.

Something all the remaining teams have in common: they all have very boring mascots. Minus the latter.

The leaders of Texas high school football are the best the state provides – entertaining and original foam entities that pump the Friday night lights crowd into a frenzy.

Here are the finalists you selected, battling it out for the prestigious honor of best in Texas: 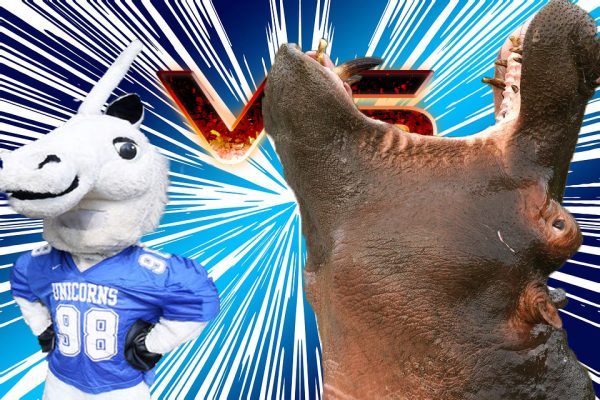 The battle of mystical creatures pits the purity of the unicorn against the horrid death blob of the hippo.

For years, the unicorn was a beast of innocence – a symbolism of uncorrupted joy. New Braunfels is the only school in the nation with the fantasy beast as their mascot, which can be a blessing or a curse depending on which side of the D&D dice you land on. Student’s hand sign is the “hang loose” gesture pressed to the forehead, like a drinking movement after one too many cocktails. In 1928, the mascot was originally supposed to be a blue lion, but a drawn shield hid one of the ears, resulting in the appearance of a protruding alicorn.

You may feel like you’re being watched in Hutto – a small town near Austin. If you experience this sensation, you’re not wrong. There are over 150 hippo statues scattered around the area with the bloodthirsty creatures peering at visitors with their beady eyes of destruction. Similar to the plot of a Stephen King novel, a traveling circus passed through on one of the many tracks that zigzag trough the area.

The vengeful water dweller escaped his captors and took shelter at the local creek. Clowns, strongmen, bearded women, farmers and everyone else you’d find at a liberal rally joined forces to retrieve the hippo and he opened his jaws and brought them straight down to their watery tombs. Kidding, but I’m sure some people were eaten or mortally wounded during the battle. A train conductor phoned in and said to stop traffic through the area because there was a hippo in Hutto. He was found crushed years later. The crime was never solved, but I suspect hippo vengeance. They never forgive, they never forget. 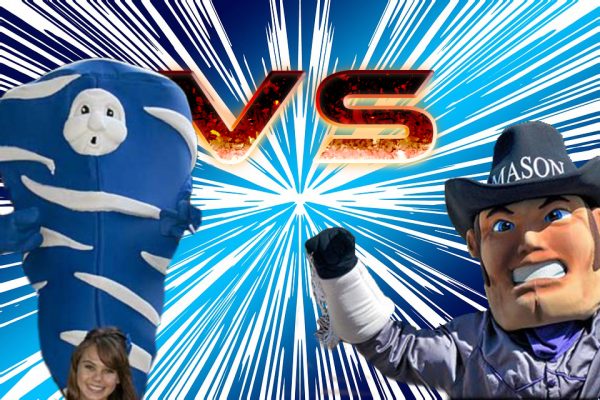 The following selections are named after violence; one of nature and the other of man.

Winters is a town that enjoys clever wordplay, transforming their school into a snowy paradise of puns. The Blizzards mascot is renowned as one of the most bizarre in the US. The fight songs mentions a winter wonderland, regardless of the time of the year, which would be more appropriate in Ohio where residents whip out tank tops when it’s freezing and snowing outside.

The Punchers are the patrons Patrick Swayze despised in Road House; wherever they go, their fists tighten. In reality, the Mason icon means something closer to a cowpuncher, or slang for a cowboy. But who said cowboys don’t want to get in a tussle? Every saloon fight ends in someone getting flung through the window.

Alvin Looks To Not Repeat History In 2017