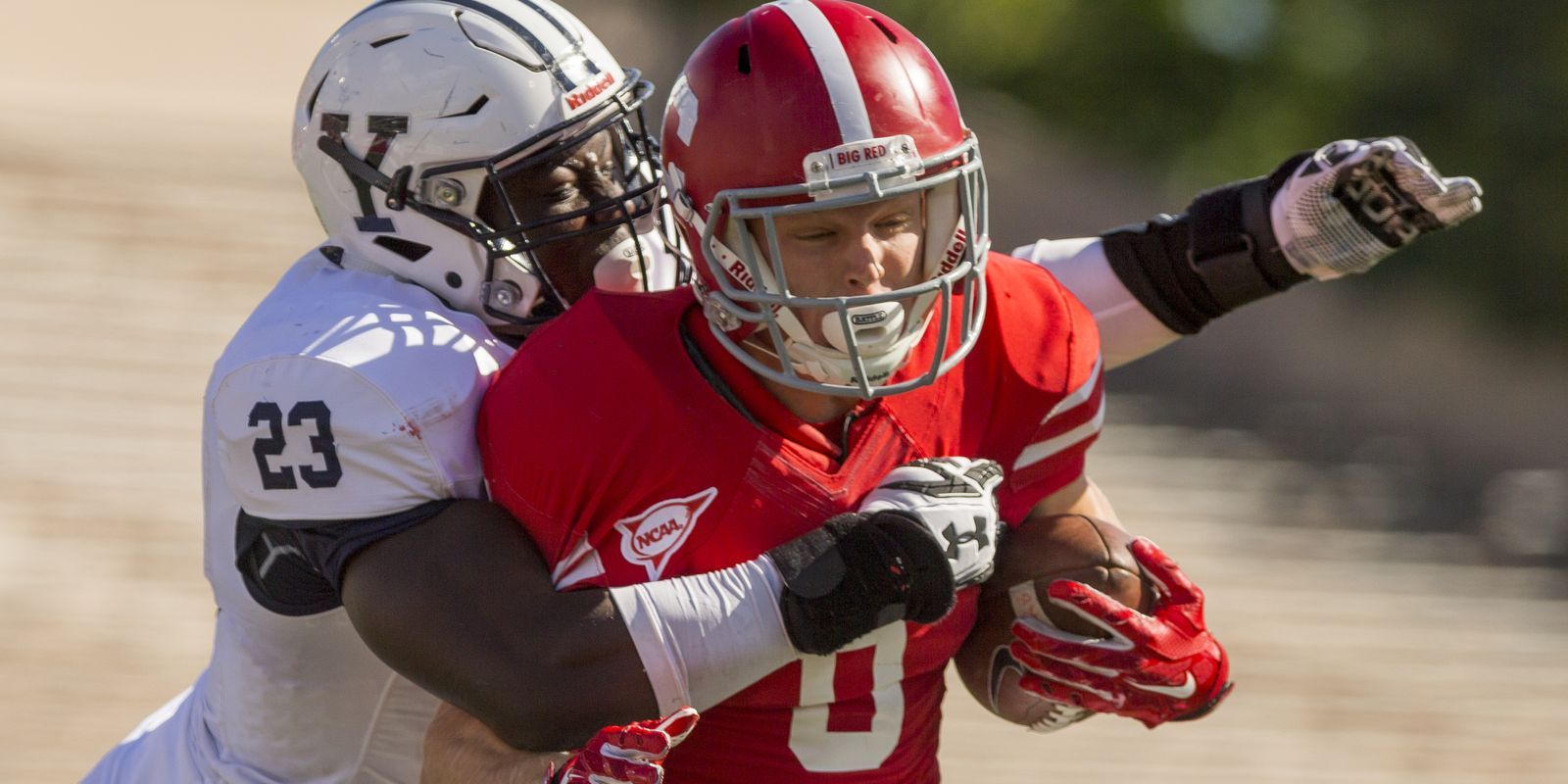 Photo: Via The Ithaca Journal

The term student athlete seems to get lost at times, but for McGregor Bulldogs WR Michael Irons this label fits the bill. Cornell University coaches called Irons and flew Michael up for a visit and he feel in love with the campus. Irons will attend Cornell, where he will play football while pursuing a degree in business.

Ivy League rules prohibit schools from offering athletic scholarships, however Ivy League schools give out Likely Letters. According to iveyleaguesports.com,

“Likely Letters have the effect of a formal letter of admission provided the candidate continues to have satisfactory secondary school experience.”

Athletes who attend Ivy League universities are required to meet the academic standards of the school and not just the minimum requirements of the NCAA.

Michael Irons is the third player coached by Judd Thrash to attend an Ivy League University, which is a credit to the character that the coach holds.

“Michael is very cognizant of achieving excellence and he always finds ways to get better.” Coach Thrash explained, “He coach constantly pays attention to details and is open to being coached.”

Michael can play both sides of the ball and Coach Thrash complimented him on his ability to read offensive formations while playing in the secondary and getting the Bulldogs adjusted and in position to counter their opponents offenses.

Coach Thrash expects Michael to start off in the secondary, but recommend the Cornell staff give Irons a shot a quarterback where he believes Michael shows tremendous up side.

Cornell University has a rich tradition of excellence that Michael Irons will have the privilege of becoming a part off, including playing football for the same University as the great Glenn Scobey “Pop” Warner.