Mexia Preparing To Shock The World 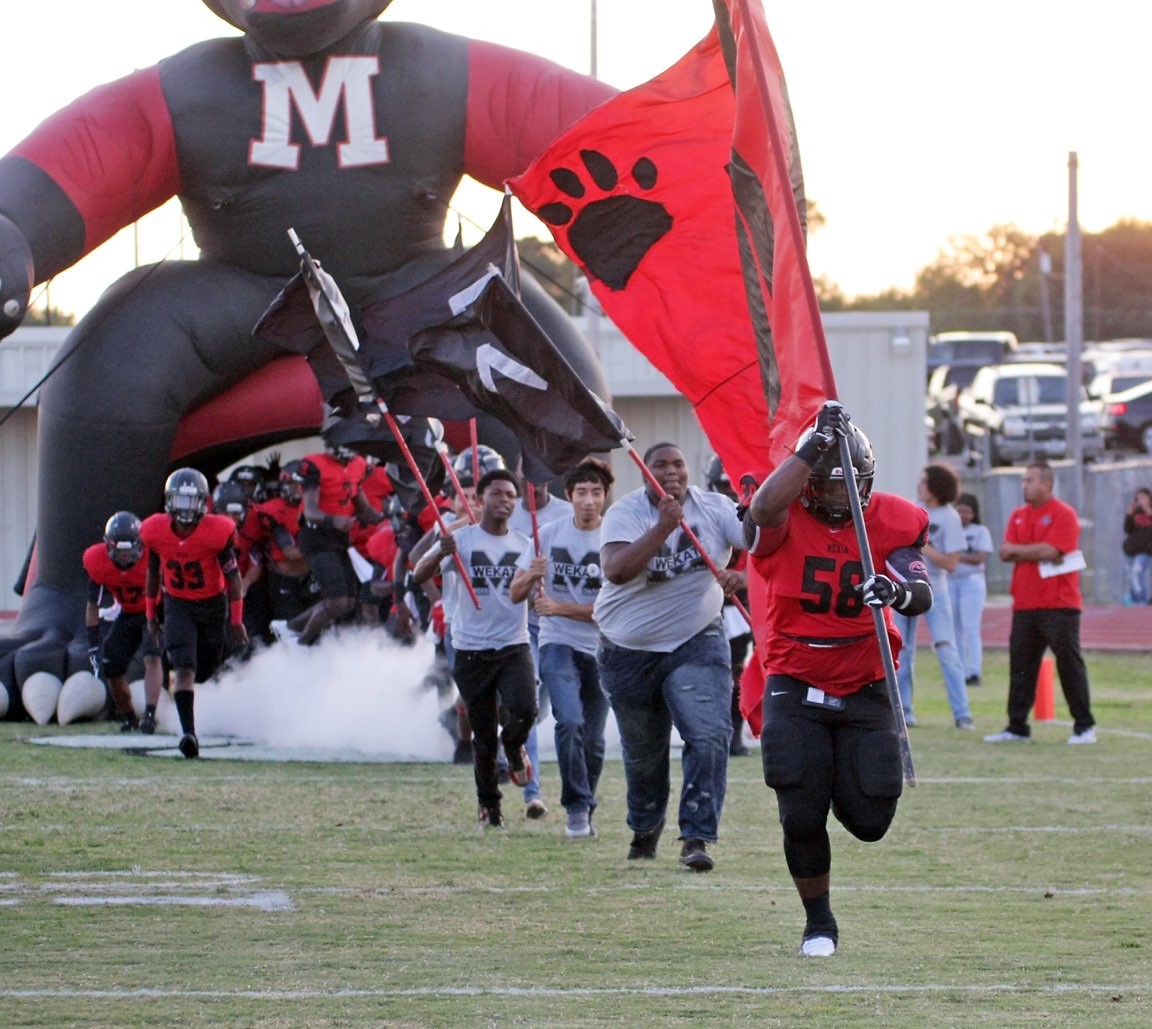 MEXIA, Texas — The Mexia Blackcats have started to shock the community and surrounding area, and the rest of the state is up next.

After being picked to finish last in its district, Mexia finished second. Under first-year coach Frank Sandavol, it has won its last three games. In front of the Blackcats now, West Orange-Stark.

WOS is 40-1 in its last three seasons, both of the last two state championship years. This year, the Mustangs are 9-0 and will be looking to take care of business Friday night in Conroe.

The Blackcats, though, will be no pushover — as is the case with any team that reaches the second round.

Mustang Head Coach Cornell Thompson said the Blackcats are filled with athletes, maybe even more than his own team. He said stopping Travion Carter and Jaquay Martin will be one of the keys to keeping the streak alive. The athleticism, speed, and heart of the Mexia Blackcats are definitely something he’s fearing.

“When you believe in yourself, combined with athleticism, good things happen,” coach Thompson said.

According to their grizzled coach, belief is one of the Blackcats weapons. Thompson acknowledged the hard work Sandoval and his team have put in this year.

Sandoval said he knows they are the underdogs, but they’re ready for it.

“We’re going to play a team that’s a little bit better than us and see how we match up,” he mused. “I think the kids are starting to understand what we’re doing schematically and going against them, it’s going to be a challenge, I don’t think there’s any doubt.

There is no doubt West Orange-Stark is working as hard as ever this week, even with the 6-5 Blackcats in front of them. As coach Thompson said, they don’t want to be the ones to end the streak. They also don’t want to shoot themselves in the foot, as they’d rather Mexia beating themselves.

But regardless of record, this is the playoffs. Starting last week, everyone in it started with a clean slate. Both coaches know this and say they are prepared. Sandoval, who has gotten a lot of questions about whether or not his team is ready to play West Orange-Stark, says it’s exactly the opposite.

“Well it’s not that we have to play West Orange-Stark, it’s that they have to play us,” Sandoval noted. “That’s the mentality we’re taking in. We’ve shown glimpses of being a really good football team. It’s going to take us avoiding unforced errors, penalties, turnovers – we can’t do those things.

This game will have a lot of ups and downs, and Thompson said it’s the team who can ride the wave best that will come out. The two will meet at 7 p.m. Friday night at Conroe’s Buddy Moorehead Stadium.