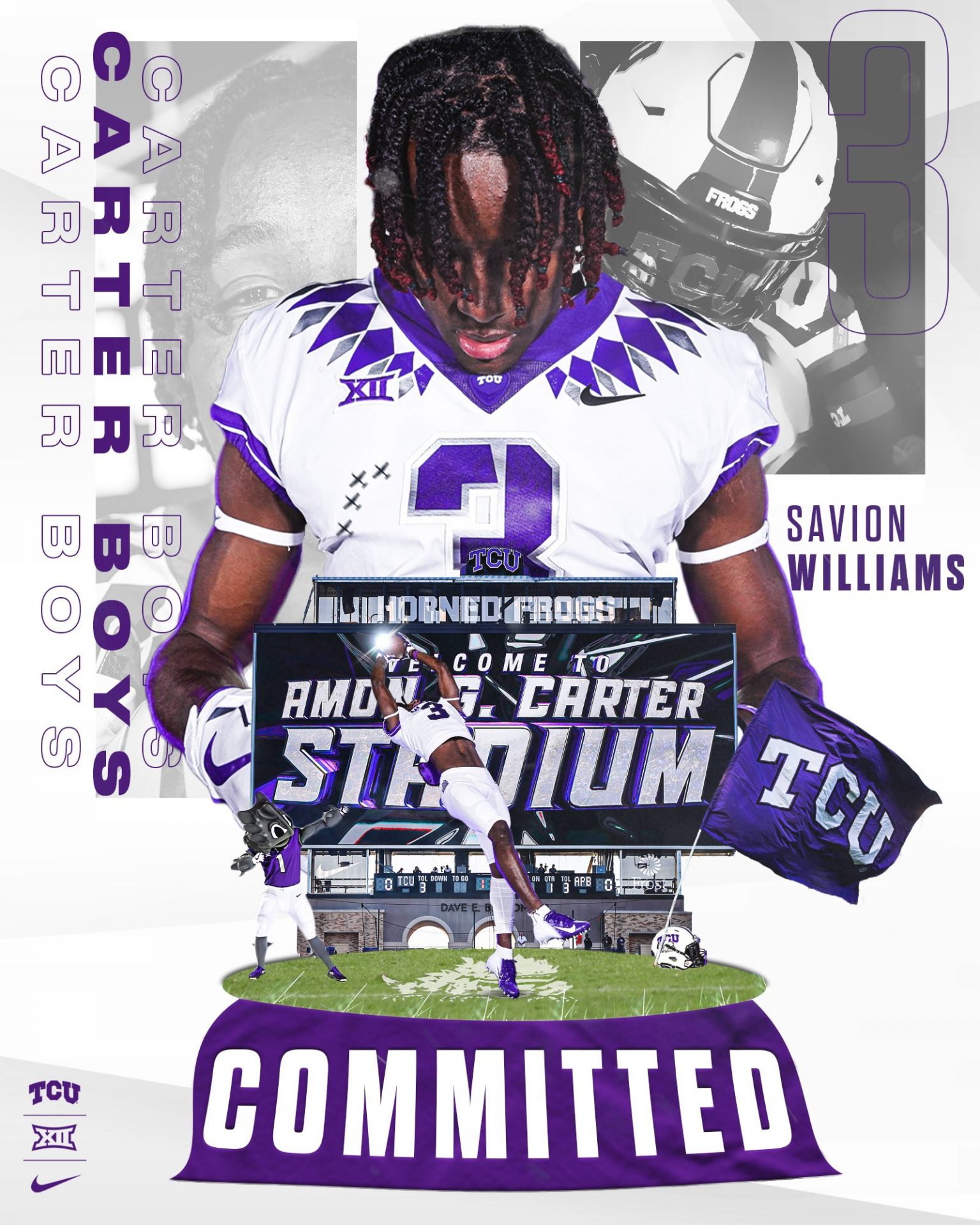 Eyes have been on Marshall 4-star receiver Savion Williams throughout his recruitment process with schools like Arkansas, Baylor, TCU, SMU and Arkansas State all competing to sign the standout.

Williams cleared the air Wednesday morning and announced his commitment to TCU.

With Williams’ letter of intent, TCU is set with a couple of standout wide receivers. Williams joins No. 70 prospect on 247Sports’ Top247 list Quentin Johnston who signed with the Horned Frogs in December.

The playmaker with great body control is ranked as the No. 163 overall player according to 247Sports.com. We can expect to see big plays coming from him in the Big 12.