New Look Rice Owls Will Struggle To Fly In 2017 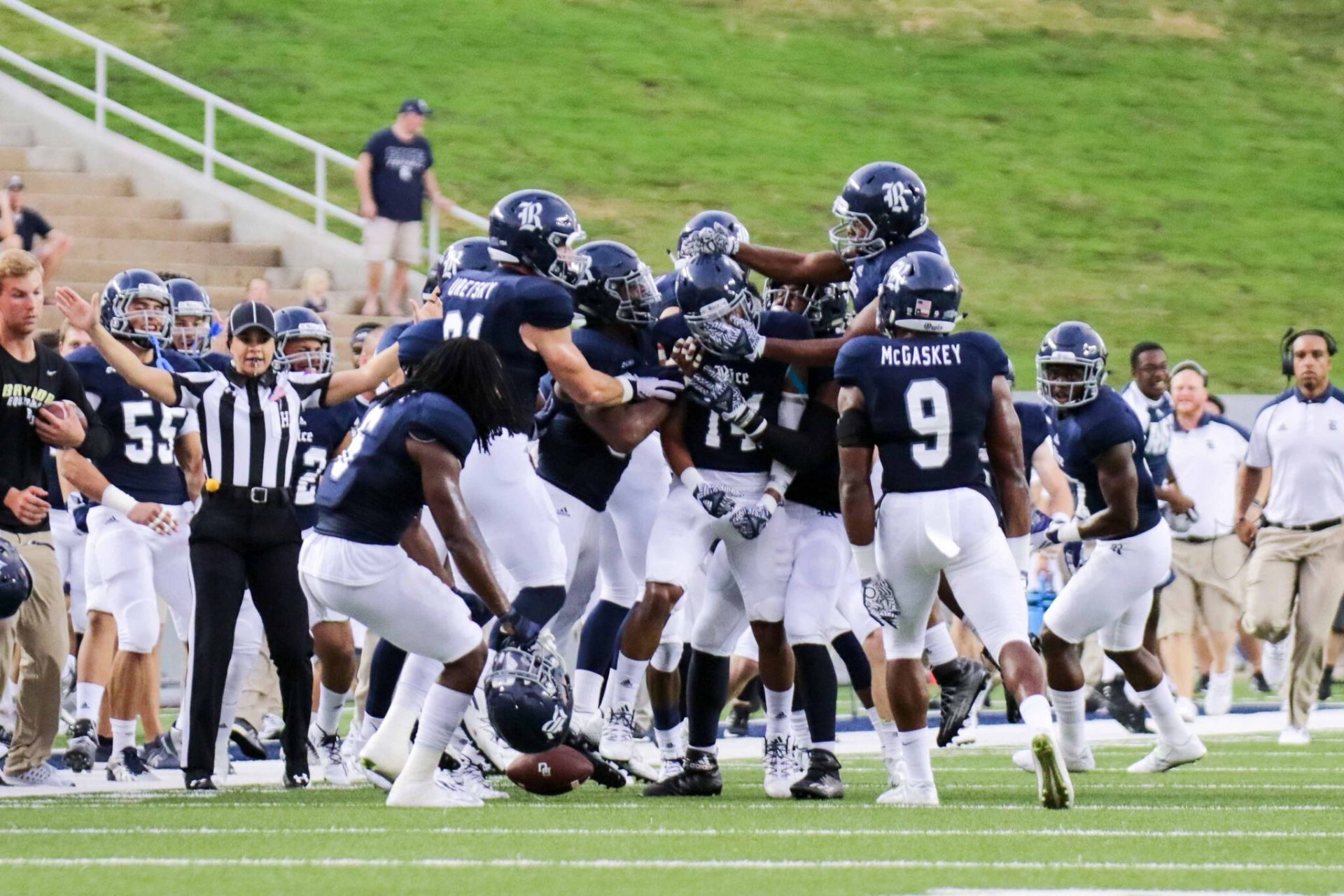 The Rice Owls tanked with the second worst record in the Texas FBS (3-9) last season, the third consecutive losing year for the program. In the last decade, the Owls have managed four winning seasons under coach David Bailiff (averaging 5-7 per season), with an additional three bowl victories.

With six offensive starters erased from the lineup, the Owls may be playing catch-up ball for a large portion of the year. Quarterback Tyler Stehling tore his ACL at the end of the season and finished his eligibility as a collegiate athlete. A trio of young gunslingers are currently vying for the job during spring camp and probably up to the preseason, leaving the offense without a consistent starter.

A unit that ranked No. 93 in scoring offense — putting up just 25.3 points per game — must replace its leading passer, rusher, and receiver. Can a quick turnaround be rectified over a sole offseason?

2017 sees the return of all five starters from the o-line. When healthy, the offensive front could be the best in the league, with bruising physicality and hefty build. They’ll block for running back Sam Stewart; the junior managed only 479 yards in four starts last season due to a knee injury.

Despite a slick new logo, it’s difficult to market Rice as an enticing school for potential commits, especially beneath the leering burnt orange and maroon shadow of established football juggernauts. The university focuses chiefly on academics, but even with a small enrollment, Bailiff has gone 3-1 in bowl games in his 10-year tenure with the team.

However, losing nine starters on both sides of the ball and facing four non-conference foes that all were bowl-eligible last season will create a loss deficit that the Owls wont be able to shake come the postseason.