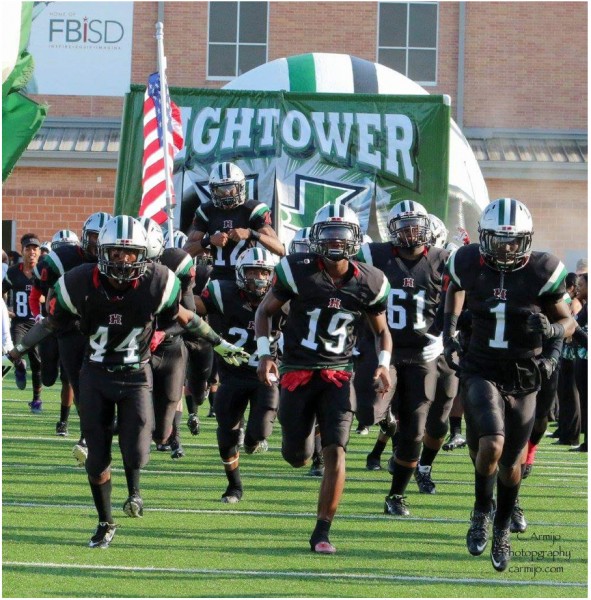 In 2014 the UIL realigned all of the schools and districts, and added a 6A sports division. With this realignment, schools were thrown all over the place, some falling down to a lower division, some rising, and some being put in completely new districts. Now, two years later, we’ve had another realignment and some schools are getting the opportunity to return back to where they belong.

The past two years in the Fort Bend 6A district have been mainly controlled by Fort Bend Hightower, Alief Elsik and Alief Taylor; however, the new realignment this past year has resulted in the departure of the Alief schools, leaving Fort Bend teams to once again compete amongst themselves for the district title. Bush High School will be returning to their former 6A classification after two years in 5A and will be bringing along new comer Ridge Point as well.

While Bush made a respectable playoff appearance in the two years they were in 5A, Ridge Point will be the real team to watch coming out of the smaller division. Having dominated the 5A competition, and being located in a fast growing community, it was only a matter of time before Ridge Point could get its student numbers up enough to make the jump to 6A.

Along with multiple district titles, Ridge Point has made the playoffs four years in a row in the 5A division reaching as far as the state semi-finals.

However, while they come in with a dazzling resume, Ridge Point will have to contend with the always stout Hightower and other teams such as Travis and Dulles that are coming off good years and bring talent, speed and experience to the table.

With the departure of Hightower quarterback Neiko Hollins and a host of defensive starters led by Darius Anderson and Mike Johnson, Hightower may not have as much of a stronghold on the district as they previously did.

With so many uncertainties following the depleted Hightower starting lineup and the uncertain transition of Ridge Point, underrated teams such as Austin, Clements, Bush and Kempner have an incredible opportunity to sneak up on powerhouse teams and fight for playoff positions.

This realignment not only guaranteed a Fort Bend team winning the district title, but also gave struggling teams and newcomers alike, a chance to legitimately contend for playoff spots. After a few dormant years, the new realignment has increased the talent and competitiveness of the Fort Bend district, and is forcing teams (and fans) to be wary of the the grinders that are able to survive the old school, unpredictable district schedule.