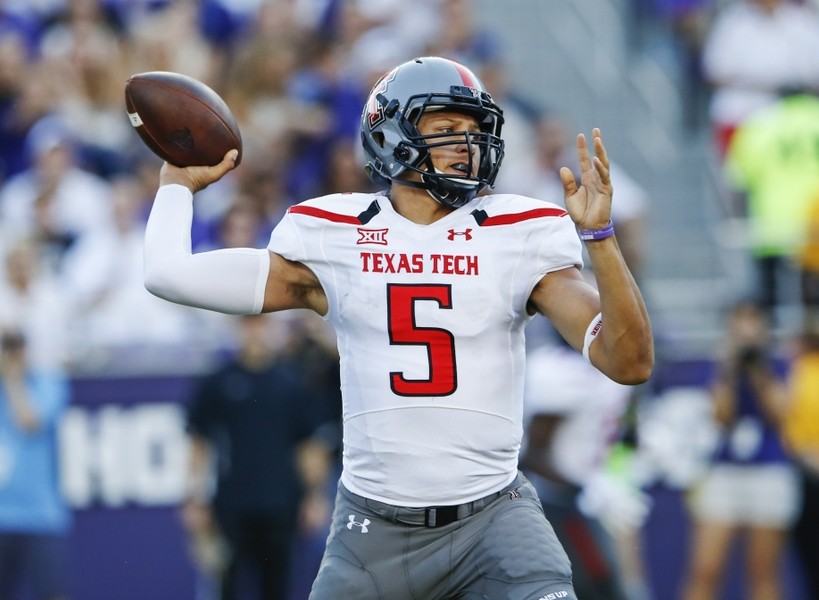 The leading passer in FBS from this past season is heading to the NFL. Texas Tech junior quarterback Patrick Mahomes announced that he would forgo his senior season and enter the 2017 NFL Draft. Mahomes made the announcement at a press conference in Lubbock Tuesday morning.

Despite battling several nagging injuries, Mahomes finished 2016 with 5,052 yards passing and 53 total touchdowns. The former Whitehouse High School standout also tied an FBS single-game record with 734 passing yards and broke another record with 819 total yards in a game against Oklahoma earlier in the year.

Quarterbacks at Texas Tech are known for putting up big numbers on offense and Mahomes was no exception. Bleacher Report’s Matt Miller projects Mahomes as a second round draft pick. With this decision being made, head coach Kliff Kingsbury will led the Red Raiders in 2017 with a new signal caller.