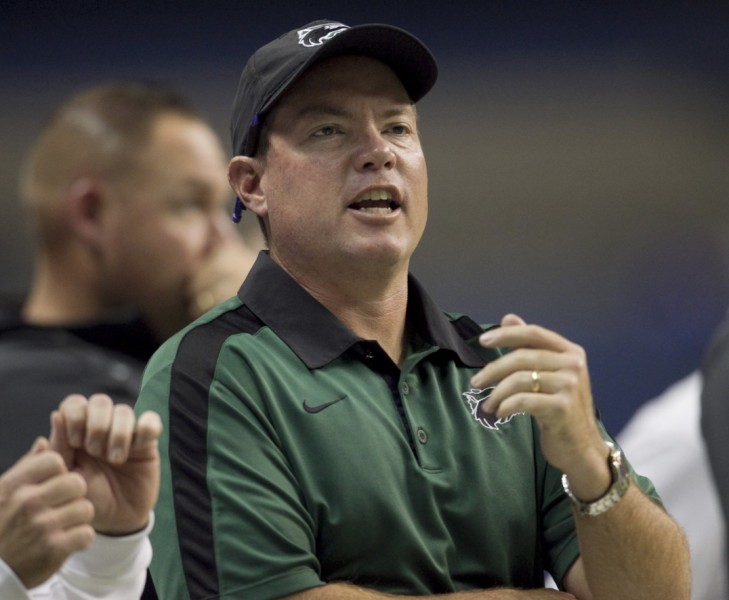 RED OAK, Texas — After back-to-back winless seasons in 2014 and 2015 and a 5-17 record during the two seasons after, Red Oak ISD found a new head football.

And it went to the collegiate ranks to find him.

“We are very excited to bring Chris Ross to ROISD,” ROISD Athletic Director Chris Anderson said in the Daily Light report. “Coach Ross brings a wealth of knowledge to our school district with his years of experience as a head football coach with numerous successful seasons, district championships, and playoff teams. He has done an outstanding job at his previous schools as a campus leader working to create a culture of hard work, discipline, and accountability among the student-athletes and coaches under his care.”

He replaces former Brian Brown, who retired Nov. 16 after 28 years of coaching. Brown spent four seasons as the Hawks’ head coach, compiling a 5-37 record during his tenure. Only two of those wins came during District 14-5A or 10-5A play.

Ross has had a seven-year head coaching stint with Cedar Park and four-year stints with both Leander and Wichita Falls High Schools. Before transitioning to the NCAA, he most recently operated as Prosper ISD’s athletic director and head coach between 2015 and 2016. Throughout his high school coaching career, he helped lead teams to 10 playoff appearances and five district titles.

Ross will undertake the immediate responsibility of returning the Hawks to the University Interscholastic League postseason. It’s a feat that hasn’t been accomplished since former Head Coach Mike Shields and Red Oak went 9-4 overall and 6-1 in District 15 and reached the regional quarterfinal round of the Class 4A playoffs.

The Hawks are expected to return more than 30 members of its 2017 team — including leading rusher C.J. Palmer and rising cornerback Jacob Proche.