Report: Tom Herman Set to Become the Next Head Coach at Texas 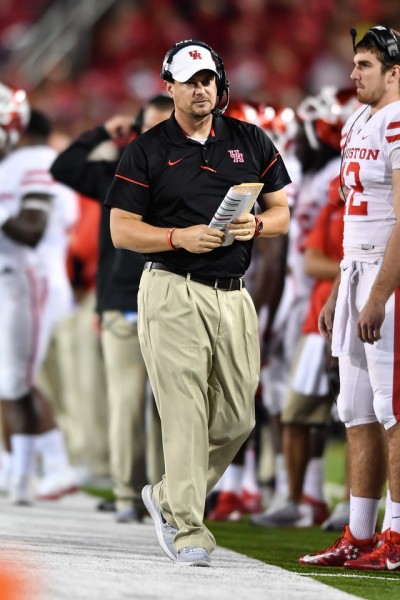 It looks like the speculation surrounding the Texas program will come true. According to Chip Brown, Tom Herman has agreed to a 6-year deal to become the next head coach of the Texas Longhorns. The university has not made an official announcement regarding his hire.

Herman replaces Charlie Strong, who was fired Saturday morning after losing the season finale on Friday against TCU. Strong went 16-21 in his three seasons as the Texas head coach.

This won’t be Herman’s first stint with the Longhorns. He was a graduate assistant in 1999 and 2000. He also several stops at other schools such as Texas Lutheran, Texas State, Sam Houston State. Before taking on the Houston job, Herman was the offensive coordinator at Ohio State where he won a national championship.

Tom Herman had been the hottest name in head coaching circles, as he was also linked to the LSU job. Ultimately, LSU decided to make interim coach Ed Orgeron the permanent head coach in Baton Rouge after Herman had said that Texas was still in the running.