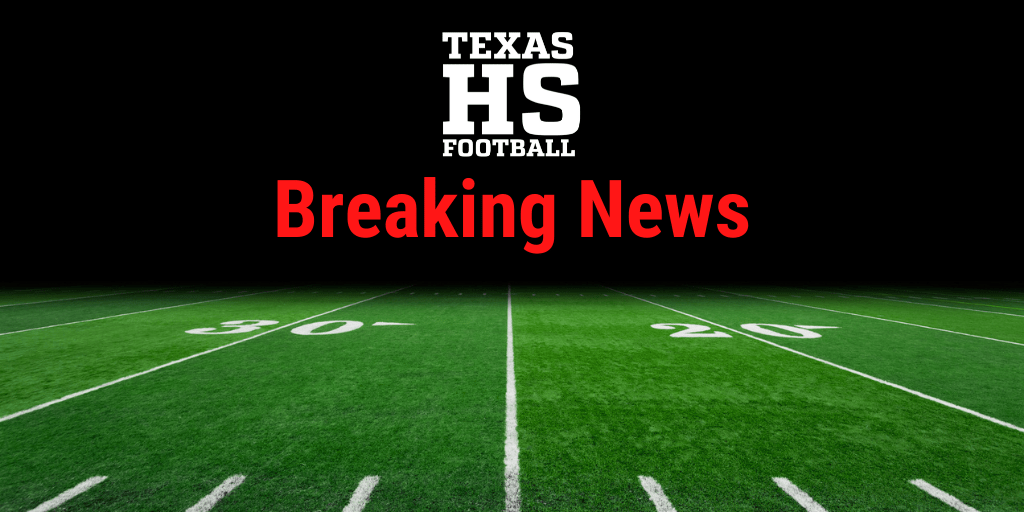 After leading Denton Guyer to the 6A Division II Football State Title Game this past season, Rodney Webb is on the move to his third school in the past three years.

However, after 19 years as a high school football head coach, Webb is exchanging his coaching headset for an administrator’s cap as he takes over as the athletic director for Highland Park ISD after announcing his retirement from coaching earlier on Monday.

He will replace Johnny Ringo, who had served in the athletic director role at Highland Park since June 2013 before announcing his retirement earlier this year.

“When you talk about a tradition of excellence in Texas high school athletics, Highland Park leads every discussion,” Webb said in a press release on Monday. “I love coaching and working with student-athletes, but an opportunity to lead a storied program with decades of success is one that is extremely exciting to me. I love being part of a team, and I am looking forward to impacting the kids and the Park Cities community in a positive way.”

Webb was at Denton Guyer for just two seasons, but he led the Wildcats with great success. He finishes his stint there with a 25-5 record and a state title game appearance this past season.

If this is Webb hanging up his headset for good, he has made his mark in the DFW area as a high school football head coach. He missed the playoffs just once in his 19-year head coaching career. Even that occurred all the way back in 2003 when his Royse City Bulldogs finished 5-5 in his first season as a head coach.

After that 2003 season, he proceeded to win 39 games over the next four seasons with Royse City before leading Mesquite Horn to five straight playoff appearances from 2008to 2012.

Following his time at Mesquite Horn, he took Rockwall to the regional finals in 2015 and the state semifinals in 2019 as he racked up 60 wins in his seven seasons as the Yellowjackets head coach.

On the gridiron, the Scots are coming off a 10-2 season and are led by one of the most famous high school coaches in Texas history, Randy Allen. Allen, who has been at Highland Park since 1999, has 424 wins over his 41 years as a head coach.

And although the Scots are moving up to 6A for the upcoming realignment, they will likely be a playoff contender yet again this season. So even if it will be from an administrative role now, don’t expect Webb’s record of 18-straight playoff appearances to be broken anytime soon as he enters a new chapter in his career.