Shutdown Corner-A Look Back at Bobby Taylor of Longview 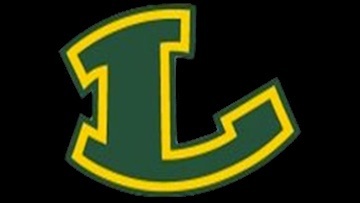 At 6-3, 216 pounds, he could cover receivers like a blanket. His athleticism was off the charts.

Bobby Taylor was a member of the state champion 4X400 relay team and a three-year starter at cornerback for the Longview Lobos from 1989-1991.

As a senior in ’91, he helped lead the Lobos to a 9-3 record and a district championship.

He was named 5A All-State as a senior and was also named to the USA Today All USA High School Football Team.

He signed a letter of intent to play for Lou Holtz and the Notre Dame Fighting Irish.

In 1993 for the Irish, Taylor recorded four INTs, returning one for a touchdown. The Irish as a team recorded 12 INTs that season. He also recorded 51 tackles, 1 sack, a fumble recovery, and three blocked kicks.

He didn’t allow a touchdown pass against him in 1993 until the end of the regular season. For his efforts, Taylor was named a Jim Thorpe Award finalist.

He was selected in the 2nd round of the 1995 NFL Draft by the Philadelphia Eagles.

Taylor played for the Eagles for nine years, earning a Pro Bowl selection in 2002 after recording five INTs that season. He also played one final season with the Seattle Seahawks in 2004.

For his NFL career, Taylor recorded 19 INTs, to go with 116 tackles and four sacks.

Taylor had his Longview jersey retired, the first in the school’s history.

And, Taylor was inducted into the Texas High School Football Hall of Fame in 2012.