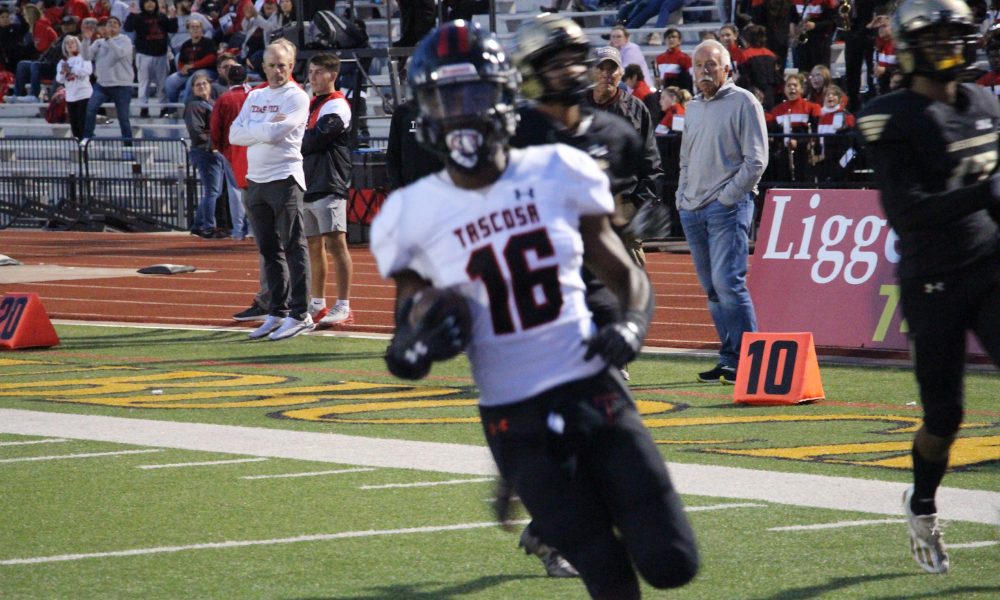 Major Everhart, a Swiss army knife player for Tascosa High School in Amarillo, announced today that he will attend TCU.

A 3-star prospect (according to 247sports), Everhart chose the Horned Frogs over scholarship offers from:

So far in 2021, he has rushed for 451 yards and six touchdowns in an offense that scores 50 points per game. He has also added 248 yards receiving and 2 touchdowns. Everhart averages 117 all-purpose yards per game.

Everhart has scored at least one touchdown in 5 of the 6 games played:

His decision to commit to TCU was aided somewhat by the fact that he has family members who live in the Fort Worth area.

He is projected to play slot receiver and running back in college, and could see playing time on special teams. And, he could also run track at TCU.