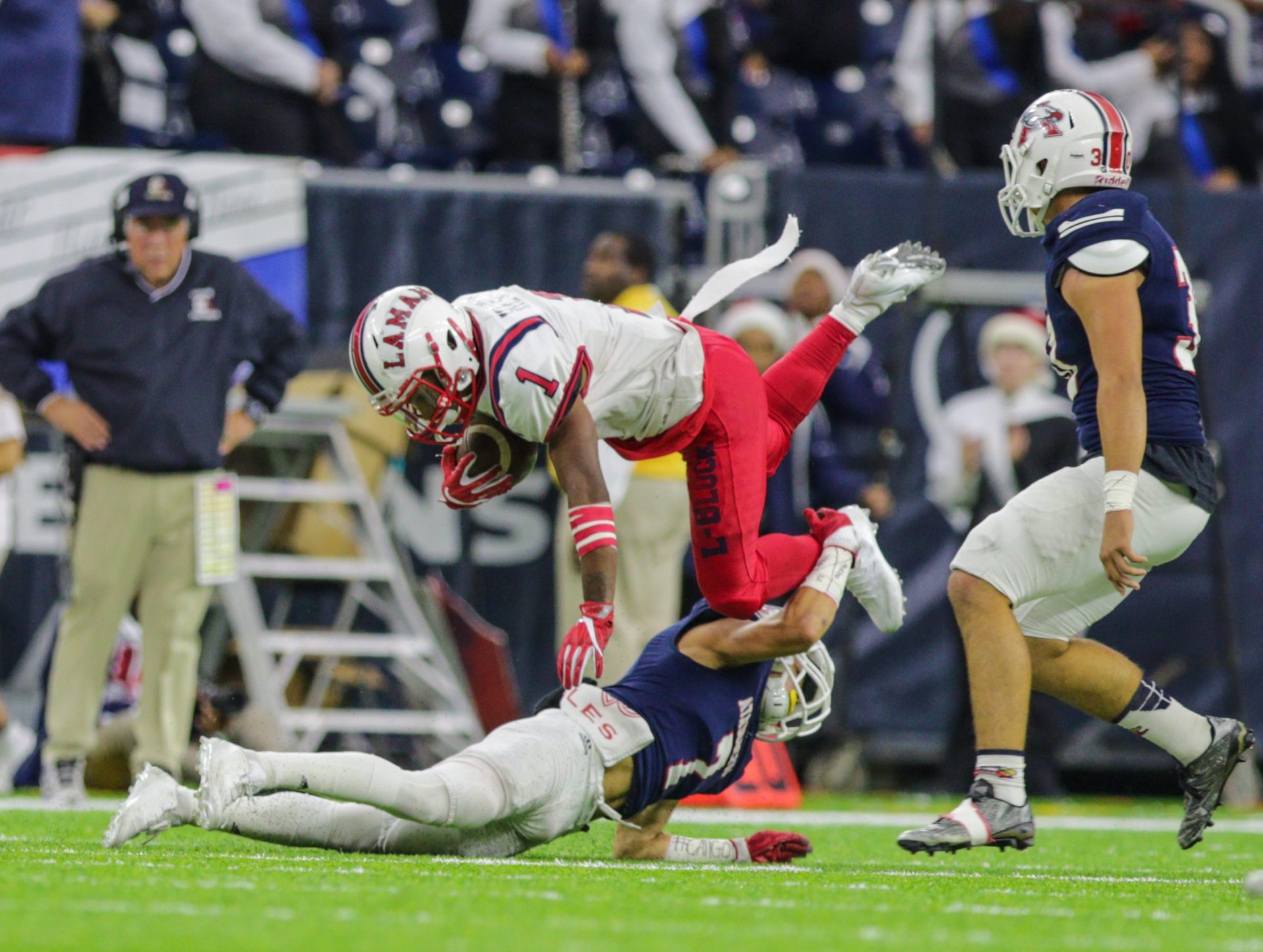 HOUSTON — The elusive statement via Instagram, “I heard before ‘Texas talent stays in Texas,'” may have killed the suspense surrounding the collegiate commitment of Bayou City star Ta’Zhawn Henry.

It also may have been a bit of foreshadowing.

The three-star running back drew a proverbial line in the sand between Oregon State, Texas Tech, and several others Saturday night after pledging to go “Guns Up” for the next four years.

I will be choosing where I would like to further my career. #Philippians4:13 pic.twitter.com/8WlQurxP8k

“I’d like to commit to Texas Tech University. Texas talent stays in Texas so I’m  going to keep all my talent in Texas,” Henry said during the live feed. “It keeps my family close to home and now they can come see me play.”

Third-option Nebraska, though, was never really in the picture.

“They had another running back coming up,” he said minutes earlier from his Houston-area home. “I had to make the decision for me. I didn’t want to waste their time or mine.”

He made the announcement five days before the Wednesday, Feb. 7 National Signing Day. It’s the final period senior football athletes can sign National Letters of Intent during the 2017-18 school year.

Henry, a former 1,000-yard rusher at Houston Lamar High School, crossed 26 other programs off his list — including Arizona, Baylor, and Houston — and decommitted from TCU during the 2017 season.

The No. 22 all-purpose back in the nation and No. 126 athlete in Texas per 247Sports’ Composite Rankings joined arguably one of the most underrated rosters in college football. His decision would have enhanced Oregon State’s chances of improving from 1-11 overall and 0-9 Pac-12 records in 2017.

Onto My Next Chapter
Texas Tech University.. pic.twitter.com/6FgLKPSUTM

Instead, his addition will help bolster a Red Raider team mired in an increasingly tough Big 12 Conference, especially with former Mansfield Lake Ridge star and current Red Raider redshirt freshman quarterback Jett Duffey and former Lufkin star and junior Keke Coutee on the roster. Duffey has yet to play and Coutee led Texas Tech with 1,429 yards and 10 touchdowns last season.

Henry’s final words to his fans were short, simple, and Houston Lamar-like.

“We are going to work hard and take it game by game.”