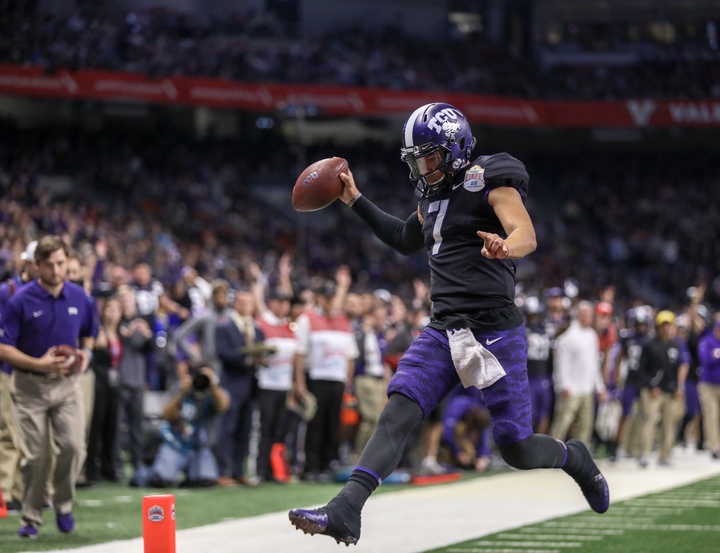 SAN ANTONIO — Everything seemed to be going wrong — albeit incrementally — for the Horned Frogs’ for the first 30 minutes of play during Thursday’s Alamo Bowl.

Kenny Hill threw an interception five plays into the game and on the first play of Texas Christian University’s second drive. Big 12 Co-Freshman of the Year Jalen Reagor was knocked out of the game temporarily after a viscous hit. In between, Stanford and quarterback K.J. Costello scored 14 points to unbalance one of the best defenses in college football. 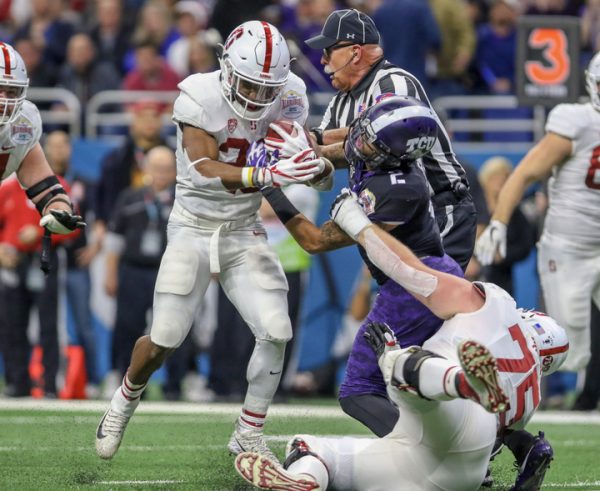 With Bryce Love on his way to a game-high 145 yard and two touchdowns on 26 carries and Castello on his way to completing 15 passes for 212 yards, the Cardinals seized momentum and nearly ended the game in the first half. It was then, though, the Horned Frogs found their footing.

They struck first via Hill’s 6-yard flea-flicker-induced run. They attacked next through 11- and 27-yard touchdown receptions by Desmond White and a 93-yard scoring bomb to Reagor, a product out of Waxahachie, Texas, with 14:34 left in the fourth quarter.

White’s third touchdown of the game — a 76-yard punt return that was a proverbial kill shot to the remainder of a once expansive deficit — helped sway the game in TCU’s favor for the first time.

Sewo Olonilua’s 29 yards helped TCU force it’s way into the red zone and Cole Bunce’s 33-yard field goal gave his team a 39-37 lead with little more than three minutes in the fourth quarter helped them secure a lead and hold it. 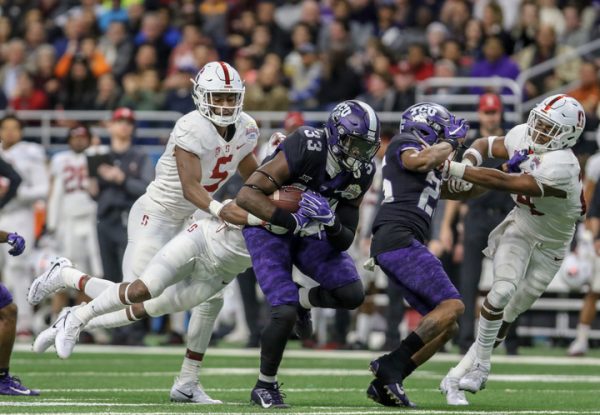 A final defensive stand highlighted by a Nathan Texada pass deflection, a Mat Boesen rush that forced a false start and a 3rd and 15 situation and the game-sealing interception by Innis Gaines.

TCU won its first major Bowl game since beating Oregon 47-41 in the 2015 Cotton Bowl. In the victory and during the last game of his collegiate career, Hill was the game’s leading passer after completing 27 of his 40 passes for 314 yards, two touchdowns and two interceptions. He also added 60 yards rushing and a touchdown.

In the first bowl game of his career, Reagor hauled in five passes for 169 yards and a touchdown including the 93-yard pass that was the longest in Alamo Bowl history. He was one of three receivers to find paydirt and the only to gain more than 50 yards.