Texans Rally Comes Up Short In Loss To Tennessee Titans 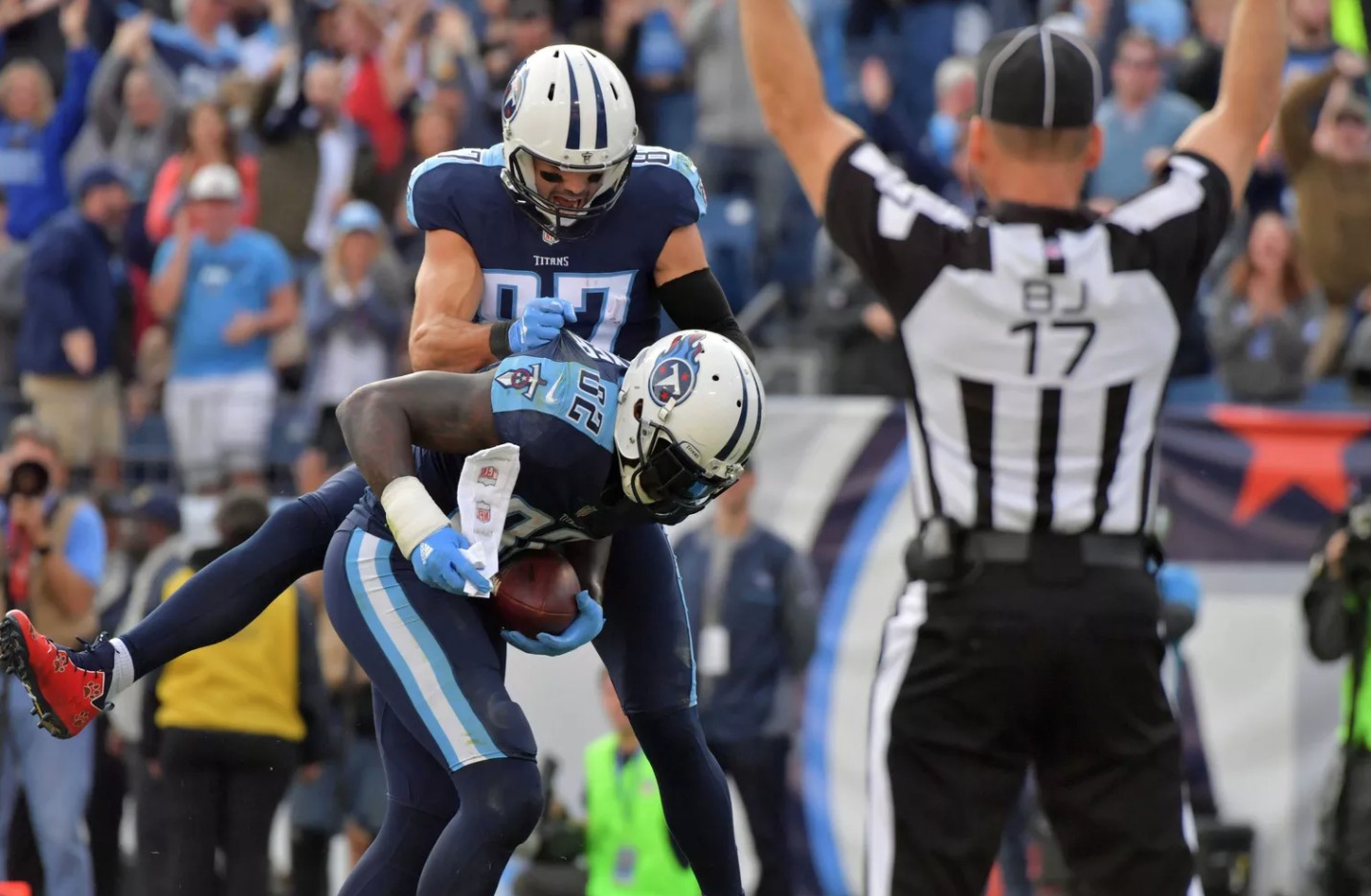 NASHVILLE, Tenn. – For the second straight week, Tom Savage ended his team’s hopes of victory via a late game turnover. The Texans (4-8) lost to the Tennessee Titans (8-4) 24-13 at Nissan Stadium.

Savage finished the day with 365 yards passing, one touchdown and an interception. Tennessee running back Derrick Henry had 109 yards on the ground on 11 carries and a touchdown.

The Texans caught a break early after the Titans Adoree’ Jackson fumbled a punt in his own territory. Houston looked to have a score from DeAndre Hopkins, but the score was overturned after a booth review. Ka’imi Fairbairn would split the uprights from 23 yards out to give Houston a 3-0 lead.

Marcus Mariota got the Titans offense going, spreading the ball around to several of his receivers. But unlike Houston, they weren’t able to come away with points as Ryan Succop missed a 40-yard field goal to keep the score at 3-0 in the first quarter.

After multiple failed offensive attempt by both teams, Tom Savage found Braxton Miller for 57 yards early in the second quarter. That play set up a four-yard score from S Steven Anderson to extend their lead to 10-0.

The Titans responded behind Murray’s legs and put together a drive that ended with a Mariota seven-yard touchdown run to bring Tennessee within three. Murray ended the day with 66 yards rushing.

After a missed Fairbain field goal late in the first half, the Titans would get a 43-yard field goal to tie the game at 10 at the half.

The depleted Texans offense opened the second half featuring a heavy dose of Hopkins. The receiver made key plays on third downs to help his team move into scoring range. The offense stalled out however and Fairbairn missed from 28 yards out. The 16-play drive ate well over eight minutes with nothing to show for it.

The Titans ensuing drive would feature a heavy dose of Murray and Derrick Henry, who converted a key fourth down on the drive. On the next play, Mariota hooked up with Delaine Walker on a 24-yard score to give the Titans a 17-10 lead as the third quarter ended.

Houston mounted an offensive drive midway through the final quarter abetted by defensive miscues and a couple of catches for Hopkins. A 42-yard Fairbairn field goal brought Houston to within four points with 4:37 left in the game.

After the Titans were unable to get anything going, the Texans took over with the game on the line. Savage completed several passes, giving his team a chance to score. But three straight penalties (one delay of game, two false starts) put Houston in a tough spot but they were able to convert as Savage found Stevens for a huge 23-yard completion and a first down with 90 seconds left. U

Unfortunately for the Texans, Savage went for broke and ended throwing an interception in the end zone to kill the rally. Derrick Henry added a 75-yard touchdown run to seal the win for the Titans.

With the win, Tennessee kept pace with AFC South co-leaders, the Jacksonville Jaguars with an 8-4 record. The Texans fall to 4-8.