Our season preview of Texas Tech carries on, as we reach the halfway point of the season. In its sixth game, the Red Raiders travel to Morgantown to take on West Virginia.

The main storyline for the Mountaineers this season will be former Florida quarterback Will Grier’s ability to generate offense. Grier was relatively successful as a true freshman at Florida in 2015 before being suspended for the use of a performance enhancing drug. He decided to transfer to West Virginia and sat out all of 2016.

While hopes are high among fans in Morgantown, Grier is still fairly unproven. Dana Holgorsen’s squad has struggled to replicate the offense it had with Geno Smith at the helm in 2012 but has consistently fielded a solid defense. If Grier emerges as one of the better quarterbacks in the Big 12, Wet Virginia may be a complete team that can contend as a dark horse for a conference championship.

Texas Tech has dropped its last three matchups with West Virginia, all by increasing margins. In 2014 the Red Raiders blew a fourth quarter lead and lost on a field goal as time expired. In 2015 they struggled to move the ball and fell 31-26 in Morgantown. Last year Tech was pounded on its home field, falling 48-17.

West Virginia’s unique 3-3-5 defense posed serious problems for Patrick Mahomes and the Texas Tech offense the past two seasons. If Tech adjusts their style of play with the less mobile Nic Shimonek now poised to be the starting signal caller, maybe it will make a difference. Then again, maybe Holgorsen and company have the air raid attack relatively well figured out.

Will Grier will likely be an upgrade over Skyler Howard at quarterback for West Virginia. Tech will have a tall task ahead of it to match the Mountaineers on either side of the ball. Combine all that with the longest road trip in the Big 12, and the Red Raiders are at quite the disadvantage in this one heading into the season. 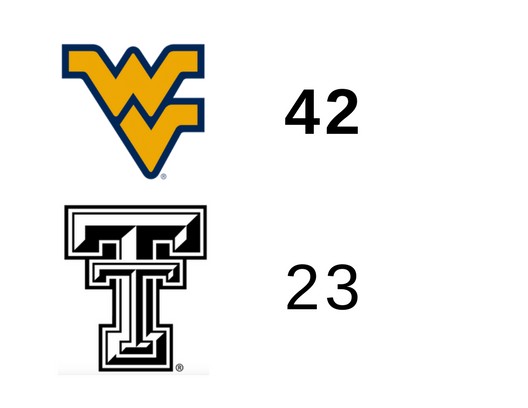