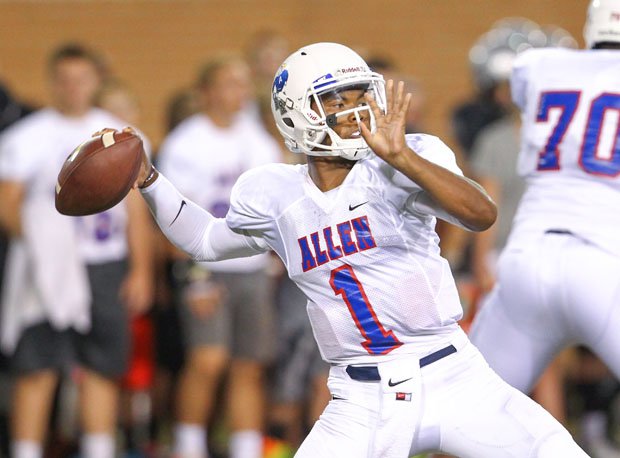 We asked you to nominate the best high school football players in Texas of all-time.  We instructed you to consider only their high school career and not how they performed in college or the NFL. We took the top nominees, and conducted a poll. 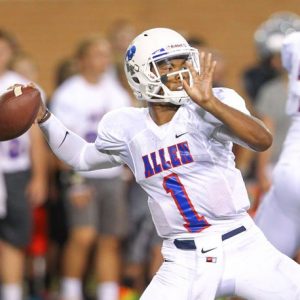 Allen went 42-0 as the starting QB for Allen from 2012-14. He missed one game, which his team also won.  He led the Eagles to three-straight UIL State Championships.  He was named the Gatorade National Player of the Year as a senior. As a senior, he threw for 4,713 yards, ran for 1,495, and had 79 total touchdowns.

He totaled 10,386 passing yards in his high school career and 117 touchdowns. He added 4,139 rushing yards and 69 touchdowns.  He completed 63 percent of his passes and had only 22 interceptions.

#2 Ken Hall was a running back for the Sugar Land High School from 1950-53.  He ran for 11,232 yards, a Texas high school record until Derek Henry broke it in 20012 playing in several more games than Hall did. Hall still has the national high school record of averaging 32.9 points per game.

#3 Johnathan Gray was a running back at Aledo high school from 2008-2011.  He set the national record with 205 career rushing touchdowns.  In a state championship game, he rushed for 323 yards and 8 touchdowns.  He led Aledo to 3-straight state titles.

Results of the Poll: