THROWBACK THURSDAY: 40 Years Ago Earl Campbell Exploded Into The NFL

Forty years ago in 1978 the legendary Earl Campbell had one of the greatest rookie seasons of all time.

Earl Campbell, a 5-11, 232-pound ball-carrying dynamo from the University of Texas, joined the Houston Oilers as the first player taken in the 1978 National Football League Draft. The first player to earn All-Southwest Conference honors four years, Campbell was a consensus All-America and the Heisman Trophy winner in 1977. 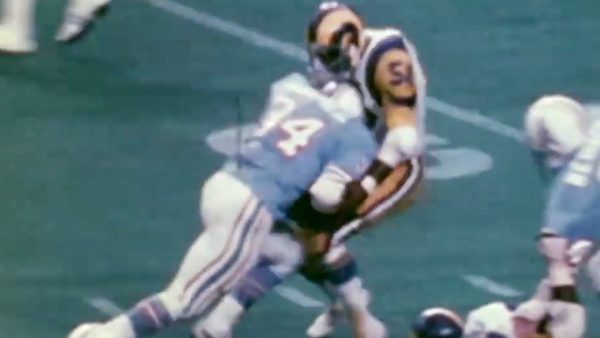 “I want to make sure my name’s mentioned when they start to call the roll, and I have to work hard to make sure that happens…I have it in my mind that if I work hard, then I shall receive.”

Born March 29, 1955, in Tyler, Texas, Campbell took the NFL by storm right from the very start. In 1978, he was named the NFL’s Most Valuable Player, All-Pro, and Rookie of the Year. He won the league rushing championship with 1,450 yards and was named to the AFC Pro Bowl squad. It was more of the same the next two years with NFL rushing titles, MVP honors, and consensus All-Pro acclaim each season.

The Rest of the Story…

In 1981, he won his fourth straight AFC rushing title. A sensational runner, Campbell was picked for the Pro Bowl five of his first six NFL seasons.

In his eight-season career, Campbell rushed 2,187 times for 9,407 yards, and 74 touchdowns. He also gained 806 yards on 121 receptions to bring his career combined net yards total to 10,213. His most famous performance came in a Monday night game against Miami in his rookie season. That night, he rushed for 199 yards and four touchdowns to lead the Oilers to a spectacular 35-30 victory. In spite of the constant pounding he took from opposing defenders, Earl missed only six games out of 115 because of injuries. Midway into his seventh season, the powerful running back was traded by the Oilers to the New Orleans Saints for a first-round draft pick. He played a season and a half with the Saints before retiring after the 1985 campaign.

The Man I First Called Coach