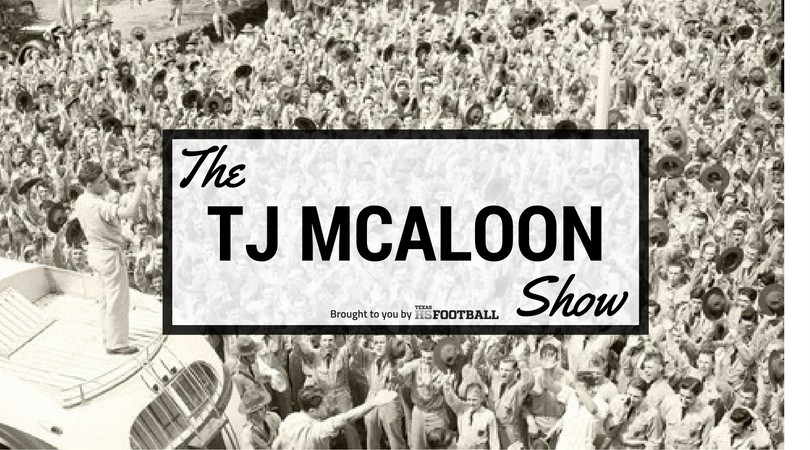 On this week’s episode of the “T.J. McAloon Show” is with Sean Adams of Austin, TX’s AM1300 The Zone. Sean hosts the morning radio show “Bottom Line” with Chip Brown from 6-10am. We start the podcast off with Sean, talking about how hard it is to get your energy up that early in the morning.

Sean and I also discuss not being from Austin, or having gone to the University of Texas, and being able to discuss the Longhorns without having a bias towards a school that we had gone to. We talk about Longhorns fans having to curb their expectation for the 2018 season; as last year the fan base got fired up after UT started 2-0 last season.

We turned our conversation over to LaVar Ball. Ball has been all over television as his son, Lonzo, is leading the UCLA Bruins in the NCAA Tournament. Sean has some great insight on how Ball is being a good example as someone who is involved in his child’s life.

However, Ball is potentially doing some harm for his son as he may be setting his son up to get some payback for all of the loud talk on so many media outlets.