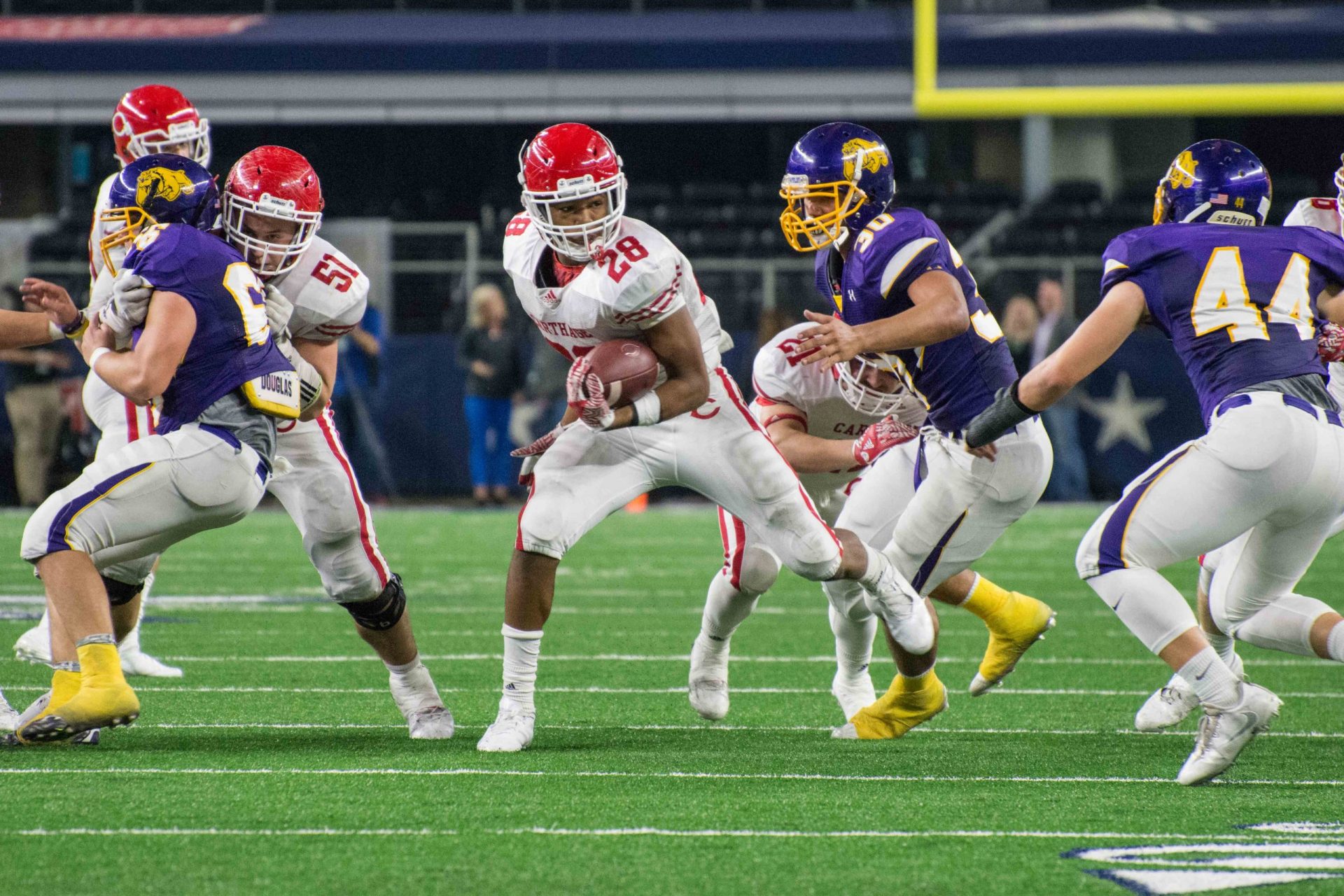 After bursting on to the scene last season, the number one running back in the Lone Star State (247 Sports) in the Class of 2018 has made his college decision. Carthage running back Keaontay Ingram announced his commitment to Tom Herman and the Texas Longhorns on Tuesday.

Ingram had offers from several other top programs including Ohio State, Michigan, LSU, USC and Florida State. In the end, Ingram has decided to stay in state and head to Austin and suit up for the Longhorns.

2016 was a banner year for the rising senior running back, finishing with 2,225 yards rushing and 31 touchdowns. He also proved to be a versatile receiver out of the backfield as well, compiling 46 catches for 475 yards and two touchdowns.

On top of those numbers, Ingram racked up some impressive postseason awards including a second team all-state selection by the AP, the Class 4A Co-Offensive MVP by the Texas Sports Writers Association and was also the offensive MVP in the Class 4A-I state championship game where the Bulldogs defeated Abilene Wylie.

Ingram becomes the ninth commit in the Class of 2018 for Tom Herman and the Longhorns that now has six four-star recruits in the class, per 247 Sports. With his college decision now made, Ingram will look to be a key piece for the Carthage Bulldogs to repeat as state champions in 2017.