Fort Worth All Saints Episcopal High School standouts Tommy and James Brockermeyer took to Twitter on Friday afternoon to announce their commitment to Alabama. 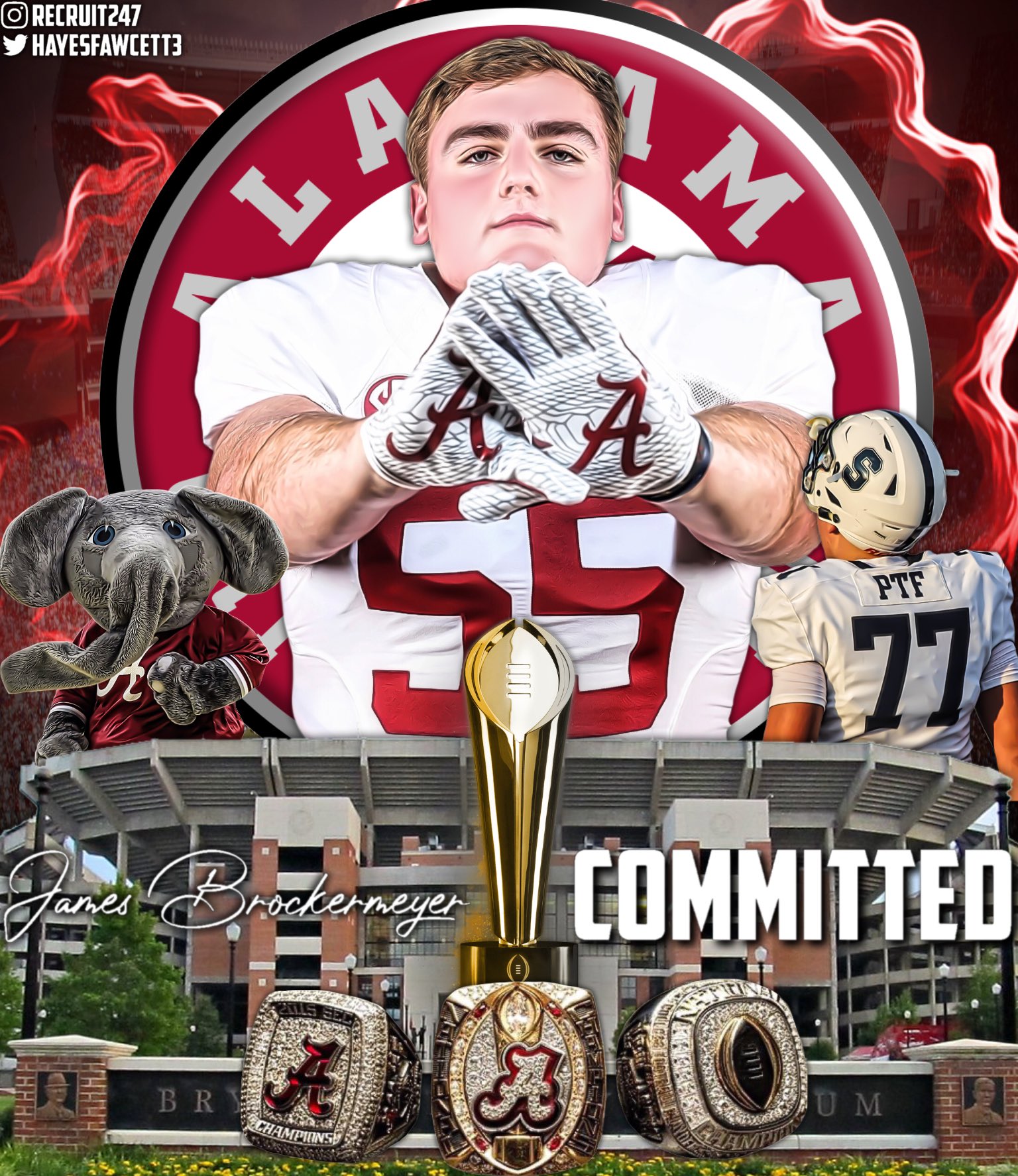 Fort Worth All Saints Episcopal High School standouts Tommy and James Brockermeyer took to Twitter on Friday afternoon to announce their commitment to Alabama.

Tommy— a five-star offensive tackle— followed shortly after with his own commitment to the Crimson Tide squad:

James is rated the No. 1 center in the state and chose Alabama over 16 other offers. James narrowed down his offers to Alabama, Texas, Auburn and LSU in May before committing to the Tide.

Tommy is rated as the top offensive tackle in the state and the No. 5 player in the country boasting 25 offers. Tommy narrowed down his offers in December to Alabama, Clemson, Auburn, LSU and Texas.

The Brockermeyer twins both held offers from the Texas Longhorns which is quite special as they would have been legacy students and athletes in the program. The twins’ grandfather (Kay) and father (Blake) played football for the Longhorns. Blake spent three seasons with the program before entering the NFL draft following his junior season. Their older brother, Luke, is currently a sophomore linebacker with UT. Their mother, Kristy, also graduated from Texas.