Underclassmen Look To Rise To The Challenge For Arlington Bowie 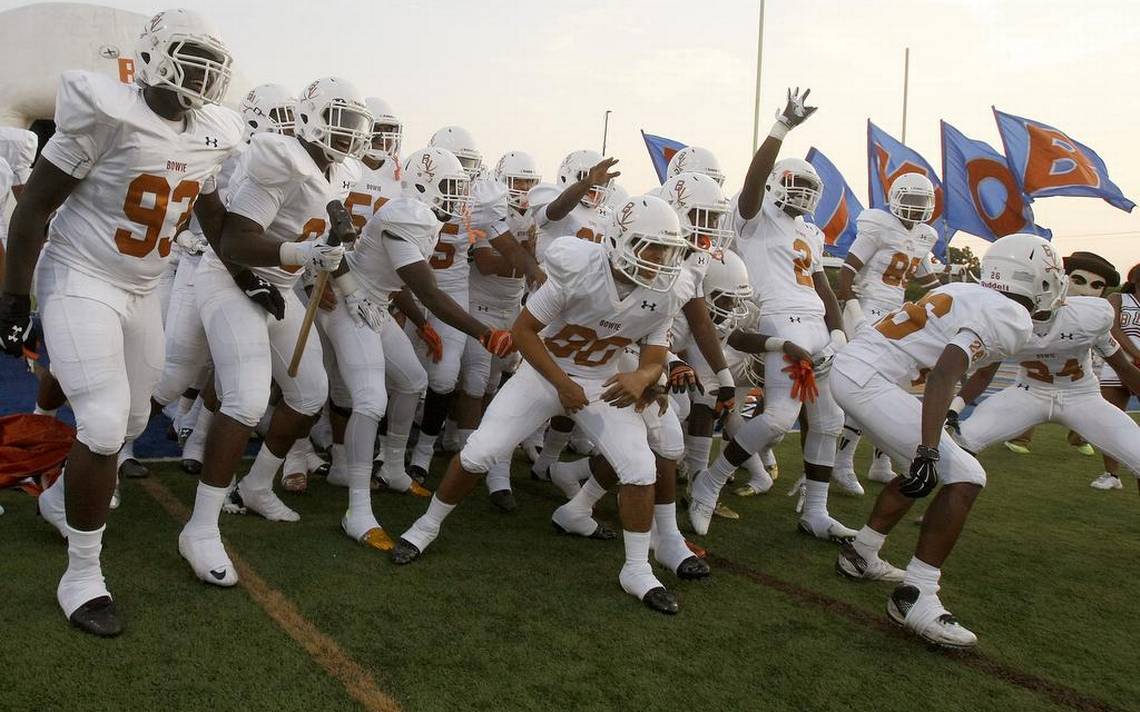 Even with identical 5-2 records, Arlington Bowie ended up being the last Arlington team standing in 4-6A in 2016. Arlington Martin and Arlington High were both eliminated in the first round of the playoffs while Bowie carried their season into the 6A DI regional round before losing to a skilled Duncanville team to end their season at 10-3.

Heading into 2017, Bowie will be taking a hit with several graduating players and may have to prepare for even more of a battle with District 4-6A looking to be a war zone for district supremacy.

Of course, Mansfield will be looking to continue its streak of district titles, Martin has notable talent returning and Arlington High is waiting to capitalize on the first sign of district complacency. So where will Arlington Bowie fall in the scheme of things and who will they be looking to vault them towards an even deeper playoff run?

Bowie is losing a considerable amount of talent on both sides of the ball after having 14 seniors be tabbed All-District. It is difficult to replace a class of that much talent and depth and even though there will be the next line of players stepping up, replicating the amount of production seen from Bowie’s senior class will be a large task for the next bunch to fill.

The Volunteers do return leading rusher Branden Ellis and District Offensive Sophomore of the Year and likely next signal-caller in Ty DeArman. Ellis ran for 943 yards and 11 touchdowns and DeArman snagged two touchdown receptions and 450 yards when he lined up at receiver.

Linebacker Jalan Baymon will look to be a junior leader on the defense and increase his sack number up from six and wreak havoc from the linebacker position.

Bowie has a lot of ground to cover and will have to do it quickly if they wish to advance deeper in the playoffs and pry a district title away from Mansfield. The juniors in the upcoming season will play a pivotal role into what direction this team will head.

The district competition will be fierce and there may not be a clear district favorite in the upcoming season. However, the Volunteers can stake their claim if the underclassmen rise to the occasion. If they can escape the district healthy, another playoff run should be an achievable task with their more experienced players ready to take the step forward.