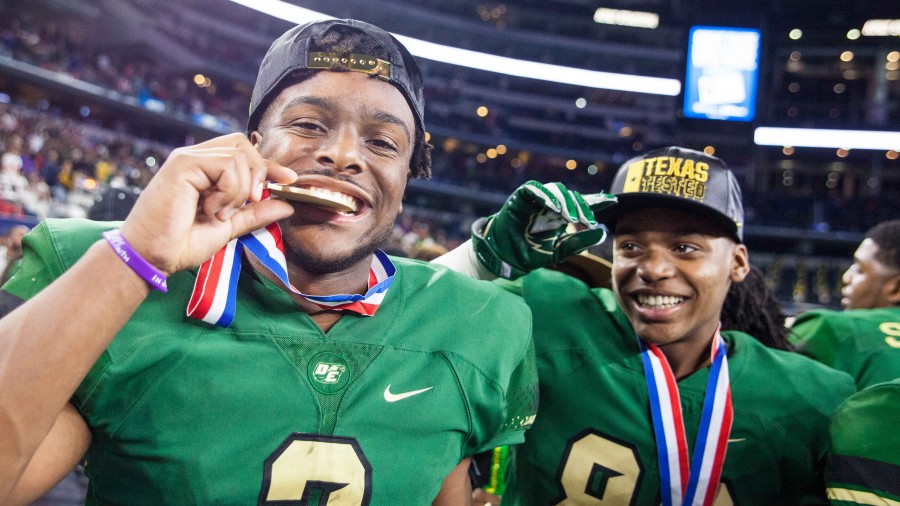 DeSoto finally accomplished what it set out to do since the program’s inception 12 years ago, winning a national championship and boasting an undefeated record on the season. Notable alumni came and went without a title; former Eagles turned pro athletes Von Miller, Byron Hanspard, Zach Orr, Mark Simmons, amongst numerous others donned the green and gold without ever hoisting a UIL State trophy for their effort.

However, past groups were never quite like the one fronted by Shawn Robinson, in which 28 DeSoto athletes signed letters of intent over the offseason. Relive the Eagles achievements with a recap of their UIL 6A State Championship win, exclusive to Texas HS Football.