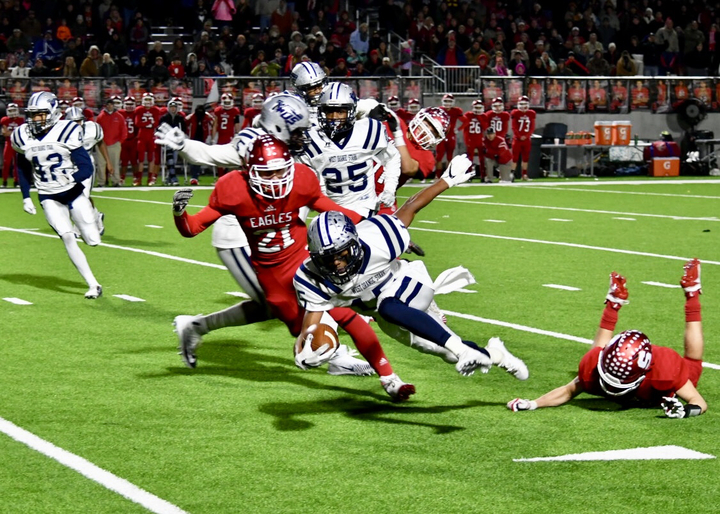 KATY, Texas —Coming off a 28-26 win over Madisonville last week, the work didn’t get any easier for the West Orange-Stark Mustangs on Friday night. The upstart Salado Eagles (12-2) gave the Mustangs all they could handle before falling 14-0 in the state quarterfinal match at Katy Legacy Stadium.

Running back Kavyn Cooper punched it in from the 5-yard line on the Mustangs second possession of the game and quarterback Chaka Watson added a 5-yard run the Mustangs final possession sending the Mustangs to their third consecutive state semifinal game.

Salado held West Orange to 101 yards of offense in the first half and shut down the rushing attack of Watson and Cooper — save for the lone score with 1:57 left in the opening stanza. The scoring drive began at the West Orange 46 yard and nine plays and 4:37 later, the Mustangs had a lead they would never relinquish.

“It’s 0-0 with 24 minutes left,” was the message Mustang Head Coach Cornel Thompson told his team in the halftime locker room. “Here’s what they’ve done, here’s what we’ve done. We know what we expect them to do.” 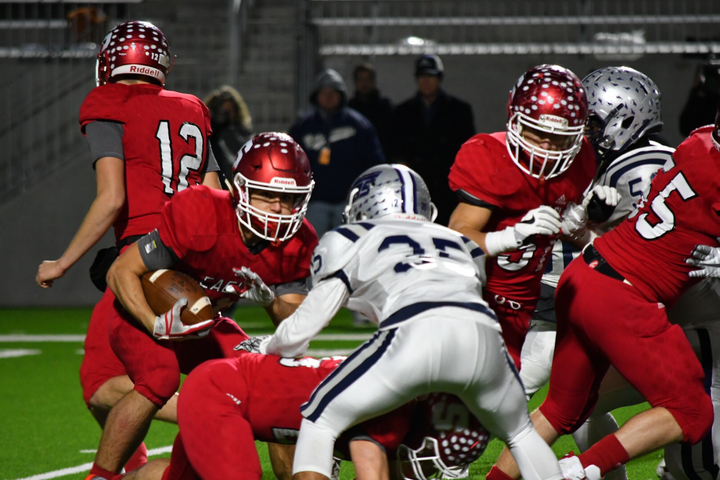 The message sunk in as the Mustangs came to life offensively when they needed it most.

With the game quickly becoming one of field position, West Orange took control in the fourth with 5:47 left on the game clock. After punting the ball to the Salado 1-yard line and forcing the Eagles into a three and out, Jaron Morris set up the Mustangs offense at the Salado 24 yard line with a 16-yard return. Four plays later, the defending two-time state champions were knocking at the door from the Eagles 5-yard line.

Moments later, Watson got to the edge and dove for the pylon sealing the Mustangs 14-0 win.

Watson finished the game 7 of 13 for 75 yards through the air and 68 yards on the ground. The Mustang defense recorded its third shutout in the last six games and have allowed just 29 points in the playoffs.

Salado had its opportunities to put points on the board missing on an 18-yard field goal early in the second quarter and then two possessions later, the Eagles found themselves first and goal at the West Orange 7-yard line and could not cash in. They opened the second half with a 34-yard run — the last time the Mustangs would allow the Eagles to cross midfield — on the opening play but could not sustain it. 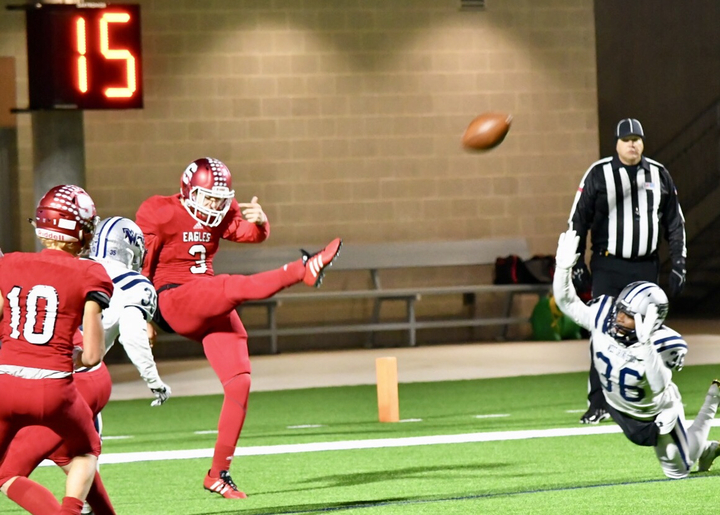 The Eagles entered the game averaging 39 points a game in the playoffs but could only muster 194 yards of total offense. West Orange held an Eagles’ ground game that averaged 385 yards per game to just 59 in the second half and 63 for the game.

“Defensively we tackled better,” Thompson concluded, flashing a momentary smile. “We’re fortunate to be here but we’ve also earned the right to be here. We’re undefeated. Nobody but us believed we’d be here. It’s been fun.”

West Orange ran its unbeaten streak to 39 games with 16 shutouts in that span as they get set to meet Wimberley (13-1), which upset Associated Press No.5 Cuero High School on Friday, in the state semifinal game next week.