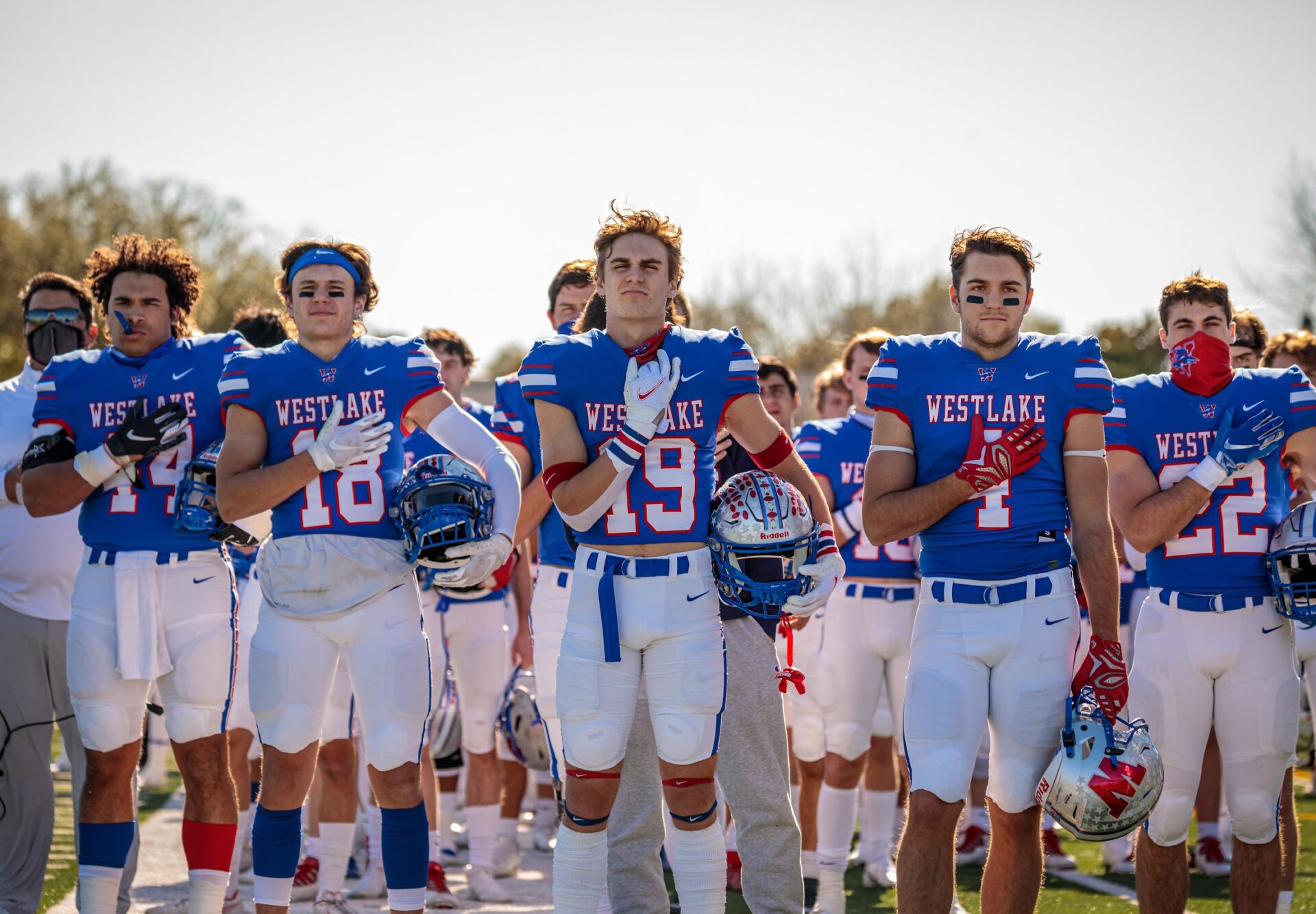 Westlake sent shockwaves throughout the state of Texas Saturday after knocking out two-time defending state champion Galena Park North Shore in the Class 6A Division I state semifinals.

Led by their swarming defense and a clutch performance from junior quarterback Cade Klubnik, the Chaparrals (13-0) won 24-21 at Katy ISD’s Legacy Stadium to deny the Mustangs (14-1) a shot at a rare three-peat. Westlake, which captured the UIL Class 6A Division II crown in 2019, will now look to win the 6A-I championship this season in Arlington.

Westlake’s defense was able to slow the sensational Dematrious Davis just enough despite allowing a handful of explosive plays that kept North Shore afloat. Klubnik answered the bell when his number was called and kept the Chaps’ dream season alive.

North Shore, which fought an uphill battle all afternoon, took its first lead of the game when Xavier Owens broke a tackle at the line of scrimmage and burst ahead for a 9-yard touchdown run with 4:16 left to play.

Klubnik wasted little time answering and took to the air for receiver Michael Taafe, who outjumped the defensive back in the area to haul in a huge 47-yard reception that set up Westlake with an immediate first-and-goal at the Mustangs’ 10.

Running back Zane Minors later advanced the ball to the 1, but the Chaps were stopped on third down and had to go for it on fourth with their season likely hanging in the balance. On a zone read play, Klubnik found room on the outside and bulldozed his way into the end zone to put Westlake up 24-21 with just 1:43 remaining.

From there, the Chaps’ defense put the finishing touches on the victory. Westlake sacked Davis and later tackled receiver Shadrach Banks just shy of the first-down marker on fourth down to seal the deal.

Westlake’s defense began the game with a massive stop as well. After Charlie Barnett booted a 48-yard field goal to put Westlake up 3-0, Jax Crockett jarred the ball loose from a North Shore runner and Lucas Mireuer returned the fumble all the way to the Mustangs’ 14-yard line.

Moments later, Klubnik lofted a pass to Luke Nicklos for a TD that put the Chaps in front 10-0.

North Shore got on the board when Davis fired a dart to David Amador for a 58-yard TD pass that came with 9:00 to go before halftime.

Linebacker Nick Morris sacked Davis to force a turnover on downs late in the half, and Westlake marched for a key score behind big runs from Grey Nakfoor and Klubnik. Taafe then caught a tunnel screen and followed his blockers for a 17-yard TD that increased the Chaps’ edge to 17-7 at intermission.

Carter Barksdale picked off Davis in the third quarter to add to the Mustangs’ frustrations, but North Shore finally got in gear thanks to a 50-yard TD run from Davis and a 48-yard pass to Banks that set up Owens’ go-ahead score in the fourth quarter.

Ultimately, though, Klubnik showed he had an ace up his sleeve and confidently drove Westlake into position for the game-winning score, which he carried across the goal line himself.

The Chaps will now vie for the Class 6A Division I title against Southlake Carroll at AT&T Stadium in Arlington. The game will be a family affair for the head coaches, pitting father against son — Westlake’s Todd Dodge versus Riley Dodge of Carroll.