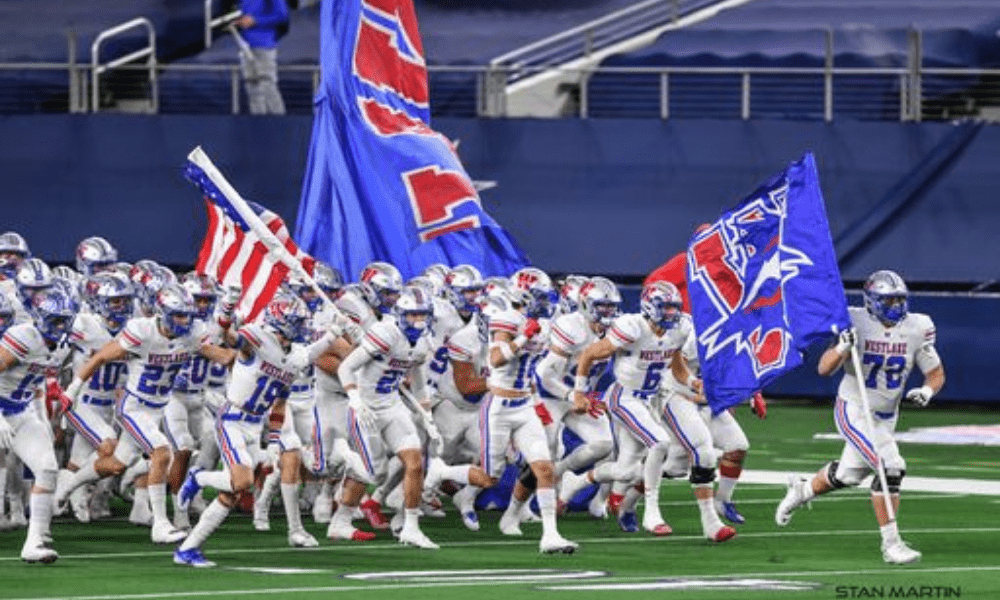 The Westlake train has been full steam ahead this season with an average margin of victory of 46.3 points in its first seven games. Austin Akins is in the playoff picture in District 26-6A, but the Eagles have the unenviable task of traveling to take on Westlake at Chaparral Stadium at 7:30 on Friday.

Here is what to watch for in this one.

It was no Cade Klubnik, no problem for Westlake a week ago against Hays. The Clemson commit is currently nursing a shoulder injury, but senior Christian Edgar filled in for him last week and delivered a stellar performance, completing nine of ten passes for 188 yards and four touchdowns.

Alongside Edgar, Hunter Henault (663 rushing yards, 5 TDs) continues to pass the run game for the Chaparrals.

On defense, Will Courtney (49 tackles) leads the Chaparrals in tackles from his safety position. His fellow safety Luke Aaron came up with an interception last week and is the only Westlake player with multiple interceptions on the season.

Westlake forced five turnovers a week ago, so expect the defense to have a big impact against Akins yet again.

Akins is in the midst of a brutal three-game stretch where the Eagles will face the top three teams in District 26-6A in consecutive weeks with Lake Travis still to come next week.

However, the Eagles are still in the playoff race, looking for their first playoff berth since 2017, thanks to the fantastic job that Joey Saxe has done in taking over this program.

The best player on the field for Akins on Friday night will be found in the trenches in three-star offensive tackle Nik Hall, a Kentucky commit.

Meanwhile, running back Zach Cagle (748 rushing yards, 13 TDs) will be the Eagle skill player that the Chaparrals need to keep an eye on. He rushed for 118 yards on 29 carries in a nail-biting 20-18 win over Austin High a couple of weeks ago and is the foundation that the Eagles’ offense is built on.

Kimani Smith (410 rushing yards and 4 TDs; 210 receiving yards and 1 TD through six games) is a versatile player as well for the Eagles.

He had a 70-yard rushing touchdown late in Akins’ district opener that secured the Eagles’ first-ever win over Hays.

Defensively, expect Cagle (30 total tackles, 2 sacks) to make some plays at linebacker as well, while Anthony Tijerina is a key player in the secondary for the Eagles and will be tasked with helping defend against the explosive Westlake passing attack.

There’s no sugarcoating this matchup. This will be a monumental task for Akins just to be able to hang around with a Westlake team that hasn’t missed a beat even with Cade Klubnik out injured.

Expect the Eagles to rely on Cagle a lot in this one, while Westlake will likely be aiming for a similar performance as last week when they put 77 on the scoreboard against Hays.