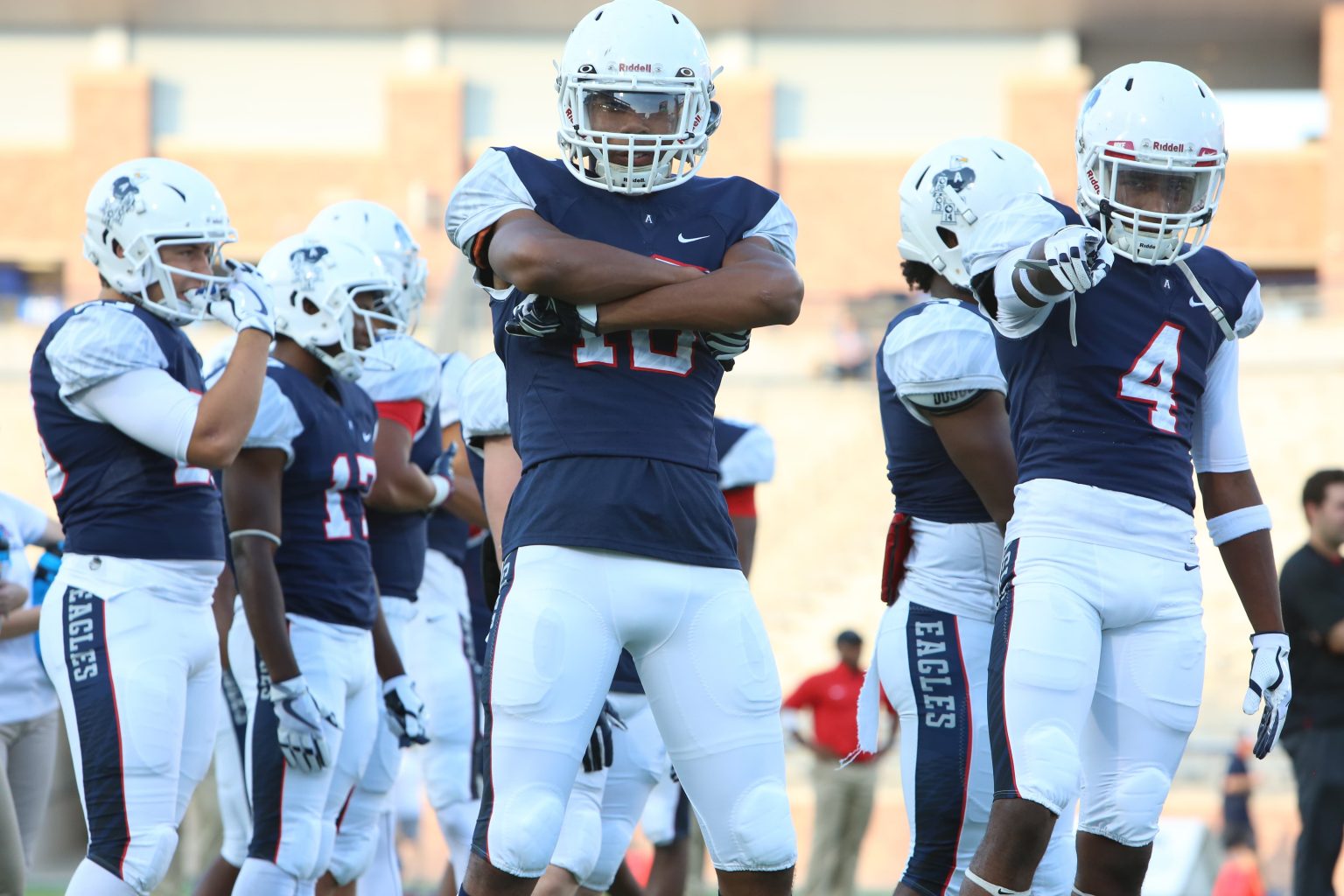 The journey across north Dallas continues with District 5-6A. This district will create some new matchups as Denton Braswell and Little Elm move up from 5A and Allen, Prosper, McKinney, and McKinney Boyd all come over from District 9-6A to join Denton Guyer in 5-6A.Â  With the defending state runner-up in Denton Guyer, Allen as the biggest high school in Texas, Prosper as a regional finalist, and Braswell and McKinney coming off seasons where they made the playoffs, this district will be a gauntlet for the teams involved. With all the talent that will be on display, here is what to watch for in this district this year.

Non-District game to watch: 9/4 vs. Atascocita- The Houston vs. Dallas showdowns continue as Atascocita, coming off a 12-2 season and a regional finals appearance, travels north to square off against Allen on their home turf.

Player to watch: WR Blaine Green- He is coming off a season where he had 1,063 receiving yards and nine touchdowns. He recently committed to Oklahoma State and will be a key target for the Eagles starting quarterback this year.
Stoeylines: Receivers Blaine and his twin brother Bryson Green were both first team all-district selections last season and have both committed to Oklahoma State. The Green brothers will be a headache for opposing defenses as they grapple with how to contain both of them this season. Leading rusher Jordan Johnson is back as well after rushing for 763 yards last season. He has 6 Division I offers including ones from Army, Navy, and Hawaii. The Eagles will have an intriguing quarterback battle to see who will lead this talented offense this season between General Booty, who transferred in from California, and Parker Wells, who transferred in from Garland Sachse. Allen will have some reloading to do on the defensive side of the ball as they graduated nine seniors who earned first or second team all-district honors. Cade Patton will be an important returner at cornerback after being a second team all-district selection last season. This Eagles team will need to gel quickly on defense, but their offense is star-studded and will be one to watch in the state of Texas this year. The will be motivated to make a deep run in the playoffs after last yearâ€™s heartbreaking 60-59 defeat to Rockwall in the area round.

See where the Eagles rank in our Texas Top 25 Teams: CLICK HERE