EL PASO- The District 1-5A title is on the line as the El Paso Chapin Huskies face the Andress Eagles in a battle of Northeast El Paso rivals. Both teams enter Friday’s game unbeaten in district play and have started to come into their own at the end of the year.

“We try to play at a high level every week and focus on ourselves,” said Andress head coach Jeff Woodruff, “I’m sure Friday night when we line up and see Chapin across from us, they’ll be amped up. But we just have to play.”

The Andress Eagles have won six in a row after a 1-2 start to the season. The Eagles have found their way on offense thanks to the efforts of quarterback Dominique Smith (1,334 yards passing, 18 TD). Woodruff’s squad has also a number of playmakers in running backs Dorian Lewis (871 yards rushing, 9 TDs) and Jalen Joseph (422 yards rushing, 9 TDs) and receivers Diego Lewis (324 yards receiving, 4 TD), who also sees time at cornerback.

“We just need to match their toughness and beat that,” said Diego Lewis, “I believe in our team because we’re ‘Northeast Tough’ and we can pull this game out.”

The Eagles also have some extra motivation for this game. The winner will get the top seed in the Class 5A Division I bracket and host a bi-district playoff game next week. The schools are also separated by six miles in the Northeast and the Eagles are very familiar with what the Huskies bring to the table.

“There’s always that little extra flair when we play Chapin,” said senior offensive lineman Brett Wydra, “But we treat every game as an important game no matter the opponent and I think we’ve done a good job of that this year.”

Just down the road, Chapin has rolled along at 8-1 overall and continued to assert themselves as one of the top teams in El Paso. The Huskies were looking strong last season with an 8-0 start but lost their last two games (including a 17-14 defeat at the hands of the Eagles) and never looked quite the same. This season paints a different story.

“We play as one unit and everything we do is for the team and not ourselves,” said quarterback Anthony Baird, “I felt like last year we didn’t play as much for the team and that’s been a big change this season.”

The Huskies have been known for their strong defense in recent years but after replacing eight starters, head coach Rene Hernandez it was going to be a transition. But as they close the regular season, he’s been impressed with how that unit has come together.

“After losing a lot of seniors last year, we had to have a lot of younger guys step up,” senior linebacker Jose Soto said, “They’ve grown and I feel like our chemistry has only grown throughout the year.”

“They’ve come together really well,” said Chapin head coach Rene Hernandez, “Our defensive coaches have done a great job of keeping things simple and just letting them go after the ball. They’re athletic, they have size and they’ve gotten better as we go.”

Offensively, the Huskies are led by senior quarterback Anthony Baird (2,425 yards passing, 30 TDs) and his host of talented playmakers, including 230-pound running back Matthew Zubiate (712 yards rushing, 6 TDs) and top receiver Christian McKeever (1,065 yards receiving, 13 TD). The Huskies know they’ll have a steep challenge going up against the talent of Andress, but Hernandez is confident in his team’s readiness.

“We have to slow them down just because you’re not going to stop a team like Andress,” Hernandez said, “Whoever makes the fewest mistakes will have the advantage and we hope to be right there with them.”

The Huskies and Eagles face off at 7 p.m. MST at Irvin Memorial Stadium on Friday night. 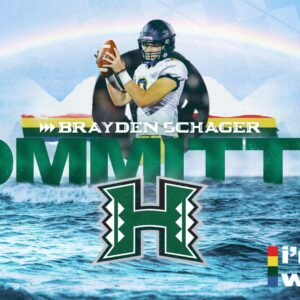