El Dorado Leads the Way in District 1-6A Race

After an exciting three weeks of football to start the season in El Paso, Week four offers a chance for all eight teams in District 1-6A a chance to catch their breath before the start of district play. We love making preseason projections, but this scheduling quirk provides a great opportunity to step back and project what should be a very competitive race for the District title. El Dorado won the district title a season ago, followed by Americas, Eastwood and Montwood clinching playoff spots. Will we see the same results this year? Let’s take a look.

The Aztecs have been as good as advertised on offense and junior quarterback Cedarious Barfield has emerged as a breakout star. Last Friday against Midland Lee, Barfield put on a dazzling show, throwing for 511 yards and six touchdowns while adding 165 yards rushing and another score. He even added a 76-yard touchdown reception to cap it off. With a wealth of talented receivers to go to, including Jorge Hernandez and Washington State commit Tyquez Hampton, the Aztecs will look to defend their District Title. They have a stiff first test, hosting the Eastwood Troopers on Thursday in what will be one of the top games in 1-6A this year.

After a slow start offensively, the Trailblazers found a groove last week at home, defeating the Midland Christian Mustangs. The offense runs through Joshua Fields, a tough runner averaging almost 143 yards per game so far on the year. Receiver Tremaine Henderson and quarterback Cristian Estorga are also solid pieces. If the Blazers are going to take the title, their defense will have to be the X-factor. In their two wins, the defense has delivered with several pivotal stops in the fourth quarter. The Trailblazers face the Coronado Thunderbirds in their district opener.

The Troop have picked up where they left off on the offensive side of the ball, averaging just under 300 yards through the air. Eastwood also put up a very good showing against a tough Permian squad last Friday. The big question is surrounding starting quarterback Seth Ochoa, who left the Permian game with a possible knee injury. He may miss some time and sophomore Darius De Anda took his place during that game. It will be interesting to see how the Troopers handle this potential adversity, but the team is hungry to show that they’re in the top class of the District. They’ll have a golden opportunity next week at El Dorado.

Montwood was able to earn a spot in last year’s playoffs and right now, I’m putting them as the last team into the playoffs out of 1-6A. The Rams have played tough against some strong out-of-town competition and wide receiver Tyreese Andrus has burst onto the scene as one their top playmakers with a three touchdown performance against Midland. If the Rams can find some consistency and build on what first-year coach Ariel Famaligi is placing, then Montwood will be another tough team to contend with in 1-6A. Their first district game is on the road against the Socorro Bulldogs.

After two weeks of not much going right for the T-Birds, Bob Anderson’s squad pulled off a 28-27 win against Andress after the T-Birds stopped a potential game-winning two-point conversion. That win gave Coronado some momentum and will look to get the wheels rolling led by quarterback Noah Vasquez, who has played well replacing injured starter Angelo Donatelli. They face Americas next week in their district opener and look for a physical battle to start things off.

The Cougars have played about as tough of a schedule as anyone in the state of Texas for the first three weeks of the season, so they are chomping at the bit to get 1-6A play started. Running back Seth Dominguez and utility Eric Phillips have been the best playmakers for the squad so far, but they’re going to have to find something offensively if they want to compete for a playoff spot. They host Pebble Hills next Friday night in a game that may determine a lot about the direction of their season.

Pebble Hills has gone through some lumps in their first year as a varsity program, but they’ve also showed some promising signs. They held their own against two of El Paso’s best from 1-5A in Chapin and Andress and have shown some impressive mental toughness on defense. Safety Jacob Hernandez and linebacker Kevin Esquivel lead a gritty Spartan defense, while receiver Justin Wolfe has shown to be a producer on offense catching four touchdowns so far. I’m not sure how many games they will win this season, but they won’t be an easy out for the rest of the district. They face off at Franklin in their first ever District 1-6A game.

New head coach Marcus Graham is trying to establish an identity revolving around running the football and tough defense. In all three games, the defensive unit has done their best to keep the Bulldogs in contention. Turnovers and a lack of firepower have hurt Socorro’s chances so far in 2016, but they hope that the start of district play will be just what they need to turn their season around. They open up district play at home against Montwood in a rivalry game the Bulldogs will be fired up to play.

Brought to You By Xenith 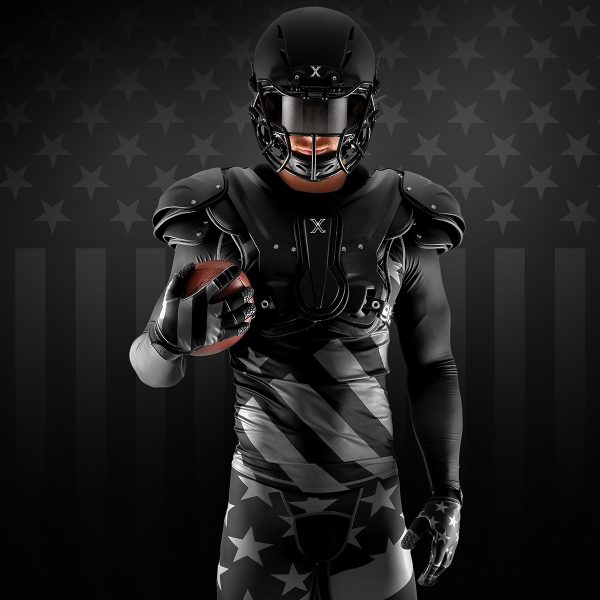 The Cleburne Yellow Jackets and their Search to Rewrite History