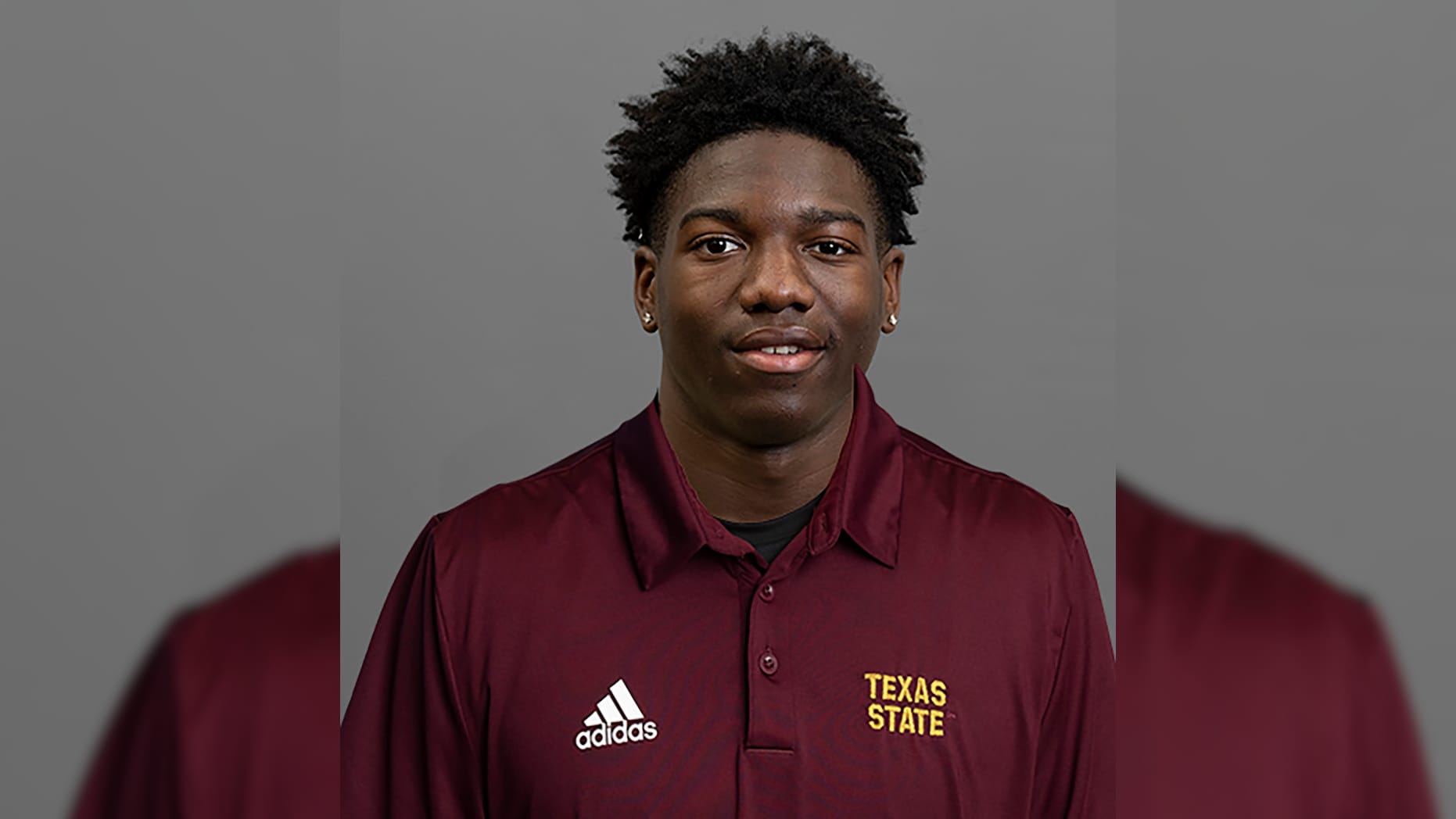 Police say that witnesses described it as a “drug deal gone bad.”  Winters and two friends, Enalisa Blackman and Michael Ifeanacho, entered an apartment complex in San Marcos to purchases marijuana.  At some point inside an apartment, Winters was shot and died on the scene.  Police arrested both of the people identified as Winter’s “friends,” and charged them with capital murder.  They are also looking for two other suspects who were on the scene, one or both of which might be the shooter.  The police released this statement in asking for help to find two people of interest:

The Alief Taylor football team tweeted out this message:

“The Alief Taylor Football program is deeply saddened by the passing of our former DB and TX State DB Khambrail Winters. We will remember (his) extraordinary athletic abilities, but most importantly we will remember his kind heart, and easygoing personality. A true Alief Legend. RIP,” the team tweeted.

Our Texas State University football team is deeply saddened by the death of our team member, and friend, Khambrail Winters. I met with players this morning to share this the news about Khambrail. We will stand together as a team and support one another during this very difficult time. Our thoughts and condolences are with Khambrail’s family and loved ones.

Khambrail’s death is part of an ongoing San Marcos Police Department investigation into an incident that occurred off-campus last night.

We are waiting for more details to be released before we can comment further. The coaches and I are meeting with the team to discuss how we will proceed for the rest of the week.