Looking For Another State Title: The Tuscola Jim Ned Indians 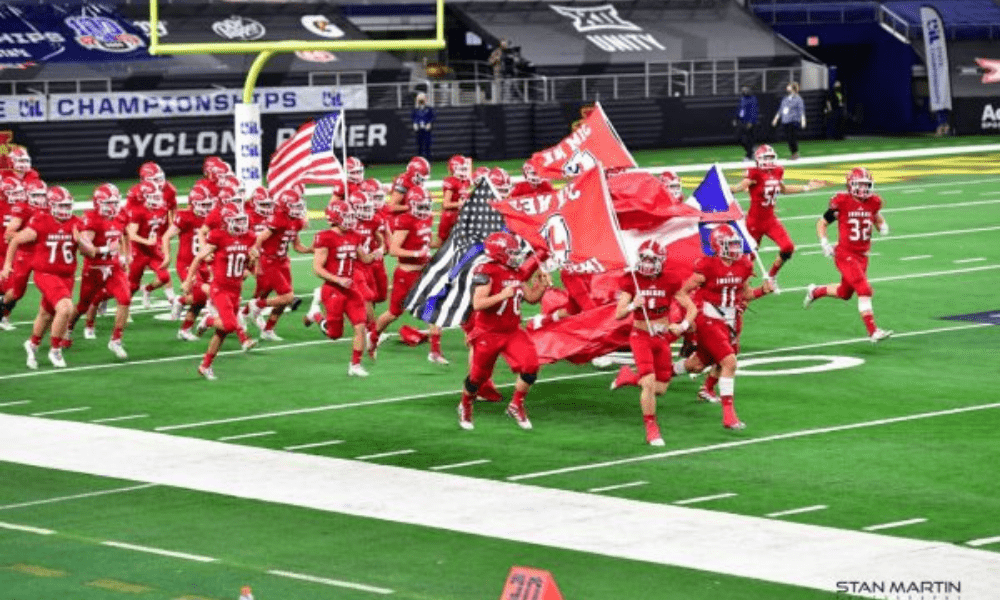 The Tuscola Jim Ned Indians are 8-0 on the season and are the defending 3A Division-1 State Champions, led by a supercharged ground attack that leaves scorched earth in their wake to the tune of 305 rushing yards per game. The Indians average 10 yards per carry and have scored 34 rushing touchdowns.

The offense is scoring 43 points per game and averages 429 yards per game.

QB Tate Yardley has passed for 972 yards, 14 touchdowns, and 2 INTs. He also has added four scores on the ground.

That supercharged ground attack is led by RB Xavier Wishert. A first-team 3A all-state selection, Wishert has rushed for 1615 yards and 20 touchdowns through eight games this season. 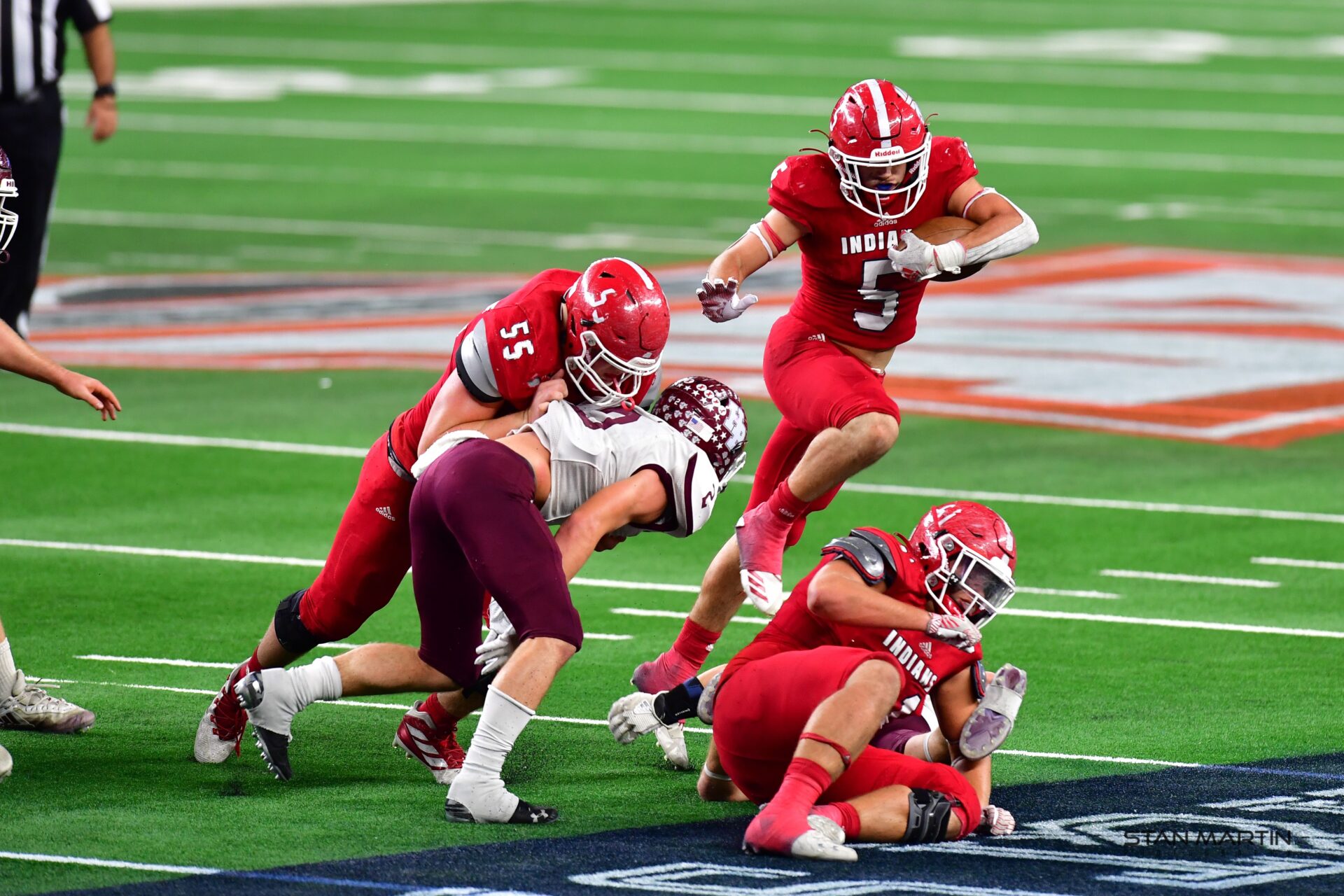 He is averaging a first down every time he carries the ball and 200 yards rushing per game.

Wishert has scored multiple touchdowns in six of the eight games played. His performances this season:

His career yardage numbers stand at 4892 yards 61 touchdowns, and a career average of 8 yards per rush.

On defense, the Indians as a team have recorded 635 tackles, 48 tackles for loss, 10 sacks, 10 INTs, and six fumble recoveries. 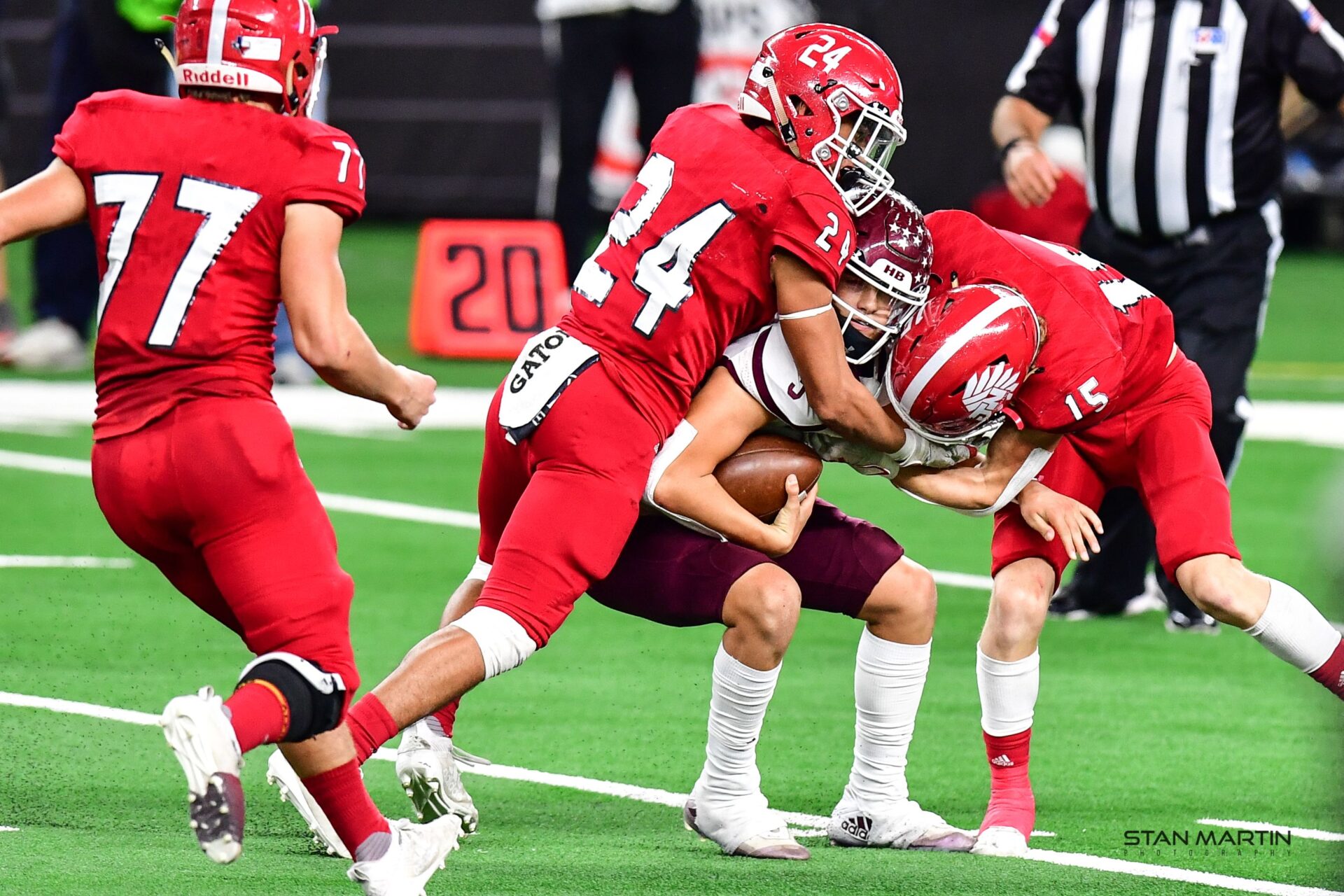 One of the defensive leaders, not surprisingly, is Wishert. He has made 52 tackles, 5 TFLs, 1 sack, and 1 INT. In fact, Wishert was the Defensive MVP of the 2020 3A State Championship Game after making 9 tackles.

He also rushed 186 yards on 35 carries and scored a touchdown on offense in a 29-28 OT win vs Halletsville.

The Indians are coached by Matt Fanning, who has amassed a 30-8 record as the head coach at Jim Ned.

Will the Indians win their second consecutive 3A state championship? Leave a comment below.