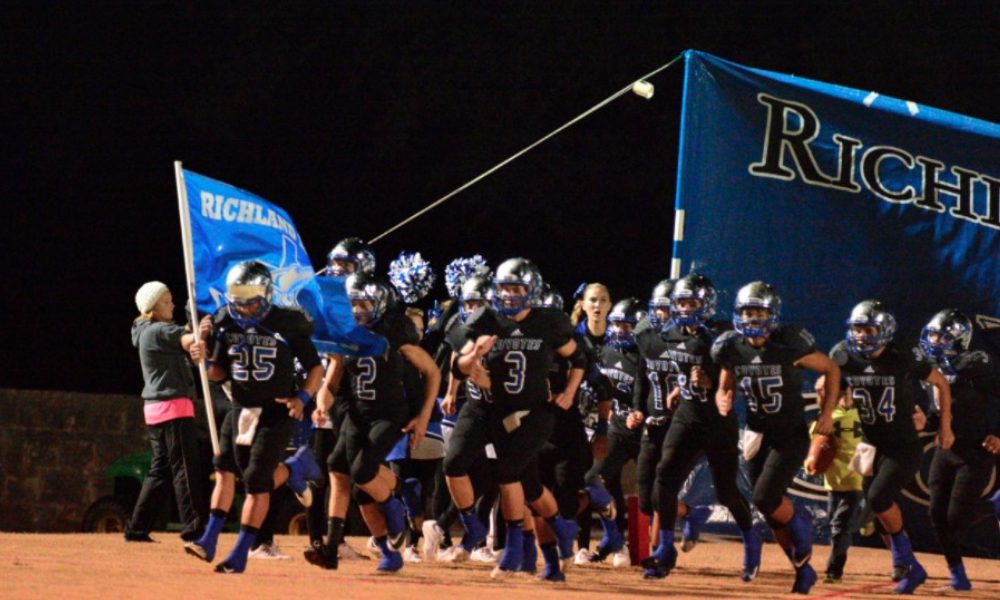 These games can often produce high-scoring thrillers and plenty of offensive firepower (just look at Richland Springs’ wild 119-112 win over Covenant Classical a week ago). With so few numbers, most six-man players star on both sides of the ball for their respective teams. 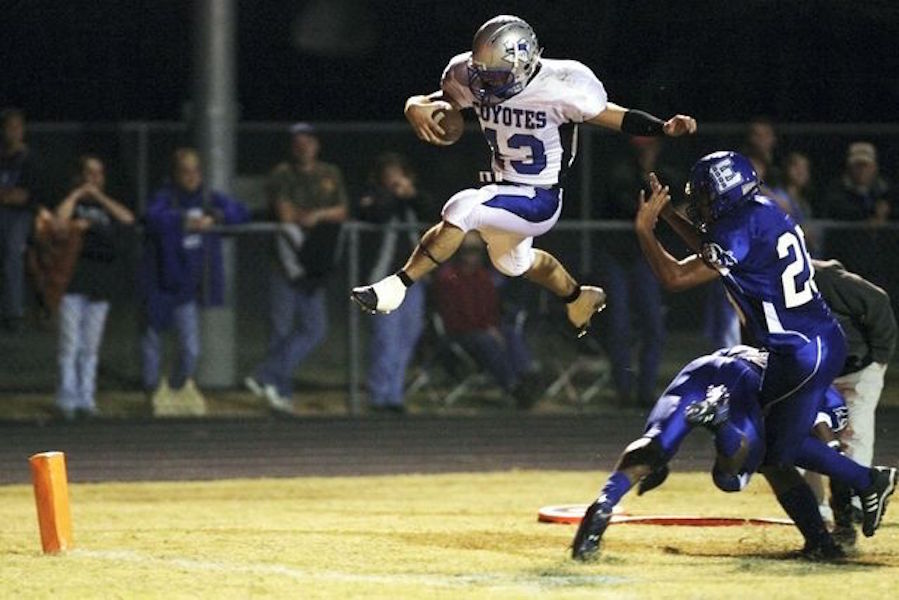 Here is a look at our top 25 six-man football players six weeks into the high school football season.

Joshua and his cousin Stephen were a big reason why Klondike won its first district title in 25 years last season, and Joshua has been just as good this year. He has rushed for 1,270 yards and 25 touchdowns; thrown for 292 yards and eight touchdowns, and racked up 79 receiving yards and touchdown as Klondike has gotten off to a 5-1 start.

Bryant had a huge game in Richland Springs’ wild 119-112 win over Covenant Classical with 523 rushing yards and 12 rushing touchdowns. That brought his season total to 714 rushing yards to go along with his 326 passing yards and 19.5 tackles he has racked up for the 3-1 Coyotes.

Calderon caught the state-title-winning touchdown a year ago and has had just as much success in the passing game this year with 10 catches for 318 yards and five touchdowns through six games. Defensively, he has been a ballhawk too with 44 tackles and five interceptions.

Capps has had as much of an impact on defense as on offense with 26 tackles, 2 sacks, and 9.5 tackles for loss. Offensively, he has rushed for 423 yards and 10 touchdowns while throwing for 111 yards and a score as Richland Springs looks to get back to the state title game for the third year running.

Christel has had a big impact on both sides of the ball for the 6-0 Eagles. He leads the team with 53 total tackles and three fumble recoveries, while offensively, he has rushed for 491 yards and eight touchdowns and thrown for 307 yards and seven touchdowns.

Coming off a big state title game performance to end the 2020 season, Contreras has been as good as advertised in 2021, rushing for 817 yards and 15 touchdowns, while throwing for 110 yards and three touchdowns in four games. Defensively, he has had an impact from his safety position with 33 tackles and five interceptions. (Stats are unavailable for Balmorhea’s win over Marfa on September 17).

Calvert has only played two games this year due to various circumstances, but after a big freshman year, keep an eye on Corona who has rushed for 158 yards and two touchdowns on just 11 carries, while also catching 10 passes for 183 yards and three touchdowns as the Trojans currently sit at 1-1.

Whether by air or by ground, Ethridge has been the man for Springlake-Earth. He has thrown for 794 yards and ten touchdowns and rushed for 601 yards and 13 scores as the Wolverines have come out hot out of the gates with a 4-1 record.

Flores has been a key man for the 5-1 Yellowhammers, throwing for 895 yards and 16 touchdowns, while rushing for 209 yards and four touchdowns. Defensively, he has been just as impactful with 52 tackles and an interception.

Halk is looking to get May back to AT&T Stadium in December as the Tigers seek to avenge their state title game defeat from a year ago. He is off to a great start with 389 rushing yards and eight touchdowns along with 217 receiving yards and five touchdowns. He also had two interceptions, including a pick-six, in a 55-0 victory over Newcastle last week.

Hodges has been a key cog of the Cowboy’s ground game so far this season with 772 rushing yards and 14 touchdowns. Defensively, he has racked up 28 tackles as Happy currently sits at 4-2.

Johnson, a key returnee from last year’s state championship team, has done plenty of damage on the ground for Sterling City (5-1) this year, rushing for 672 yards and 12 touchdowns, while adding 52 total tackles from his linebacker position on defense.

Rankin’s offense has been rolling during its 5-1 start and Kirkland has been a vital part of it. Through the first four games of the season, he had rushed for 972 yards and 17 touchdowns while also throwing for 170 yards.

Anytime Ira takes the field, expect to see plenty of McCowen. Through five games for the Bulldogs, McCowen has carried the ball 126 times for 1,345 yards and 25 touchdowns. He has also totaled 28.5 tackles and two interceptions defensively.

Munoz had a frustrating night on Friday against Blum, but he has been a key part of Abbott’s 6-0 start besides that night with 565 yards and 15 touchdowns on the ground so far this season for the Panthers.

Motley County has its sites set squarely on a trip to Arlington in December after a 6-0 start. If the Matadors are to get there, Richards will be a key reason why after he has already rushed for 1,103 yards and 24 touchdowns in their first six contests.

The Bearkats have loved to air it out this year and having a quarterback as talented as Seidenberger makes that much easier to do. He has thrown for 821 yards and 16 touchdowns with just two interceptions as Garden City currently sits at 4-2.

On the basketball court, Thomas already has an offer from Oklahoma State. On the football field, his 6’7” frame is a nightmare for defenders, and he has caught eight passes for 340 yards and five touchdowns in just two games for the Trojans (1-1).

Oglesby is off to a 5-1 start, and Thompson has done it all for the Tigers. He has thrown for 247 yards and three touchdowns; rushed for 643 yards and 12 touchdowns; and picked off five passes and totaled 28 tackles from his safety position on defense.

Miami may be 2-4, but Thompson has shined as the centerpiece of the Warrior offense. He has thrown for 968 yards and ten touchdowns in addition to 860 yards and 13 touchdowns on the ground in five games. (Stats are unavailable for Miami’s 56-8 defeat to Kress on September 10)

Perrin-Whitt goes as its talented senior running back goes. So far, Whitt has been leading the way for the Pirates offensively with 592 passing yards and 10 touchdowns through the air along with 303 rushing yards and five touchdowns.

Water Valley hasn’t won seven games in a single season since 2014, but the Wildcats are off to a flying 6-0 start this year thanks in part to the play of Wiese. He has rushed for 948 yards and 22 touchdowns so far this season, while also securing 24.5 tackles, including 8.5 TFLs, at linebacker for the Wildcat defense.

Benjamin has already tied its highest win title since 2009 after a 6-0 start. White has been the main man offensively for the Mustangs, throwing for 752 yards and 17 touchdowns and racking up 561 rushing yards and ten touchdowns on the ground through the first five games this season.

Loraine is off to a 3-3 start, but super sophomore A.J. Williams has been a key man for the Bulldogs. Most of his damage has come on the ground with 778 rushing yards and 22 touchdowns, but he has also thrown for 272 yards and two touchdowns. Defensively, he has totaled 38 tackles and two interceptions.