Since Chad Morris has taken over the SMU program things haven’t exactly been sunshine and rainbows despite many believing he was a slam dunk for the Mustangs when he was hired in 2015. The Ponies were only able to muster two wins in Morris’ first season as head coach, and only one of those came within their conference schedule. While many weren’t expecting instant success given the state of the program upon his arrival, it definitely wasn’t the most encouraging of starts to Morris’ tenure.

Coming into this past Saturday’s matchup against in-state foe Houston, Morris’ Mustangs were on a three game losing streak, but they already had matched their win total from last season. The Cougars also came stumbling into the matchup after losing to Navy on the road and getting into a scrap with Tulsa at home, but they were still a three touchdown favorite over the Mustangs on the road. The opportunity was there for Chad Morris and his team to pick up a huge upset and a potential program changing victory over a conference and in-state opponent.

What transpired out on the field on Saturday could not have been scripted better by the SMU coaches themselves. The Mustangs came out from the opening kickoff and hit the Cougars square in the mouth and sprinted out to a 28-7 lead at halftime. On top of the Mustang offense clicking on all cylinders, the Mustangs defense was all over Greg Ward Jr. from the opening snap as they sacked him seven times and had him and the Cougars offense sputtering all night long. Chad Morris’ bunch never trailed all night and it was by far their most dominant effort under the second year head coach. Houston coach Tom Herman couldn’t really put his finger on why his team struggled so mightily on Saturday night, but social media made sure to remind everyone of his quote that he made in spring that was a slight to SMU. Needless to say, this victory was enjoyed by everyone in and around the program for the Mustangs.

After struggling mightily to get on the right track, it can’t be understated what a win like that can mean for a program like SMU. The Mustangs haven’t beat an opponent ranked 11th or higher since 1982 and that was before the program was hit with the “Death Penalty” that absolutely crippled the program and put into a tailspin that it is still trying to recover. A win like that this could jumpstart the program in the short term and give Chad Morris and his team a much needed confidence boost that they have been looking for since they arrived in Dallas. While SMU isn’t likely to win the conference this year, this will more than likely give the Ponies a very nice boost on the recruiting trail within the Metroplex and the state and that is very important as they try to continue building a consistent program. One thing is for certain, the Mustangs have their quarterback of the future in Ben Hicks, a solid back in Braeden West, and a playmaking wide receiver in Courtland Sutton. Being an offensive minded coach, Chad Morris has to be licking his chops knowing all of these guys have multiple years of eligibility left. 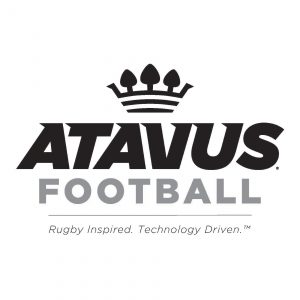 What Does Texas and Jacksonville Have in Common?