The Porcupines Cast the Demons out of Midland

It certainly felt as there was some divine intervention for Springtown on several plays in the game to help get them rolling on the right track. Dumas would win the coin toss but not much more last night against Springtown in the 4A Quarter finals matchup played in Midland. The demons deferred the coin toss, giving Springtown the ball first. Springtown started the opening drive on the 25 yd line after a touch back on the opening kickoff. Going straight to their running game the Pines mounted a 6-play drive one of which was the final run where Cameron Rickett fumbled the ball on the 4 yd line. The ball was batted around by players from both teams prior to being recovered by Andy Behle in the end zone for a touchdown, Miracle #1.

A typical kickoff From Hall would result in a touch back for the Demons allowing them to start on their own 25 yd line but soon would be pushed back to the 20 for a false start penalty. It would seem nothing was working out like they had planned with the next play netting zero yards, followed by a yet another false start pushing the demons back to their own 15 to make it 2nd and 20 this had the feel of a 3 and out. Until Williams connected with Romero for a 38 yd catch and run to pull them out of the whole. Williams would settle in and march his army of demons down the field on a 9-play drive ending on a 9 yd run By Williams.  to make it 7 to 7.

Springtown would field the kickoff at the 1 yd line and run it out to the 15 for Quarterback Camden Chesney to take over. This drive would not prove to be as successful after 2 runs netting 6 yds, a false start and to top it off with a Chesney tossing up a pick 6 to Defensive back Caleb Suggs. To put Dumas ahead 7 to 14 and letting a little air out of the tires of the Springtown offense with 2:46 remaining in the first quarter.

Ricky Bell received the kick on the goal line and returned it to the 10 yd line before being brought down. Having their backs against the wall the Offense would start again returning to the run game but had very little luck and forcing them to put from their own endzone. Halls put was 57 yds in the air and was unable to be fielded cleanly by the receiver Pancho Moreno and Springtown recovered the ball on 43. Miracle #2

The offense feeling the weight of the team on their shoulders once again took the field at the end of the 1srt quarter. The 2nd quarter would prove to be much more of a blessing then the 1st as Cameron Rickett took the first play 39 yds to pay dirt to tie the score up again. The extra point by Hall was by all rights blocked by the defending demons but by the grace of God it tumbled through the uprights. Miracle #3

With the emotional momentum starting to sway to the Pines the Dumas Offense came out ready to make something happen quick and they did. Cage Teague of Springtown jumped a sideline route for a pick 6 thrown by Williams on the 2nd play of the drive to turn the tides and put Springtown ahead by 7 with 10:48 left in the 2nd quarter. Miracle # 4

Dumas went 3 and out on the next series and punted the ball away. It looked as if the ball had been fumbled by the receiver, Aaron Foster who had was hit as he was trying to catch the ball which, resulted kick catch interference call by the officials. Spring town was given the ball with a short field ( their own 38yd line)  where they would run 4 plays to get back to the Holy land to make the score 28 to 14 with 6:52 remaining in the first half.

Dumas would have another touch back from Halls kick going through the uprights to start their drive on the 25 once again. Dumas offense would not stay on the field long as Cage Teague caught an interception from Williams who was getting hit as the released the ball on the 2nd play of the drive. (Miracle #5 ) This would give Springtown the ball on thier own 38

Dumas Defense came out with a vengeance sacking Chesney combined with a 10yd holding penalty would take the pines out of field goal range and forced a punt with 4:04 left to play in the first half. Dumas had similar issues as Springtown on thier next possession and punted the ball away with 2:05 still on the clock for the first half.

Dumas managed to muster up enough offense in the reaming 1:10 to make a field goal taking us to halftime with a score of Springtown 35 Dumas 17.

Knowing at this level of football no lead is safe Coach Brian Hewlitt rallied his defense to stop Dumas from driving the ball down the field. A 6 yd run followed by another false start gave them a 2nd and 9 play, much like Dumas’ first offensive series, when Williams threw another interception this time to Brendon Norwood who ran it back to the 5 yd line. Miracle #6. Cameron Rickett would run it in the next play. Springtown 42 Dumas 24

The deflated offense returned with a 8 play drive which included a 30 yd run and a 7 yd touchdown run by Williams with 6:41 to go in the 3rd Springtown attacked quickly with a 4 play drive capped off by a 63 yd run by Aaron Foster for a touchdown. To make it 49 to 24 with 4:46 in the 3rd.

With an increased sense of urgency, the demons an 8-play drive before turning the ball over on downs failing to progress to the first down marker on an incomplete pass from Williams. Spring town again with back to the miracle sack (#7) and pulled out a pitch right from Chesney to Rickett who scurried toward the side line and hurled a pass to Andy Behle for 38 yds. The drive would end with a touchdown pass from Chesney to Cooper Croft from 12 yds out. 56 to 24 wit :27 left in the 3rd

Dumas would start off the 4th Quarter with more penalties causing them to punt. Springtown has the ball on the 27 but could only get 11 yds before punting it back to Dumas with the ball coming to rest at the 8 yd line. After a 7 yd sack on Williams the Demons were backed up 3rd and 14 when Williams was flushed from the pocket and evaded several defenders to scurry up field 35 yards. He would foll0w that with a 39 yarder to Louis Ortiz to put the ball on the 19. Where they would run 3 plays to bring up a 4th and 4 Williams drops back and passes to Kyle Stroebel for a 12 yd Touchdown pass. Score is now 56 to 31 with 4:41 remains in the game and both teams have 3time outs.

but it is quickly swept away by the Demons.  The ball on the 41 Williams throws a brilliant pass to Louis Ortiz to make it a ball game again.

Yart make a great attempt at the onside kick but this time Springtown covered the ball at the 10 yd line but a holding penalty on Dumas gave them and additional 5 yds to start on the 15.  The offense took the field and methodically drove the ball down to the opposite end of the field before kneeling and running the clock out to end the game.

The Demons proved to be worthy opponents and there was never a comfortable lead in the game. Fate just was not on their side to last night. Their boys showed a lot of heart and sportsmanship you can tell they a wellcoached.

No. 6 Lampasas receiver nabs top spot on MNF’s “You Got Mossed!” 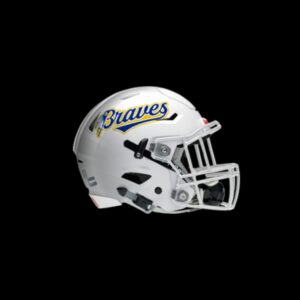 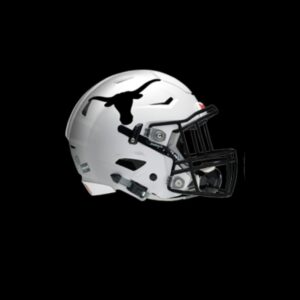 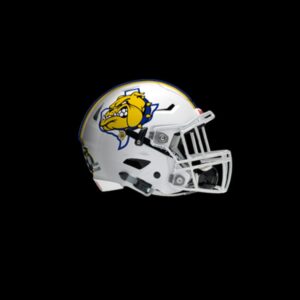