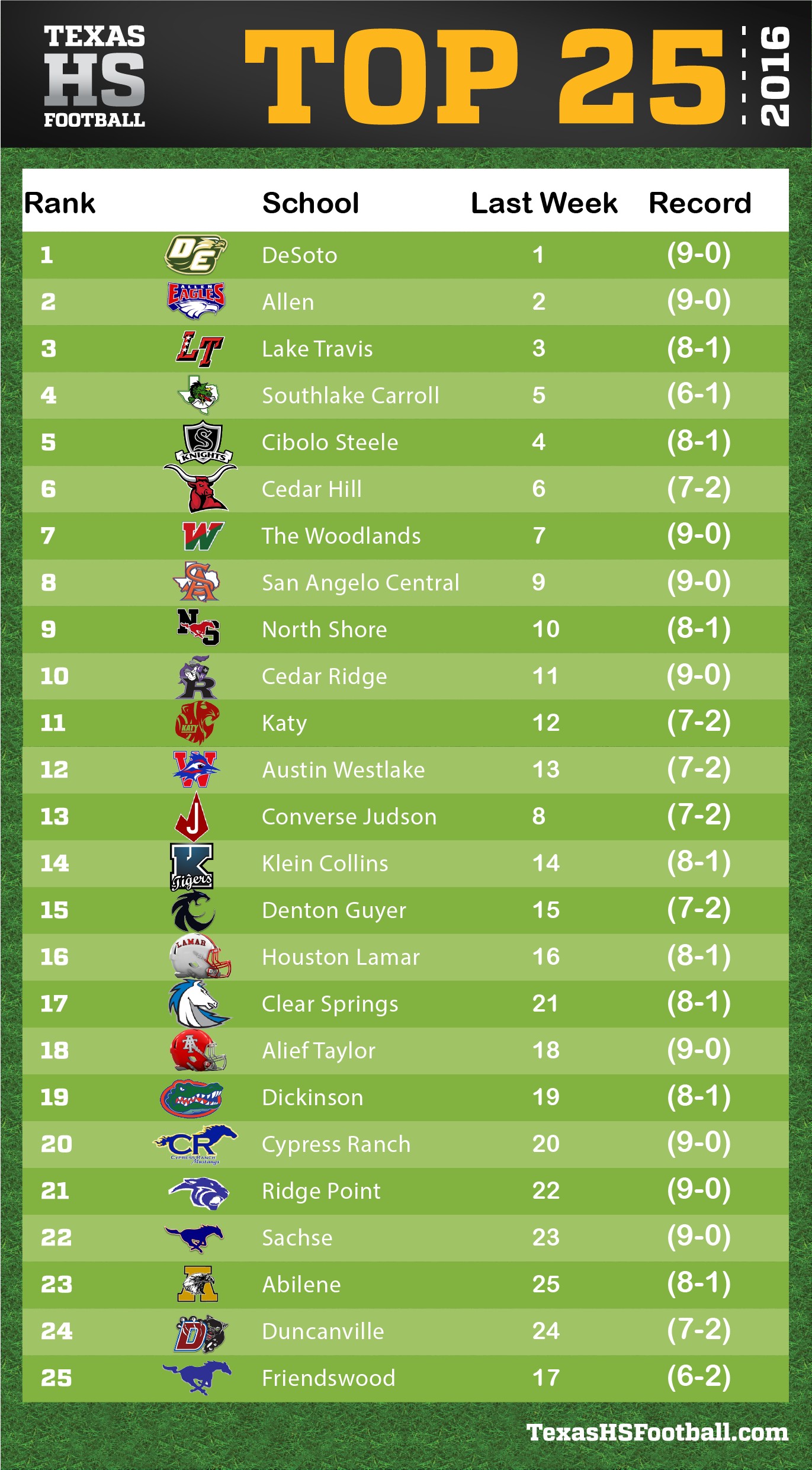 Converse Judson and Friendswood were the only losses within the top 25. The Rockets fell to No. 13 following a stunning 44-14 thumping from Smithson Valley. Friendswood dropped to No. 25 after a loss to No. 17 Clear Springs. Allen survived a close game with Plano East 38-31 and remains in the No. 2 position. Cypress Ranch and Cedar Hill also won by slim margins. The Longhorns defeated a good South Grand Prairie team 28-21 and the Mustangs held on against Cy-Ridge 27-24. Don’t look now but No. 11 Katy has reeled off six consecutive wins while their defense has only allowed 36 total points during that span.