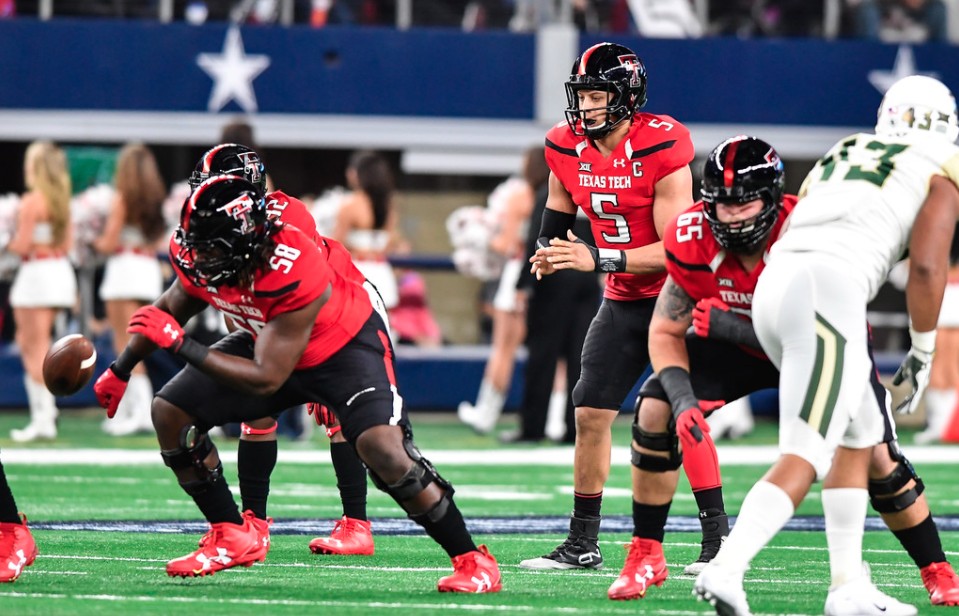 Despite leading the nation in total offense in 2016, Texas Tech’s offensive line was a glaring weak spot. The unit’s shortcomings were partially mitigated by the escapability of quarterback Patrick Mahomes, who has moved on to the NFL. The running game never took off last year. And while part of the blame there lies on the running backs, the offensive line was not much help. The Red Raiders averaged a dismal 3.2 yards per carry in 2016.

Whether they’ll be improved in 2017 or not remains to be seen, but there are certainly enough new pieces in place that provide for some optimism that things will be different. 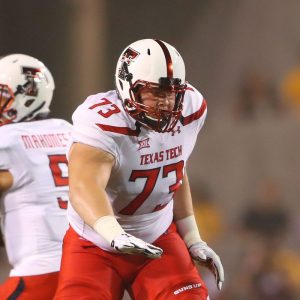 Halfway through the season last year, starter Justin Murphy announced his retirement from football due to health concerns. A sophomore at the time, Murphy was one of the more promising prospects on the line. His absence moving forward is a bit of a blow for Tech. Baylen Brown was the leader of 2016’s offensive line unit, and the Red Raiders are tasked with replacing him after graduating.

There will be some new faces up front in 2017. Incoming freshman and early enrollee Jack Anderson projects to start at guard after impressing throughout spring practice and fall camp. While young, he may have the most raw talent of the entire group. Anderson was a four star recruit coming out of Frisco High School and headlined Tech’s 2017 recruiting class. 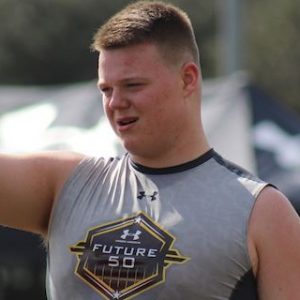 Joining Anderson in Lubbock and at the opposite guard position is Jacob Hines, a JUCO transfer from Long Beach City College. Hines was not necessarily expected to start when he joined the team this spring. However, Madison Akamnonu sat out during spring practice with a back injury, allowing Hines to take more reps. When fall camp rolled around, Hines did enough to hold off Akamnonu for the starting job heading into the season.

Rounding out the interior offensive line is starting center Paul Stawarz, who’s solidified himself there after receiving significant playing time at a few different positions on the line in 2016. Backing him up is Tony Morales, who is entering his seventh season of NCAA eligibility this fall after sustaining multiple injuries early on in his collegiate career. Morales started all 12 games at center in 2016, but has been overtaken by Stawarz. Morales should provide excellent experience for a backup given his background.

The two tackle spots will be secured by two up and coming offensive linemen. At right tackle is redshirt sophomore Terrence Steele, who was the starter at left tackle for a majority of the 2016 season. The coaching staff obviously believed in Steele to put him at the most important offensive line spot as a freshman, but the young gun took his lumps. During Brandon Jones’ transition to coaching the group, Steele was moved to right tackle where the coaching staff believes he’s more comfortable. 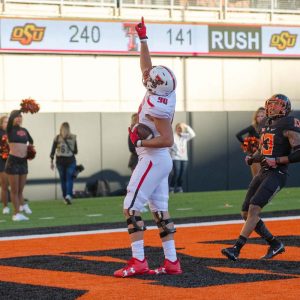 Manning the blindside for Tech now is sophomore Travis Bruffy. Most Red Raider fans might only know his name from a touchdown he scored against Oklahoma State last season. Bruffy lined up as a tight end in a heavy package near the goal line. The Oklahoma State defense suspected a run play, so Bruffy was wide open in the end zone on a play action pass.

Bruffy didn’t see a whole lot of noteworthy action apart from that play in Stillwater, but he’s done enough during the offseason for the coaching staff to feel confident in him playing left tackle. Bruffy put on a lot of weight during the offseason program, secured the starting job in spring practice and hasn’t looked back.

The Texas Tech coaching staff seems to believe they have an upgraded unit from last year. Any time you demote a 12-game starter from a year prior to backup, that means you feel pretty strongly about his replacement. That’s exactly what Tech did at their center position, and it’s similar to what they did with their tackles – moving the starter at left tackle to the right side and bringing in someone else for the left side. And while there’s still a good amount of youth and inexperience on this unit, that means there may be some issues early on but things should improve as the season progresses.

Overall, this unit projects to go from poor in 2016 to about average in 2017. In a high flying offense like Texas Tech’s, average offensive line play should be enough to adequately distribute the ball to their playmakers at the skill positions and move the chains.