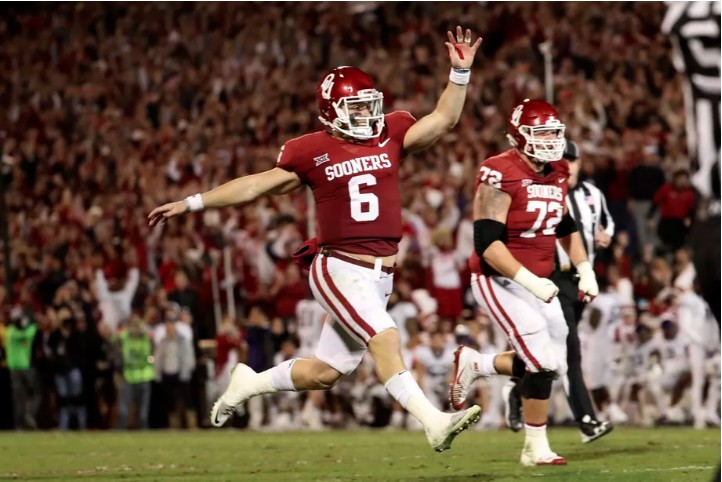 AP – The Associated Press has released its All-America Teams for the year, providing us with a team of impressive players. Of the 75 players selected, nine are from the state of Texas. Here’s a quick list of those.

Everyone knows him, if you watch college football. Coming off a Hiesman season, Mayfield could secure himself as one of the best in school history with a national championship this year.

Two of the bigger award winners in Mayfield and Washington hail from the Lone Star State. It’s no surprise they both ended up on the first team here. Washington was an NFL prospect before the season, and should be expected to go early in this years draft.

Jackson had a huge year for the Hawkeyes. The junior had seven interceptions, five of which came against Ohio State and Wisconsin. It was his first year as a starter, but he has as many interceptions as anyone in the country. The season has reportedly led to Jackson weighing options on returning or turning pro.

Elliott has already declared for the draft after a great year with the Longhorns. The junior had 63 tackles, six interceptions, nine pass breakups and three forced fumbles.

This is the third award Oliver has gotten this offseason. The other two – The Outland Trophy and was named the American Athletic Conference defensive player of the year. He’s only a sophomore.

Jefferson has yet to decide if he’s going to stay in Austin or head to the NFL. But, he’s pretty good and would probably be an early-round pick. He finished this year with more than 100 tackles and four sacks.

The hardest name to spell out of any one on the All-American teams. He finished this year with 71 total tackles, eight sacks and three forced fumbles.

A few years back, Jones was committed to Oklahoma State. He changed his commitment to USC and it’s worked out well for him. Honestly, he could have been higher on this list and to some, he’s worth more to USC than quarterback Sam Darnold. Jones II finished with 1,486 and 18 touchdowns.

Going into the season, his career total of 241 tackles made him the leader on the Aggie defense. He landed a spot on the All-American team this year as the only active player with at least 300 tackles and 10 interceptions.

Others Who Play At Texas Schools

Hernandez was named to the team for the second-straight year. But, we have more on that here.

TCU is a top 20 team and got one player on the AP All-America teams. Regardless of how that makes you feel, at least it was on the defensive side. The defensive end had 11.5 sacks this year. It’s crazy that 5.5 of those came against Baylor.

There are more players from Big 12 schools on the list. You can view it here.