Simply put, the former Austin Westlake signal caller put together one of his strongest performances on Sunday afternoon. Brees finished going 23-of-33 for 376 yards and two touchdowns.

He did have the one interception late in the game (that turned out to be a fortunate break) and now he’ll get set to have his team ready to play Case Keenum and the Minnesota Vikings next week.

It wasn’t the prettiest offensive day for the Jacksonville Jaguars, but they found a way to get a 10-3 win over the Buffalo Bills in the AFC Wild Card Game on Sunday. Former Cameron Yoe star Dede Westbrook has started to emerge as a go-to target for Blake Bortles.

The stout Jaguars defense put together another strong performance against Buffalo and they’ve been able to get contributions from a variety of players. One steady performer has been former Dallas Kimball star Tashaun Gipson, who finished with five tackles on the afternoon.

The Falcons offense was a bit inconsistent at times this season but one of their most reliable players has been kicker Matt Bryant. The Bridge City alumnus made all four of his field goal attempts on Saturday night, including a long of 54 yards that helped boost Atlanta into the divisional round with a win over the Los Angeles Rams.

Derrick Johnson was a playmaker on Saturday against Tennessee, finishing with eight tackles a sack and a tackle for loss. One of his biggest plays, however, ended up not counting.

With the Titans looking to close out the game, Johnson picked up a Derrick Henry fumble for a touchdown. However, the officials had ruled Henry was down on the play. Even with that play not counting, Johnson had one of his strongest games of the year. 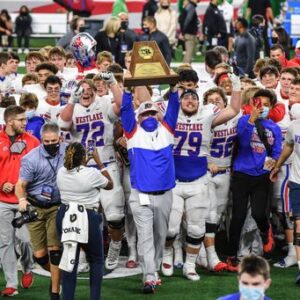