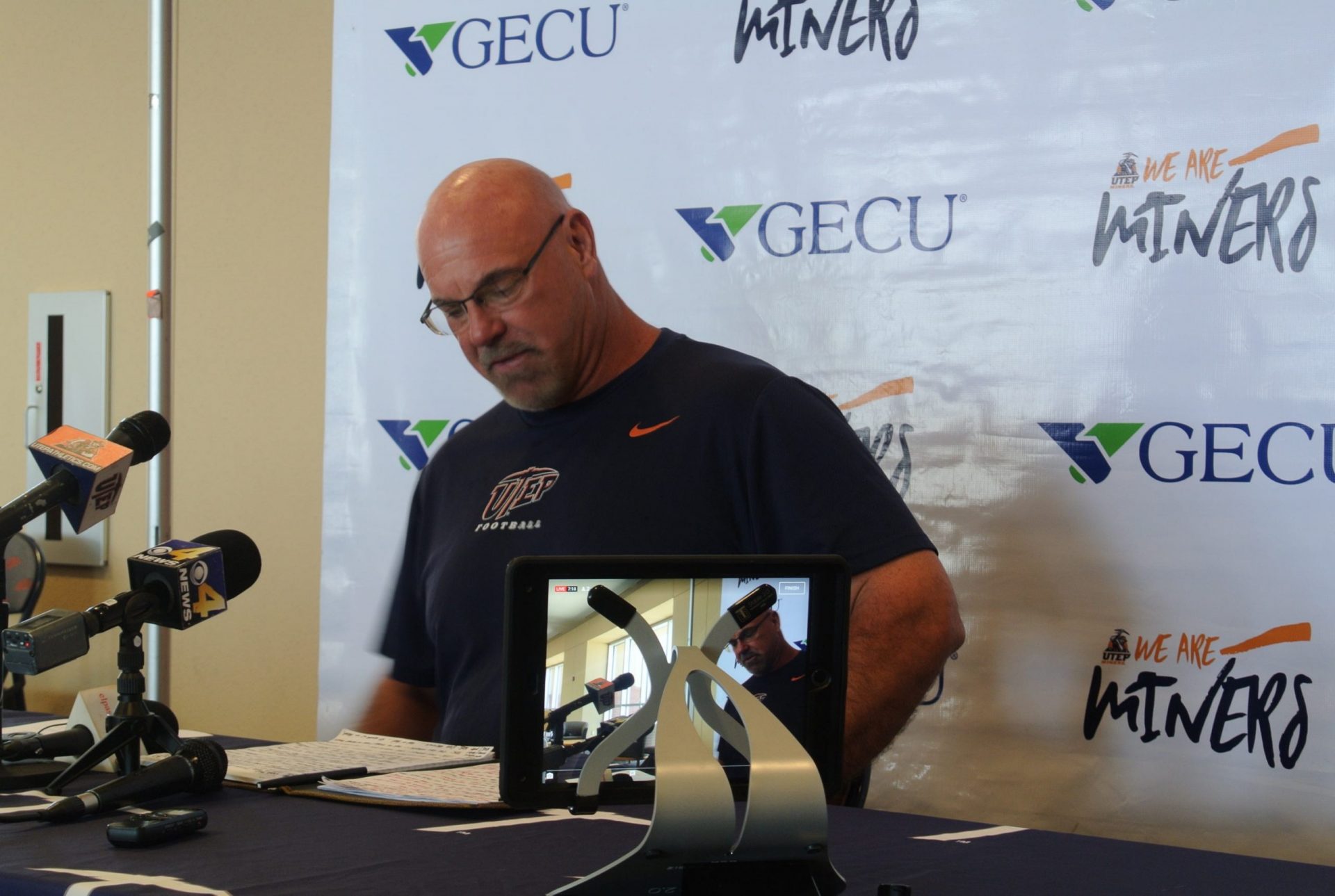 As the UTEP Miners begin their 2017 season, Sean Kugler is like most coaches: optimistic and excited about his team and what he has for the upcoming year. That said, he’s not mincing words about the team’s first game against the Oklahoma Sooners.

The Miners are a 45-point underdog to the Sooners and Kugler knows what kind of challenge that the Sooners impose that include Heisman candidate Baker Mayfield at quarterback.

“I feel like they have probably the best returning quarterback in the country,” Kugler said of Mayfield, “He threw for close to 4,000 yards, but his efficiency is what sets him apart with 40 touchdowns and only eight interceptions. He makes great decisions with the ball. He can hurt you multiple ways and make plays with his legs.”

This will also be the first game in the post-Aaron Jones era for the UTEP Miners. Throughout camp, Walter Dawn, TK Powell and true freshman Josh Fields have each been taking reps to see who would emerge as the leader to replace the school’s-all time leading rusher.

Kugler said he’s going to take a running back-by-committee approach but also shared some surprising good news on Monday when he said that Quadraiz Wadley would return at some point this season. The former Kennedale star had been ruled out for the season after injuring his shoulder during spring football.

“We’re going to gain back Quardraiz Wadley at some point very early in the season.  That’s good news for us because we were not anticipating that,” Kugler said, “The kid has worked his tail off to get back healthy.  We’re anticipating getting him sometime around October.”

Having Wadley back at some point this season will be helpful for the Miners, who are looking to rebound in 2017 after a disappointing 4-8 season a year ago. Most national preseason predictions aren’t high on the Miners in 2017 either, but Kugler is just focused on controlling what he can with his team.

“Number one, I’m not going to give you a count of victories. And no disrespect to anybody here, I respect all of you guys, but I really don’t care what the media thinks. All I care about is the 105 guys that are in that room and at the end of the year, if we’re standing there in a bowl game, then we will accomplish our goal.”

The Miners take on Oklahoma on Saturday at 2:30 p.m. Central Time in Norman.