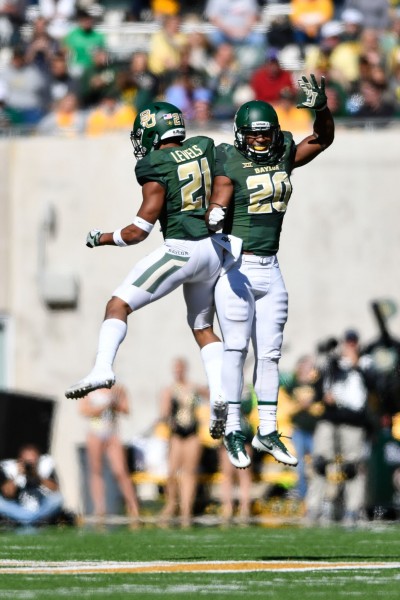 Texas coaches on their way out
Let’s play a game called “Which Texas FBS coach is getting fired first”. It’s a lengthy title, but it’ll be an even longer list of hc’s getting the boot this off season.

Homicide are in! Can they escape from Jigsaw? #sheffieldissuper #jigsaw #saw #teamwork pic.twitter.com/upVH7ijrJO

Step right up, and spin the wheel. Odds are the pegs will stop rotating and the pointer will rest on coach Charlie Strong.

We all know his welcome at UT has diminished, and judging from the media frenzy flip-flopping on his employment status for TCU, he knows the season finale will be his last at the states capitol. The third year coach doesn’t seem to have answers, breaking down when asked a question in the post-game conference following a loss to the Jayhawks for the first time since 1938.

Following Texas’ loss to Kansas, Charlie Strong got emotional after getting asked about his future at UT. https://t.co/vwKH4b2zux

Weeping all the way to the bank

Here is a comprehensive ranking of likeliest firings.

Bears infatuated with Morris
According to multiple sources, Baylor is pursuing coach Chad Morris for his services next season. Interim coach Jim Grobe is done after dropping four straight, and Baylor looks like the worst team eligible for bowl consideration.

After starting his first two seasons with horrendous records (1-11 and 2-10), Morris has tamed the ponies into a disciplined football program, leading them to the cusp of their first bowl eligibility since taking the reigns of the team. The Mustangs are strong proponents of an uptempo spread scheme mirroring Baylor’s offense; the transition would be seamless with Morris’ background as an offensive coordinator implementing the Air Raid. The only downside is the stigma that comes with the morally corrupt program; Penn State was able to overcome their disturbing past and are currently at No. 8 in the polls. Morris will likely attempt the same feat.

Watch #SMU HC Chad Morris discuss the rumors about him and Baylor 🎥 pic.twitter.com/uBo4Zu7LQA

The front row of reporters had to duck when Morris’ nose started growing.

Texas State worst in Texas
Earlier in the season, I wrote a scalding piece on Rice, claiming the Owls wouldn’t win a game this year. So far, they’ve won three, but are no longer the bottom of the barrel in Texas.

The Bobcats caused me to fold up my former previous observations, dip the paper in a sauce for easier digestion, and forced myself to eat my words.

All my terrible sports predictions making me feel like: pic.twitter.com/8soXKkyWfH

They call me the “Sports Nostradamus”. Said no one ever.

Texas State is awful, losing games by an average 41.7 points per game. It’s not like they’re losing to quality opponents; four losses came against teams with a combined record of 14-28. First year coach Everett Withers has lead the Bobcats to the worst record since FBS inclusion in 2012.

@CaitlinKimmell hey now, at Texas State we know we are great at football, we just tailgate harder so we don’t have to remember the game 😅

Texas bowl aspirations
UTSA are one win shy from becoming bowl eligible for the first time in school history. They aren’t the only Texas college eager for a postseason berth; three Texas teams are currently eligible for Bowl games; five are a game short of a Bowl invite.

Regardless, the victor of UT/TCU will place a fourth Lone Star college into Bowl consideration. UTSA is favored against Charlotte; UNT should have an easy task besting UTEP; SMU will have their hands full against Navy; TCU has their finale against Kansas State – the deciding match if they drop the Longhorns game.

On the cusp of eligibility
TCU, UT, UNT, SMU, UTSA

If football was a fashion contest, the Horned Frogs would be undefeated

Brought To you By